Meet Ishita Katyal, the ten-year-old from Pune, who became the youngest TEDx speaker in the world. She had something very important to say. 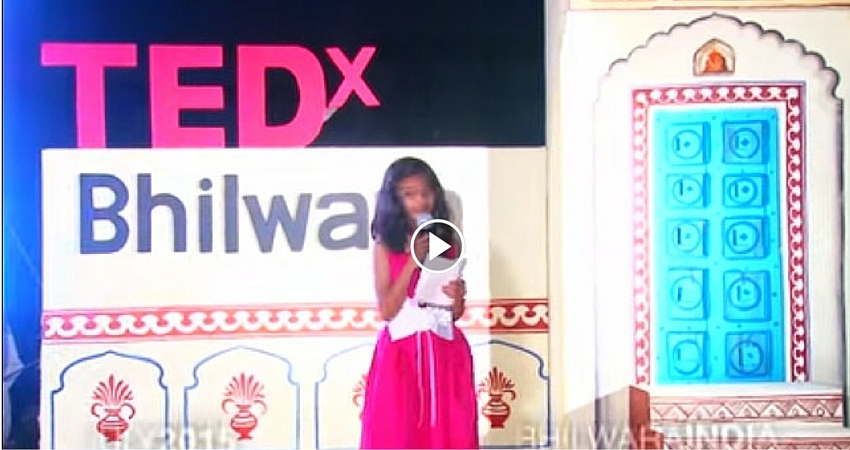 Meet Ishita Katyal, the ten-year-old from Pune, who became the youngest TEDx speaker in the world. She had something very important to say.

Meet Ishita Katyal, the youngest speaker of TEDx youth events in the Asia-Pacific region and one of the most confident, inspiring children out there. Ishita attended her first TEDx event in Pune where she, despite not understanding what the talks were about, was motivated to be a part of the change the speakers were creating with the audience.

Ishita, with the encouragement of her parents, decided to ask the organisers if she could be part of their team. After passing various Skype interviews with the TEDx organisers from around the world, she did.

She conducted a TEDx event at her school about the ways technology can make life easier. She also explained to her fellow students what TEDx is, making them aware of the possibilities and opportunities they have.

Ishita became the youngest Indian speaker at a TEDYouth conference, held in New York. She spoke the cold hard truth on how children don’t have to wait until they’re “adults” to achieve their dreams and how they can make a change in the world today. She always observed that children were asked the same mundane question that somehow led to the derivation of the child’s place in the spectrum of the universe. However, she realised that it is not what happens in the future that matters today, but what happens today that matters now.

Ishita has also adopted one of the best qualities of motivational speakers: she walks her talk.The young girl had always wanted to become an author and so she did. When she was 8 years old, Ishita wrote ‘Simran’s Diary.’ Simran’s Diary is an insight into the mind of a child and the wonders and experiences that the main character faces. Simran’s Diary was first rejected by a few publishers as they were expecting books for kids written by adults, not those written by kids. To which Ishita responded, “Wouldn’t a kid understand better what’s good for kids?”

It is important that we inspire the generations of tomorrow, something that TEDx did for Ishita. Ishita spoke not only to children, but to adults as well.She is a prime example of how children are the leaders of tomorrow, and that age is nothing but a number.