Here's a beautiful story of innocence, dreams and pain. A story that would want you to go and give Maya a hug. This is Maya's story. Here’s a beautiful story of innocence, dreams and pain. A story that would want you to go and give Maya a hug. This is Maya’s story.

The brazen sunshine touched her face, she felt numb and lifeless, the world around her stood still. She felt grimy and her head weighed her down. She almost choked as reality hit her untimely. Barely in her teens, she was deeply hurt and in severe pain. She was bleeding profusely as a prickling chill ran down her spine. Her life was transfigured and her rights violated by a man three times her age, the same man, who married her that very evening. Her whole life came in front of her moist eyes as a flash back. She revisited her childhood, her village where she was raised amid violence, strife and poverty. Her playmates called her Maya.

Her mother worked as a labor for daily wages in paddy fields and as a newborn, Maya was tucked along her mother’s chest. She vaguely remembers her mother being frail and at times, she fainted while ploughing the furrow.

Maya had three younger siblings and like other women in the village; her mother was also betrothed much before puberty. Her father was an alcoholic, jobless and had suicidal tendencies. Maya would often nurse her mother with her petite hands and be by her side, awake throughout the night.

Her mother’s relentless ill health and inability to earn a living made her alcoholic father even more belligerent, angry and abusive. There were days in a row when they did not have proper meals.

The only happy memory that Maya cherished about her childhood was playing with her friends, in the murky shallow waters of the pond behind her house and scurrying up the tree trunks on sunny afternoons. These kept her away from the harsh reality and liberated her, at least momentarily.

Maya would cook, clean, fetch water from the pond, wash utensils and take care of her siblings from a very tender age. Little Maya would often squirm with unrelenting pain in her body and teardrops would hurtle down her sunken cheeks, but she didn’t know whom to share it with. They were a family of six, yet loneliness swallowed her up. Maya never realized that she had a meaningless existence with a deprived childhood because the only life she knew was this.

They were a family of six, yet loneliness swallowed her up. Maya never realized that she had a meaningless existence with a deprived childhood because the only life she knew was this.

Some nights were longer and agonizing, being beaten up mercilessly by an alcoholic father. The other nights, her infant sister, would keep her awake with her nonstop crying.

Her mother’s health deteriorated and her complications worsened; Maya heard her neighbor say that her mother had got septic after the childbirth. Maya got to see very little of her mother, as she passed away when Maya was only seven. She guarded the last memories of her dying mother groaning in pain as little Maya held her cold hands, kissed her forehead and tried to soothe her. Maya felt helpless and even more lonesome, with painful emotions tangled into her; it was as if a part of her was being axed off.

The squeamish feeling stayed on for the days to come.

Maya would often sit out in the open and gaze at the blue sky, the twirling clouds and the birds flocking. The birds flying with their wings stretched out, far away in the sky, somehow gave her the comfort and peace as she grieved the untimely loss of her mother.

For once, she wanted to live a different life – the life of a bird. She wanted to experience a sense of freedom and liberty; she wanted to fly away, far away from this life with her wings stretched out.

The next few years were not easy for Maya either; she learnt to plough the paddy seeds and would spend hours in the field under the scorching sun to make a living. She was the only breadwinner struggling to make ends meet. Her brothers and sister did extend their helping hands, but they were too young to earn a living.

Her father developed chronic respiratory disease and was bedridden. Maya did notice guilt and shame in her father’s sunken eyes. His face became haggard and gaunt with the ailment; it was gradually eating him up. Somewhere it made him realize that he couldn’t give his family a respectable living. After Maya’s mother passed away, her father was withdrawn and a lot more submissive; he would often stare at the blank ceiling and weep.

Time had taken a toll on Maya and before she could even realize it, adolescence knocked on her door.

One day, a relative approached her father with a proposal for Maya. The groom was a wealthy, widowed, middle-aged man from the nearest town. It was not an ordinary alliance; this man appeared as godsend. He offered to take care of her father’s medical expenses and also give him money to take care of the household. Maya heard him say that he owned a grocery store in town, and would send rice and pulses every month to ensure the family was well fed. It was such a tempting offer that Maya’s ailing father couldn’t refuse.

The morning of Maya’s marriage, her father held her hands and wept inconsolably. He hugged Maya for the first time in his life and kissed her on her forehead. Maya was already feeling buoyant and hopeful about her new life. She suddenly felt it was this love and affection that she always craved for, but never had.

Maya didn’t know what marriage was and certainly wasn’t prepared to move out of her cocoon. Her naive mind was burdened with scattered emotions and she felt uprooted. Maya was jittery and felt like throwing up, but soon enough she regained her composure. She knew it was the price she was paying to give her siblings a respectable living and medical attention to her father.

She left her home, her village and her friends behind to start a new life with a stranger, now her husband.

It was way past midnight when Maya reached her new home, hours away from her village. The marriage rituals and the travel were exhausting; Maya could barely keep her eyes open. She was led to a spacious room with dim lights, wooden furniture and big mirrors. The bed was huge with a soft faded-lacy bed sheet and pillows. Everything around her looked intimidating as she had never experienced such magnanimity in the past.

The door made a creaky noise and Maya could sense someone coming into the room. Maya didn’t know the name of the man she was married to, she didn’t see him properly, but she could smell his body odor, a stench somewhat familiar. The squeaking ceiling fan intercepted the daunting silence in the room. It was a hot, humid night and the room was somewhat stuffy. The pungent smell hit Maya’s nose as her husband came closer, she squirmed her feet. He held her so tight that she could feel the pain in her arms running down her spine. He forced himself on her, his weight made Maya choke, she was short of breath and turned her face away from him. He started to undress her and even before Maya could react, he had pressed himself intimately against her bare body. All that Maya felt was excruciating pain in her body and her fragile mind.

When she regained her consciousness, Maya realized that she was lying alone on his huge bed and bleeding profusely, her palms felt sweaty and numb. The silence in the room wasn’t intimidating anymore, the room suddenly felt breezy; she got a peek of the dark sky, dense clouds and birds flocking through the large window.

Maya, as her name depicts was living an illusionary life, a life she wanted to always live – the life of a bird. She was feeling light, unrestricted and liberated. Here was Maya, with her wings stretched out, flying far, far away from this life, where nothing could stop her.

This short story has been previously published at the author’s blog.

Image of a girl flying via Shutterstock 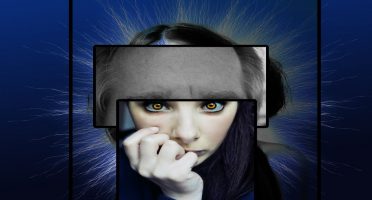 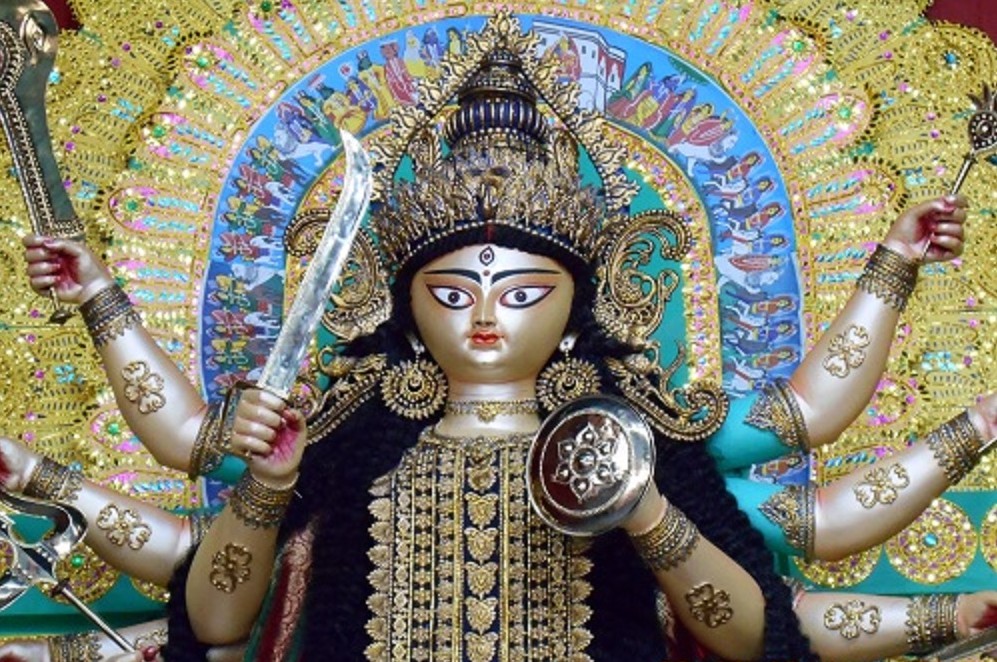 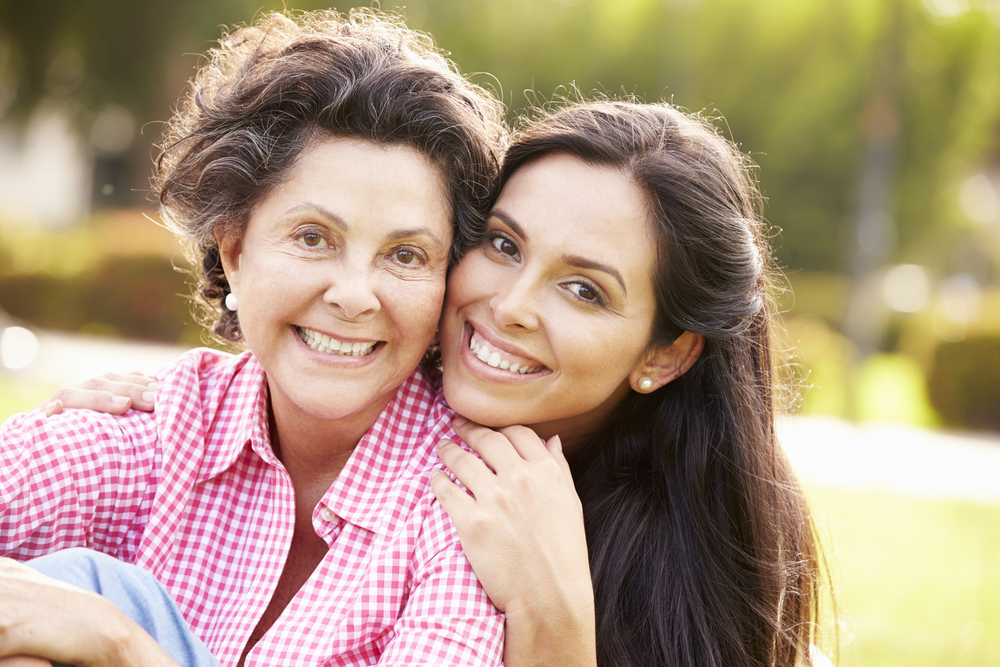