Everybody tells you that travelling alone is one sure-fire way to discover yourself. It's not all that peachy, but it's still very worth it, says this post. 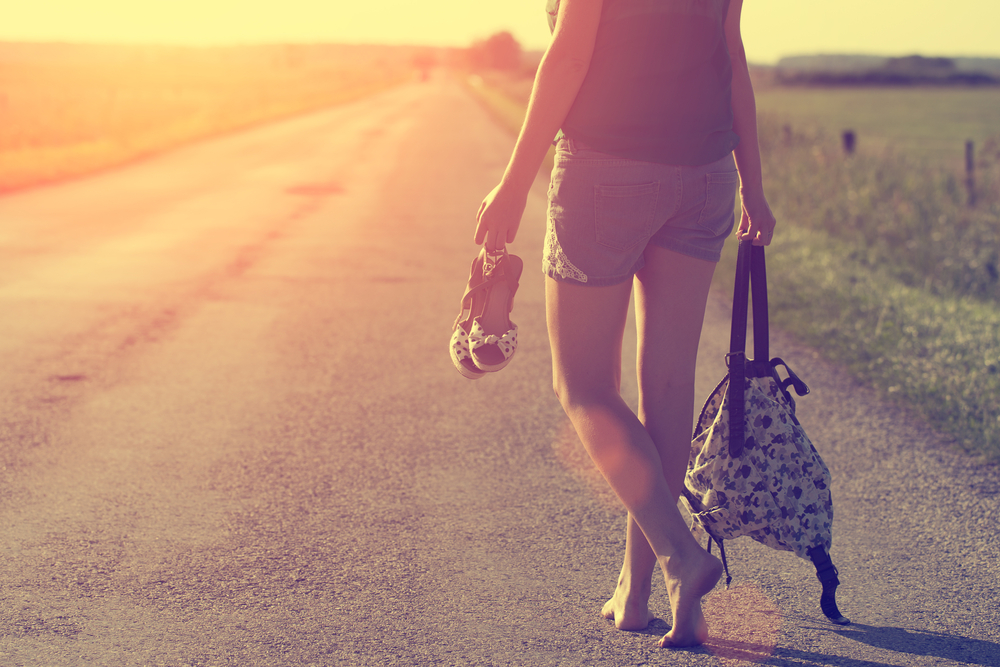 Everybody tells you that travelling alone is one sure-fire way to discover yourself. It’s not all that peachy, but it’s still very worth it, says this post.

There are a lot of things that people will tell you about travelling, especially about travelling alone. I agree with most of them. For instance, it gives you new perspective, makes you stronger, and introduces you to a whole new self. However, what they will not tell you often is that the first time you travel alone and find yourself in your favourite city, there is a good chance that you will be burying your face in a pillow with a cup of hot cocoa and tears. Been there, done that.

This year was magical. I got to travel to DC, New York, and London, and for most parts, I was alone. Travelling alone for the first time is difficult. It is more difficult because the maturity that “alone” is not “lonely” only comes with time. After giving my parents an inspiring speech about how I was a grown-up who could take care of herself, I found myself lost, alone, and completely terrified while I was travelling between Connecticut and Washington DC, because I had gotten down at the wrong station and  had no idea where in the world I was.

I was annoyed, because I always believed that travelling alone would be about wearing ridiculously sexy shoes, living the night life, or going through life-changing experiences all the time. I believed that I would love each and every minute from day one. In reality, I spent a ridiculous amount of time asking the guy at Starbucks to slow down when he talks, because I could not understand a word of what he was saying. I spent so much time wondering who I could ask to click a picture of me, because I did not know anyone. I realized that I am very awkward at sitting at a pub all by myself and ordering a bottle of beer; it just wasn’t my thing.

Yet, I grew up gradually, and fell in love with the beauty of travelling with oneself.

I met a woman who barely spoke any English but kept me company on a long train journey in the USA. I made friends with a cupcake lady who started referring to me as the girl who wears “pretty Indian shirts” and I even managed to have a conversation with a homeless poet.
I got used to people calling me “Nadia” because my name was too difficult for them to pronounce and eventually, the Starbucks guy learnt to say “caramel” in a way that it did not sound like Latin to me.

Travelling alone is romantic, but you also need to remember that sometimes it is not as romantic as everyone tells you it is.

Travelling alone is romantic, but you also need to remember that sometimes it is not as romantic as everyone tells you it is. I got lost in the middle of nowhere without a phone and with a travel card that didn’t work. I watched a man snatch my bag and run away in broad daylight, and all I could think of was how this whole travelling alone thing was a bad, bad idea.

A man in Dubai asked me how much I would charge to be his “companion” and scared the living hell out of me. I also discovered that you need to say “without meat” and that they don’t make burgers that are magically vegetarian.

But, I don’t remember all of that as much as much as I remember the good parts. It needs some getting used to, and once you cross the stage where you are whining about how every girl in London except you seems to be getting flowers, you actually start enjoying it. I remember falling in love besides the Thames River under the starlit skies, besides a beautiful footbridge and thinking “This is it!” The one thing that comes to my mind when someone says London is that “Love is in the air,” and believe me when I say that it is infectious too!

I remember seeing New York for the first time and feeling completely overwhelmed by it all. The sky-scrapers, the people who had no time for pesky tourists, and the quirky sense of unmatched street fashion.

There is the good, the bad, and sometimes, there is the downright ugly.

There is also the simply magical thing about travelling alone that will blow your mind and show you this world in shades that you never knew existed, which is why I believe that every person should take a trip alone. We usually bring back a souvenir or a piece of jewelry from wherever we travel to. But, while travelling alone, it is not what you bring back home, it is what you leave behind.

I not only left a piece of myself in these beautiful cities, but also left behind a truly petrified girl who could not read maps or eat a meal alone for someone who values the beauty of spending time with oneself!