We Need To Speak Up Against These Custodial Deaths In Tamil Nadu – Speak Up Now!

The recent brutal custodial killings of a father and son in Sathankulam in Tamil Nadu, have largely been met with an eerie silence.

The recent brutal custodial killings of a father and son in Sathankulam in Tamil Nadu, have largely been met with an eerie silence.

Some people are questioning where the celebrities are now. Most are shocked about how little attention this news is garnering, especially in the light of #BlackLivesMatter.

Some of you are wondering why Bollywood (or most other films/ sports stars) have not tweeted about this. In their defense, let us give them some time to find Sathankulam on a map.

Trigger Warning: Contains some descriptions of violence that could be triggering for survivors.

If you still do not know, I am referring to the brutal custodial killings of a father and son in Sathankulam in Tamil Nadu. The police had arrested them for keeping their shops open for an extra half an hour during the lockdown.

The family of the deceased report incidents that are nothing short of a horror story. Media reports have talked about incorrigible verbal abuse, brutal beating, injury marks on the rectum, making it a case of custodial brutality that led to the death of these two men.

When the police killed George Floyd, the entire world came together. People mocked those who kept the conversations alive. “How will changing a picture make a difference?” “What will sharing a post change?” were some of the questions asked.

Today, in the relatively eerie silence and lack of outrage that seems to follow the deaths of Jeyaraj and Fenix, what has changed? Or, what do you think will change?

The reason for selective outrage stems from the fear that questioning police brutality in our own country involves acknowledging our privilege and letting go of internalised racism. It requires understanding and accepting caste/class prejudices, political bindings, and swallowing a bitter pill that our systems are deeply flawed and skewed.

In short, questioning authority in your own country has more consequences. Police brutality and custodial deaths are not a new phenomenon in Tamil Nadu or for that matter, anywhere in India.

Apart from custodial deaths, it is safe to say that Tamil Nadu also probably has the highest number of most cringe-worthy cop romanticising movies, but that is for another day. How many of you reading this fear for your life if you were to break a lock-down rule?

It is easy to shudder in fear and say, “It could happen to any of us!” – the truth is, it probably will not happen to any of us. It will possibly happen to those pushed to the bottom of the pyramid due to years of systemic oppression and economic divide.

And in this truth lies the reason why we all need to call out brutality by those in power. This is so pivotal because we approve of the power in their hands and what they do with it is OUR BUSINESS.

A few days ago, a video of a police officer beating a student in Coimbatore went viral. We laughed at videos of police personnel, making offenders squat as a punishment. We applauded them for being front-line workers and protecting us and urged everyone we knew to cooperate with the police.

Silence and inaction are convenient. And perhaps, pressingly for the first time this year, we need you to do more than staying at home. We need you to speak up. 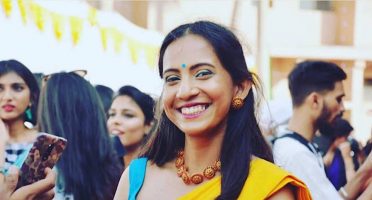 A Quick Chat With Aadithya Jayaseelan, The Fingers Behind The Mind-blowing Art Kayamai On Insta