Solo travel can be empowering and liberating for women - and can teach us to be independent, self-reliant and happy with ourselves. 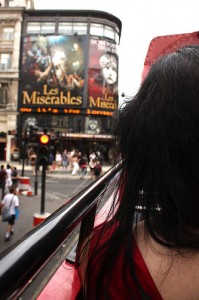 Two years ago, while living in India, I decided to change up my life a little and take a trip to England. Alone. To put all disclaimers in their rightful place, I was to primarily stay with family friends and use their home as a base to explore nearby cities on my own. For a whole month, I relied on mostly myself for company and smarts and plunged into the heart of London, took in the spires and tradition of Oxford, inspected the Georgian architecture of the marvel that is Bath, took winding walks through the village of Eynsford, and shared my discoveries, delight and qualms with the voices in my head.

I dined alone. Watched the world go by. The London tube map was my new BFF, as I hopped on and off the Underground trains like a pro, frequently directing tourists who assumed I lived there. I visited friends all over the city and outside of it. Gazed silently at the works in the Tate Modern. Watched foxes on my long walks in Kent. And sat on abandoned benches by the Darent river, observing the flight landings of ducks. It was then that I realized I had given myself an invaluable gift in time and space alone, and the opportunity to have this adventure with myself.

For women growing up in India, solitary travel is undertaken rarely, and only with a specific purpose. Certainly not encouraged or applauded, a woman alone has more analogies ascribed to her than I’d care to thumb through a hackneyed Bollywood script for.  But for this little path off the oft-taken road, I believe I have my mother to thank: my strong-willed, independent, and incredibly capable mother, who took frequent trips out of Bombay to first purchase, and then painstakingly do up our family holiday homes outside the city. She thought nothing of being the sole resident of a residential complex in a one-horse town in the early 90s, replete with power cuts and midnight robbers. She spent nights up alone with workmen getting things fixed or reinstalled, taking the 2 am state transport bus back to us in our family bungalow 20 kilometers away. She makes my safe and “solitary” jaunts abroad look like a trip to Disneyland, with bodyguards and fairy godmother in tow.

But solo travel does so much more to women’s psyches than put us at risk, real or imagined. It enables us to see ourselves as people, divorced of our gender tag, pushes us to take charge of our lives, our journey, our plans, and imbues us with confidence and the ability to take decisions for ourselves, attributes that sometimes take a backseat once we’re comfortably ensconced in a relationship and become cognitively lazy.

I admit to doing it myself. That first trip I took was as an unmarried woman. Two years down the line, as independent as I usually am, I had developed a travel comfort zone that I was reluctant to step out of: my globe-trotting spouse is such a natural when it comes to airports and the whole travel shebang, that it was just easier to follow him blindly as he made bookings, herded me through airport procedures and generally made life very cushy. There was no obvious need for me to want things differently.

Except, I didn’t quite want to lose the girl who had breezed through immigration turnstiles and taken off to her upcountry homes without a second thought as a teenager. I still remembered the feeling of being by myself on a train chugging through the Indian countryside, the wind in my face and the stench of the latrine in my nostrils. I didn’t want to forget what it felt like to rush up to a ticket counter 10 minutes before the train’s departure and hop on as it made clanging, warning noises. I wanted to assure myself that flying solo to the other side of the world was still the piece of cake it was throughout my 20s. It’s way too convenient being one half of a couple, with emotional and physical support within arm’s reach. Or maybe I just like to make things difficult for myself.

…while it’s certainly more fun to share discoveries and experiences with my spouse, I also greatly enjoy my own company and the opportunity to plan (or not) my days, keeping just myself in mind.

So this past April, despite the ease of a caring and available spouse, I planned a little jaunt across a few countries where I would be forced to depend solely on my own resources and imagination. Again, I’d like to clarify that I hardly went traipsing off to Antarctica or roamed the savannah. It was all very civil, European, and with the buffer of close family friends moderately within reach if I ran into anything remotely resembling trouble. But even the chance to figure out things on my own if plans went awry or to change up my itinerary based on a whim was one I wanted to grab with both hands. And I did. And concluded that while it’s certainly more fun to share discoveries and experiences with my spouse, I also greatly enjoy my own company and the opportunity to plan (or not) my days, keeping just myself in mind.

It’s not always effortless. I frequently push myself, while my alter ego in its suede-cushioned comfort zone begs to be left alone. But it does me good. Restores my sense of me. From the days before I was half a pair of scissors. And I return fortified, and bursting to tell my spouse how delightful (and comfortable) my life is with him in it. He misses me, of course, but understands, acknowledges, and supports this need. And is man enough to keep our home running smoothly without me. All around, a neat win-win.

So here’s a little promise I have made myself : I will try to maintain the spirit of independent travel in the future, even if it means a short solo trip every other year. It doesn’t have to be elaborate or far-flung. The point is to experience life alone and connect with myself. So I don’t wake up one morning some years down the line, in a mad rush to whip up breakfast, and not recognize the woman in the mirror. I owe it to her, and I owe it to the marriage I vowed to be strong and equal in.

All too frequently, we permit life patterns to cement our ways and take the easier route, but then have no one but ourselves to blame for the woman who was lost in the bargain. It isn’t easy, I know. But nothing worthwhile ever is. Be your own plus one sometime. You may just find her terrific company along a solitary road.