The Empire, Disney + Hotstar’s foray into historical fiction, is as much about kings as it is about the kingmakers - the Mughal women who hugely shaped the fortunes of a dynasty that ruled India for over three centuries.

The Empire, Disney + Hotstar’s foray into historical fiction, is as much about kings as it is about the kingmakers – the Mughal women who hugely shaped the fortunes of a dynasty that ruled India for over three centuries.

At one point in the series, a fictionalised account of the rise and life of Babur, who established the Mughal dynasty in India, Babur says, “Taqt ki taqat uspe baithne wale me nahin, taqt pe baithaane wale mein hoti hai” (Power doesn’t lie with the king who takes the throne, it lies with the kingmaker), here referring to the character played by Shabana Azmi, his grandmother Ahsan Daulat Began.

That’s what I would like to talk about here.

Growing up, no period in history fascinated me more than the Mughals. And no Mughal ruler fascinated me more than the women behind the ‘takht’. Yes, the most famous one is the one who was adored as spouse and soulmate, but beyond the cliché of Mumtaz Mahal stands a pantheon of strong, willful, shrewd and calculating women who shaped the destiny of this powerful dynasty. Let’s find out who these women were and how their power bent the arc of their vast empire.

The earliest Mughals, like Babur and Humayun, were most influenced by their grandmothers, mothers and sisters. As seen in The Empire, Ahsan Daulat Begum, Babur’s maternal grandmother, played by the unparalleled Shabana Azmi, is his conscience-keeper and kingmaker, keeping him accountable to the business of empire-building and claiming his family’s right to rule.

This part of the show is not fiction, and neither is the role of Khanzada Begum, Babur’s sister, strength and pillar of familial fidelity. These women were expert navigators of complex strategy, proving there is much to warfare and retaining a kingdom than only war.  What is gratifying is that the show does not succumb to the usual trope of portraying women as either objects of desire or conniving, one-dimensional personalities. 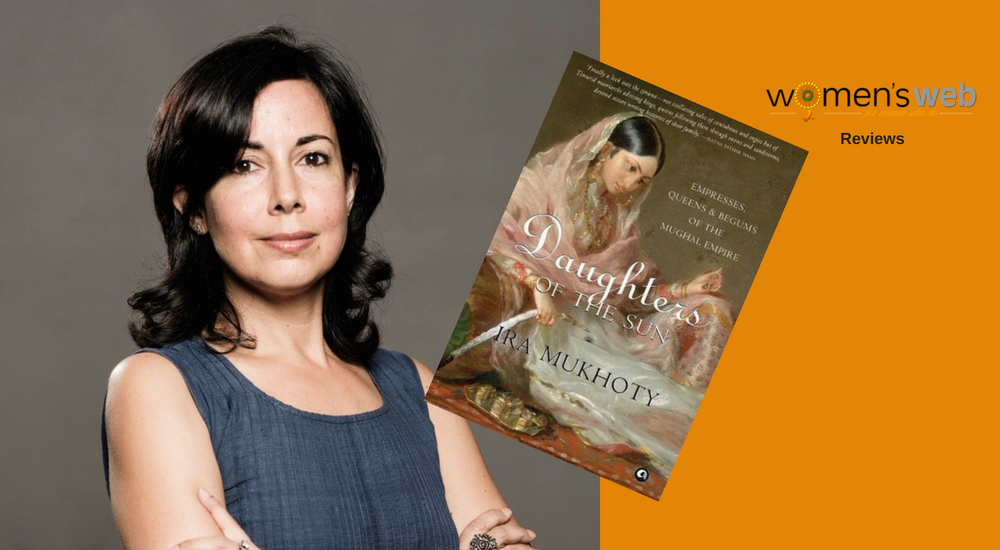 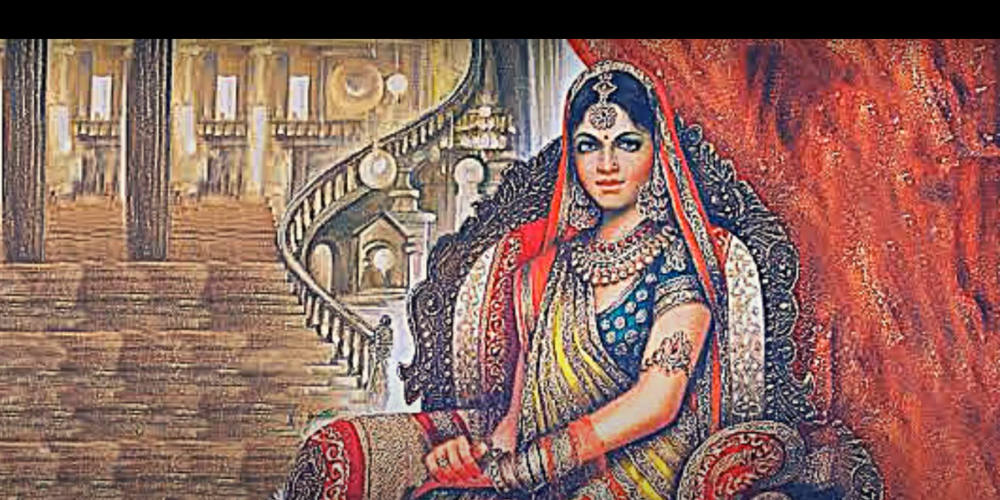 An Empire established: the ‘milk mothers’ and wives of Akbar

When Emperor Akbar ascended to the throne at only 13 years of age, the powerful women who influenced him were his ‘milk’ or foster mothers, Jiji Anaga and Maham Anaga. As the dynasty stabilized and took root, wives such as Jodha Bai (Akbar’s third wife and mother of Emperor Jahangir), Salima Sultan Begum (Akbar’s fourth wife and also daughter of his paternal aunt Gulrukh Begum), grew in power and status. In the corridors of power, the women related to the emperors held sway, shaping the kingdom and its trajectory.

Thriving dynasty: the wives of Jahangir and Shah Jahan

The firmest hand that ran the empire behind the scenes was Noor Jahan’s. The twentieth and last wife of Emperor Jahangir, she is recognized by nearly all historians as a force to be reckoned with and the real power behind the Mughal throne. Her rise to power was swift and dizzying. She held the absolute confidence of her spouse and was granted honours and privileges unheard of for a Mughal empress, such as the only empress to have a coinage in her name. As Padshah Begum, she acted as co-ruler and was in charge of the imperial seal. Jahangir was openly dependent on her for both advice and action.

The only other Mughal empress to rival Noor Jahan’s influence with her spouse was her own niece, Mumtaz Mahal. As wife of Shah Jahan and mother of fourteen of his children, her influence over him was more emotional than political. She was his constant companion, trusted confidante, and their marriage, from all known historical accounts, was deeply devoted and loving. Inconsolable with grief at her death due to childbirth, the emperor commissioned what today is a wonder of the world.

Peak of the Empire: Shah Jahan’s daughters and Aurangzeb’s sister

At its peak, unmarried daughters of the Mughal empire were known to be the original ‘influencers’. Jahanara Begum, oldest surviving child of Mumtaz Mahal and Shah Jahan, replaced her mother as Padshah Begum or Chief Queen of the Mughal empire at the age of 17. She held this position for 40 years. Roshanara Begum, their third child, was a talented poet, who actively supported her brother Aurangzeb in the war of succession, even as Jahanara’s allegiance lay with their other brother, Dara Shikoh.

No retiring wallflowers, these princesses. They were sharp, astute and had their own political affiliations. Roshanara too, was made Padshah Begum during Aurangzeb’s reign, and became the most powerful woman in the empire. She was granted the right to issue farmans and nishans and had a high-ranking position in the emperor’s army. At the time of Aurangzeb’s illness, she took charge of state matters and became the de-factor co-ruler of the empire.

While it is amply clear that Mughal women held vast powers, much of their machinations were behind the scenes. As with all patriarchal cultures and dynasties, the men were the storefront, even as some whiled away their days on wine, opium and poetry.

The new web show The Empire, which outlines Babur’s life and rise to power, spotlights the role of at least two strong women instrumental in changing his fortunes, and we hope the next season continues to highlight the contribution of the dynasty’s women to kingmaking and empire-building. As we know from history, that part of the script is definitely not fiction!

Bhuj: His-Story Glorifies Only Men Even As Women's Work And Lives Are Sacrificed For War

Whose Story Is It Anyway? Erasing The Taj Mahal & Other Parts Of History

The desire to erase the Taj Mahal and other parts of our history seen by some as 'alien' points to a giant ego that wants to rubbish 'other people'. 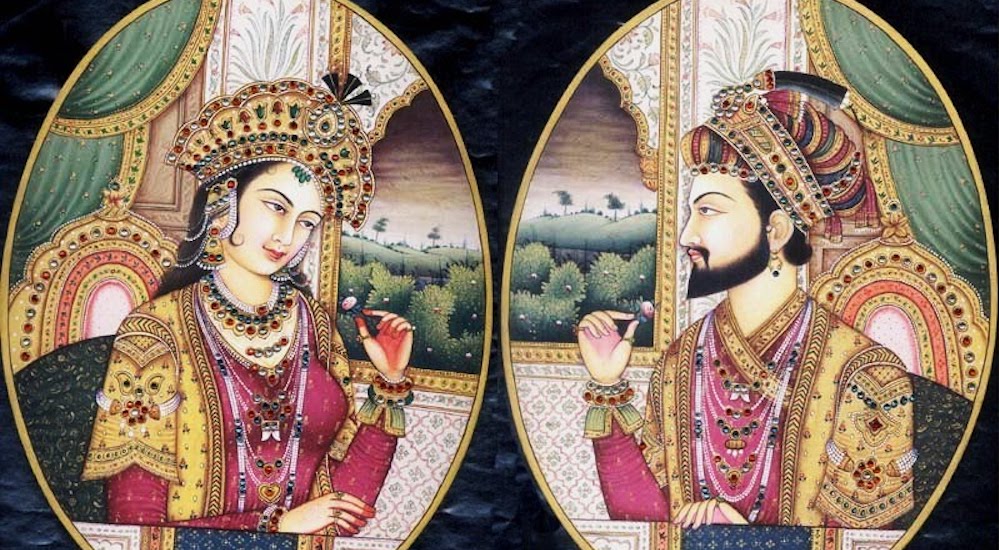 The desire to erase the Taj Mahal and other parts of our history seen by some as ‘alien’ points to a giant ego that wants to rubbish everything done by ‘other people’.

If there was a prize for the largest number of motor mouths in the world, we would win it hands down, the US coming a close second, I dare say. Despite all the pollution that makes its presence felt during Diwali, there are still folks who persist in exacerbating the atmosphere with their own particular brand of hot air.

Like the individual who declared that the Taj Mahal is a blot on Indian culture! He termed Babur, Akbar and Shah Jahan traitors, and declared pompously that the marble mausoleum had been built by an emperor who had targeted Hindus in his realm, and also apparently imprisoned his own father.