Does patriarchy make men happy? The norms of society not only trample on women's rights but also on men's choices. 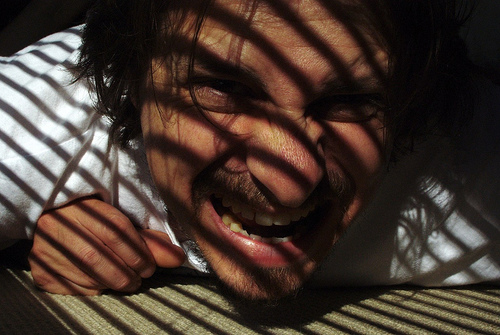 This letter is long due. I know it is two months past your birthday and it is terribly late now. But here I am. It is not that I was overloaded with work or other worldly affairs. It was just that I was covered with a pile of laziness. But here I am, sitting at MGF Mall, Gurgoan and writing to you.

As I am writing to you, the sun is setting and the night is spreading over; all my thoughts are taking me to a recent conversation I had with a friend of mine. We were talking of our grandmothers who were married off at the age of nine and ten respectively. Her grandmother was playing when her to be father-in-law came to see her, who took her on his lap and asked, “Will you come to our house?” She vehemently protested saying that she would go to school. Within some time she was married. Education came to a full stop. My grandmother was ten. She was extremely pretty and intelligent. Granddaddy was twenty five, a rare man in those days to have done his masters in English. Her father-in-law chose her. She was beaten up by her father when she protested. In a month she was married. Now she is 82, she still writes children’s stories, plays and songs yet she still laments her lack of education. I am sure these are not rare stories, they are in plenty. But today if I can sit on this cozy restaurant, pay for the steamed momos and write to you on my laptop I know one thing, there are generations of women who have protested getting married at ten so that I can be here today. No matter how far we need to go, let us respect where we are today. If you are in France doing your PHD today there are many who must have shaken the realms of patriarchy. Respect it.

Last weekend me and my friend Deepa were driving home in her Scorpio. Personally I feel a sense of power when woman drive huge cars. Most of my friends drive smaller cars. As we were driving, the wind was soft and the night was low; by virtue of my birth, I equally have a claim to the open sky, the streets and the winds. It is such a sad state that I cannot go out without fear at night. By claiming the sky or the streets, I am just taking what is already mine. In a normal society, we would do so. But it is a shame at the state of affairs that we need to fear and fight for what is rightfully ours!

Very recently, I was in a conversation with a male friend. In one moment he said, “Thank you for not judging me as man but just a friend.” Suddenly this line made me think the way men are themselves trapped in patriarchy. I was wondering, has not patriarchy taken the right for men to express themselves somewhere? For example one of my very close buddies (male) was in an abusive relationship. The worst part was that he did even recognize and accept it.

Though rape against men is rare, but that does not take away the intensity of the crime.  Personally, in silent whispers, I have heard my women friends talking about sexual abuses as children or adults. But no men has done so, but one. Don’t young boys get abused? Does our society let them even recognize and talk about it? Can a men talk about his abusive relationship in open? Won’t he be stigmatized for ‘not being a man enough?’

Patriarchy had given men the status of a quasi god. But is it not crazy to expect someone to be next to god? Men are supposed to be the fenders, the judges, the punishers, the keeper of morality and honour and the list continues. But look around, where is it all taking the world to? Is it not a crime for anyone to tell someone to behave in a certain way? On my home ground, I have seen tragedies striking our family; but I have never seen men cry. Does that mean they do not feel? Is it okay to keep ones emotions pent up? Patriachy has given men the permission to feel anger, aggression, domination. What about other emotions like surrender, tears, beauty, love, forgiveness etc? Isn’t it insane to tell someone ways to feel? I think men themselves should start rebelling against patriarchy as they themselves are caged within.

This country still has to face the heinous crime of honour killing. I still have no idea why is it called honour at the first place. A very few days back, I was just passing through my lane, I saw a father happily talking to his daughter. Reaching home, I was just doing a study on honour killing. Suddenly that picture of the father and daughter flashed in my mind. I just thought that does a father really feel great about killing his daughter who made a choice, or he chooses to do so, because by doing so he gives up to the glory of the norm he is supposed to follow?

If we women are chained in patriarchy, men are caged. When we are told what to wear and when to walk on the streets, it makes men look like sex starved, power crazy insane brutes. If patriarchy is designed to make men happy, the world is proof that it is making them insane. Happy men do not cause violence and create a painful world. I think it is high time men themselves should stand against it.

My friend, these are the thoughts that are raving in my mind these days. Finally, I have come to realize that each one of us have added our bits to create the monsters in the patriarchal system. Nothing ever survives without mass support. Personal is political, I believe. The first blow towards this system is when you treat men as equal; you have dented a system that has thrived well for centuries. And then you can take it to a much higher level of the society.

This is what I dream of. A society that has no cages or chains; where a human being by virtue of his/her birth is free to think, feel and act; where dogmas tell or put no one in places that asks one to behave or feel in a certain way. I dream of a place someday where men can cry and women can be ambitious and no one feels the guilt attached to it. But will I live long enough to see it happen? I don’t know. But I believe, if I had some privileges based on someone else’s effort, this should be carried forward. I hope someday a girl walks late at night home, ten men gather before her and she still knows it is not trouble. You might call me a dreamer, but I am not the only one, as Lennon sang.

This has been a long letter. But I hope you read it and understand what I mean. As I end this letter I hope you have an empowered year. I hope you carry your dreams forward. I hope you live without fear.

Lastly, you know what, my Babaji whom I love so dearly have never blessed us, the women folk to be good daughters, wives or mothers. Every time he blesses us he says, ‘khushi raho aur tejomoy bano,’ which means to be happy and shine. This has not only been a blessing taken, but a dream I live on, that “may every woman be happy and shine in her own light.” Amen.

(Baa means elder sister in Assamese, which is actually the short form of Baidew)