Despite awareness of child sexual abuse, many people think male child abuse does not occur! 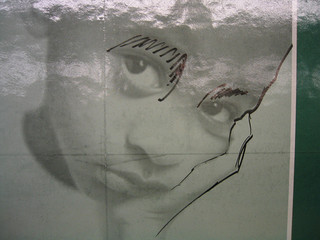 Guest Blogger Priyanka Roy is a freelance writer and an avid blogger. She is passionate about writing and firmly believes in utilizing the gift called writing. She blogs at http://myfreelancewriting.wordpress.com/

For centuries, Indians believed that child abuse is a ‘Western’ concept and it hardly exists in traditional Indian societies. However, recent awareness about this issue has forced parents to critically examine the concept of child abuse and discover ways of protecting their kids. Despite awareness about the concept of child abuse, many people believe that abusers target only girl children. Unfortunately, this is a myth. A study conducted by the Ministry of Women and Child Development in 2007 revealed that one out of two kids experience abuse at schools. Shockingly, boys face sexual abuse more than girls. The report further highlighted that sexual abuse in schools can exist in different forms, such as sexual assault, forcible touching and showing pornographic materials. Another study conducted by an NGO (Elaan) revealed that 4 out of 10 boys experienced sexual assault in school.

These studies clearly point out the extensive prevalence of male child abuse in our country. So, why do parents choose to ignore it? Our patriarchal mindset is hugely responsible for this. It is difficult for most people to think a male as a ‘victim’- a position that has been traditionally reserved for women.

However, the sad truth is that any child, whether male or female, undergoes same emotional trauma, while experiencing abuse. For a male child, there is the added pressure of suppressing the issue, since most think that people will not believe him or may laugh behind his back.  However, the trauma, coupled with the societal pressure to suppress the incident often affects the victim in a twisted way- he may start questioning his masculinity and grow up with negative self-esteem.

In India, laws regarding child sexual abuse are hazy and archaic. Moreover, parents, teachers and counselors are also ill-informed about the issue of child sexual abuse and how to deal with it. To reduce the incidence of abuse in India, strict laws should be drafted. Additionally, the government and law-enforcing agencies should make people aware of this issue and provide them with adequate information in this regard.