Child sexual abuse is rarely discussed openly in India and is still shrouded by many myths. This article busts some of them. 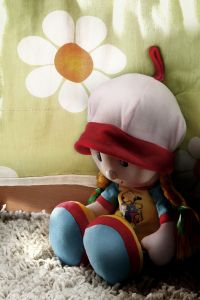 Child sexual abuse is rarely discussed openly in India and is still shrouded by many myths. This article busts some of them.

Child sexual abuse [CSA] by definition refers to the emotional, physical, psychological and sexual manipulation of a child, for the purpose of gratification of an older individual or adult.

In 2007, a much-awaited report on child abuse in India was published by the Ministry of Women and Child Development, which brought to light some horrifying statistics on the state of the country’s children. Through interviews with 12447 respondents aged between 5-18 years and 18-24 years, the following facts emerged, which served to dispel many common assumptions about sexual abuse and its short and long-term impact on the survivor.

Myth 1: Children are not sexually abused in India

Fact: 53.22% of the child respondents reported having being sexually abused, of which 21.90% faced severe forms of abuse, while 50.76% reported other forms of sexual abuse. Children in Andhra Pradesh, Assam, Bihar and Delhi reported the highest percentage of abuse, among both girls as well as boys.

Fact: 50% of the children reported that they were abused by someone they knew, who was in a position of trust and responsibility, thus bringing to light the reality of incest (which refers to sexual abuse by a family member) or abuse by someone who is trusted by the family such as a family friend, chauffeur, domestic help, tutor or teacher.

50% of the children reported that they were abused by someone they knew, who was in a position of trust and responsibility…

Myth 3: Girls are the “victims” and boys are the “perpetrators”

Fact: Of the 12447 respondents interviewed, 52.90% boys reported that they had been sexually abused, thus bringing forward a domino effect of subsequent realities, in the form of same sex abuse or non-consensual sodomy and women as perpetrators of abuse. These statistics are a well-deserved slap in the face of the many socially-constructed gender roles which stated that boys and men were in some way, immune to abuse and pain.

Myth 4: Children lie about being abused

Fact: The state-wise percentage of children not reporting abuse is a frightening 94.31% as compared with the tiny percentage [5.69%] who do report abuse. This is not because children lie about abuse, but because they are not encouraged to speak about sex or their bodies in the first place. If they do disclose an abusive experience, it is more likely that their faith in the person they are disclosing to will be shattered via responses along the lines of “you are lying, he/she [the abuser] loves you and would never hurt you”.

More than the children lying, which in fact, they do not do in context with being abused, it is the adults who are lying to themselves about the abuse not taking place. A child’s trust is broken once when he or she is abused, and is then broken a second time when called a liar. The ramifications of re-victimization constitute a lifelong emotional burden, which will be borne by children throughout their journey to adulthood.

Fact: Children do NOT in any way encourage abuse, and it is not their fault if an abuser targets them. Victim blaming is common in most abuse cases; it is always the victim who “brought it upon” themselves to be beaten, hurt, humiliated and raped by wearing “provocative” clothes, displaying “inviting” body language and using “suggestive” speech.

The abuser is responsible for the manipulation and abuse of the child. The abuser is responsible for targeting the child and attaining gratification via the child. The child is not to blame for the abuse. Common sense dictates that the adult will naturally possess a more developed sense of what is appropriate and what is not, and will therefore not even remotely consider perceiving the child as sexually enticing; in the case that they do, the need to exercise impulse control and appropriate behaviour is solely their responsibility.

Children do NOT in any way encourage abuse, and it is not their fault if an abuser targets them.

Fact: One of the most challenging myths in the context of preventing sexual abuse of children is one which states that “teaching children about sex will encourage them to have sexual relations, thereby resulting in promiscuity and pregnancy”.

Given that children and young people experiment with physical intimacy regardless of the existence of sex education, it is questionable as to whether teaching them age appropriate lessons on sex, sexuality and personal safety will actually promote so-called promiscuity or perhaps make the younger generation more aware of their bodies, their right to say “no” and give them safe, non-judgmental spaces in which to voice their concerns and report any abusive behavior which they might be experiencing.

As the myth challenging continues, it is important to note that establishing clear communication with one’s child is a deterrent to abuse, as the abuser is unlikely to target a child who is not going to keep the abuse a “secret”.