It is time that Indian women stop fearing their in-laws and start learning to accept them - just as they accept their daughter-in-law. 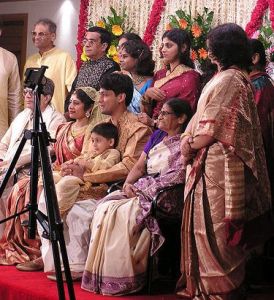 Marriage in India is not the marriage of two individuals but the marriage of two families (cliche, I know!). Unlike most places in the west, Indian marriages are long drawn out affairs, where the bride and the groom play the role of puppets for the most part. The strings are drawn by parents and multitudes of relatives (who incidentally you might have never heard of, till the planning for the marriage began, but we’ll leave that for a different post).

The whole drama that is played out has little novelty, and little scope for innovation. It’s a pre-written script that has been played out for centuries, and it remains the same, be it a B/Tollywood movie or the wedding at your neighborhood auntie’s place.

A part of this script is the “in-laws phobia”. The script glossary defines this as the anticipated behaviour of the in-laws towards the new entrant into the family, leading to a misconceived apprehension in interacting with them (both by the bride and the groom). It is the fear generated within 2 individuals whose lives are set to change forever, incited by prejudices based on experiences read about, seen first or third hand, or in the movies. The bride and the groom almost always enter their new lives with varied advice on how to “handle” in-laws ringing in their ears.

Let’s not get into how this might put a seal on any relationship that the kids might build with their in-laws. For now, let’s just realize and acknowledge that it exists (give it a thought and you will accept it does).  Change is in the air, so why not make this one more thing that should be changed. Here are a few tips to get over the in-laws phobia.

1. Take the time out to know them before marriage – I know it’s a hectic life, and we can barely take time out to learn about out other half, but this will really pay off. For one you will know whether you should proceed further on this path or not. Your in-laws are bound to have different habits, a different way of doing things and a different routine. But according to them, you are different too. Most importantly, it will give you an idea about whether the effort is worth it, or whether it’s best to leave them alone.

3. Stick to your beliefs – If you know you are right, then don’t let go of that conviction. Instead find a way to convince others as well. And that may not always be through words. Didn’t some wise man say silence and action speaks louder than words.

4. You can stand up for yourself – Remember, you don’t have to take nonsense from anyone. The days of remaining mum and bearing out whatever is meted out to you is past. That doesn’t mean you get into quarrels every other day. But if you think something is unfair or unjust, say it nicely at first and more strongly, if required, again. Believe me,  it will only help build trust in you.

Leave the prejudices behind. As you step over that threshold leave any pre-conceived notions on the other side of the door. Give your in-laws the same kind of chance that you are giving your spouse. They are both new in your life. They are not monsters, and they do not want to kill you. Unfortunately, in India, this is not always true. But if they are, you will know it soon enough. And if they are not, just remember, the change is as difficult for them as it is for you.