Making your own choices does not guarantee happiness, but women still deserve the right to do so. 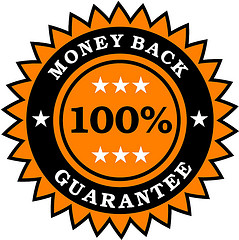 The Indian Homemaker is one of the blogs I follow closely, and while I find all her posts interesting, the reader interaction is especially interesting on posts where women write in to share their stories and ask for suggestions/perspectives. One such letter was from someone whose friend has been locked up by her parents for falling in love with a guy who was not Indian, and the letter-writer, while agreeing that this was extreme and wrong, still felt that they had justification since they were only trying to prevent her from making the wrong decision, in order to secure her happiness. One of the things that struck me about us human beings was the assumptions we make, that certain things will guarantee happiness. In the Indian context, there is a broad assumption that marrying a girl/guy, identified by your parents, from the same caste-region-linguistic group guarantees a certain amount of happiness. Or stability. (Which is in any case seen as the same thing.)

Of course, reality has a way of being somewhat unpleasantly different. The ‘good family’ that everyone talked up before marriage turns out to constantly want more dowry. Or, husband and wife find out immediately that they don’t like each other at all and want completely different things in life. Or, they live together for 10 years but fall out after that. Or, everyone is fine, but life just decides to play tough and someone dies in a car accident.

The truth is, that we can’t really “arrange” happiness through a certain set of actions, forget someone else doing it for us, as in the case of parents guaranteeing their children’s happiness through “suitable marriages”.

Which is why, I also find it difficult to accept empowerment arguments couched in terms of happiness. There is no doubt that a woman who gets to make her own decisions, will find a satisfaction that is not available to a woman on whom things are foisted. But, empowerment by itself cannot lead to happiness. You may find your own man and go ahead with him even if your parents object – but that doesn’t necessarily mean the marriage will last. I find the whole arranged marriage vs. love marriage debate strange when it is framed only in terms of outcomes. While we can do our best to make decisions that are likely to lead to happiness, nothing can guarantee it.

So, don’t marry a guy you’ve just met and know nothing about. Yet, marrying a guy that you’ve known well for 4 years is still not a lifetime guarantee. The reality is that some marriages last, and some break-up, and between the two ends, there are also varying degrees of happiness and unhappiness.