Empowering women is not about making others uncomfortable; it is about including women as equal decision makers 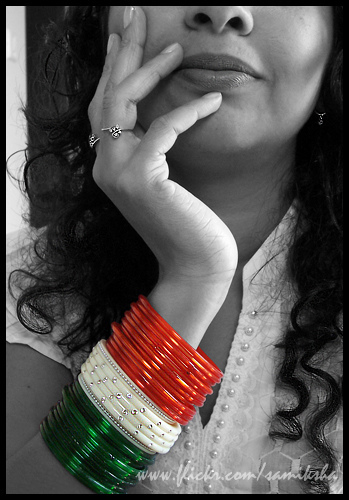 My post on women empowerment has drawn out comments that equate strong women with unhappy marriages. I wonder if bad marriages –at least some of them – are due to the fact that men are unable to accept women as empowered human beings. But then would they be happy with submissive wives and treat them well? I am afraid not. I feel that a good and bad marriage are the result of the mutual understanding between the partners in a marriage and has nothing to do with women empowerment.

When I think of my own marriage I wonder if I am empowered or not. There are moments when my husband acts difficult and I do feel desperate. There are others when he behaves like a kid and I feel empowered and very much in control. There are several shades to empowerment and one’s perspective varies according to his/her perception.

Long back when my son was in senior school he spoke of a class mate of his and described her as being very much like me. He also mentioned that the boys in his class did not feel comfortable with her around.

“She is dominating without appearing to be so”. He remarked.

“Me and dominating”? I had retorted. “What did I do to make you think that I am dominating?”

“You are not vocal mummy but we all end up doing what you want us to do.”

I truly do not agree that I have the strength to make people do things that I wanted them to do. But there had to be a reason for my son’s opinion.
I was beginning to get worried.

“Are you uncomfortable with me around?”

“Oh no mummy” he replied. “Of course not. You are a parent and it is okay for you to be like that. But with friends and class mates it is different. It is suffocating to deal with them if one has to constantly worry about their approval or disapproval”.

He spoke plain English but I did not understand a word of what he was saying. I turned to my husband to find out if he thought the same about me.
“Who says that you are dominating?” he sounded amused. “You cannot make a servant do her work properly and I often wonder if you are paying her or if it is the other way around. R….. is a kid and you don’t have to bother about what he says. I am okay with the way you are. At your service ma’am.”

Jokes apart, in my family as in most that I know there is nothing like one partner being more empowered than the other. When children were growing up we did not have the time to think of who dominated over whom. Children came first and their welfare alone mattered. Now we have adjusted so much with the other person that we’ve learnt to deal with each other’s idiosyncrasies.

Like my husband believes in drawing out exactly the amount required for household expenses. I like to have a little extra cash handy. He runs miles from ATM outlets so I draw out a little extra and hand out the amount mentioned by him. I keep the rest in a purse in the dashboard of my car. Not that I spend the amount on myself but I do feel uncomfortable when there is a shortage of money. He feels empowered and so do I. He thinks that he is running the house because he ‘tells’ me to draw this or that much from the bank and I claim to be doing the same because he will not spend fifty rupees without ‘informing’ me. The truth is that we are both mutually and simultaneously empowered!!

Coming back to the point raised by me at the beginning of the post. Empowering our women does not mean that she is made strong to the extent of making others uncomfortable. It is just about including her in decision making and respecting her choices and views. It is about appreciating her contribution to family and society. It is about acknowledging her as an equal and according her the status she deserves. At least that is what I think. How about you?