Don’t Derogate The Homemakers, It Is Time We Value Their Labour!

"Yes, she is a homemaker! Being a homemaker demands an immense level of skill and effort, which deserves to be applauded rather than being undermined."

First, we have to get away from the term ‘HOUSEWIFE’.

When we are questioned about the working status of our homemaker mothers, most of us reply, “No, she does not work – she is a housewife” which is grossly incorrect.

The appropriate answer is, “Yes, she is a homemaker! Being a homemaker demands an immense level of skill and effort, which deserves to be applauded rather than being undermined.”

This inappropriate conditioning has to be shrugged off.

The general perception about homemakers

According to the not-so inclusive society of ours, men of the house go to work and earn money, while the homemaker sits and enjoys the whole day inside the house.

Their version of the homemaker follows a syntax like:

Watching melodramatic TV serials— Munching on food all the time—  gossiping stuff with her mother and neighbourhood ladies—  dominating the husband (amplified by nonsense forwarded husband wife jokes) —  going for shopping every alternate day to waste the hard-earned money of the husband—  asking the same question every day, “Aaj khaane mein kya banau?”

Most of the readers will be smiling while reading this, and a major section will also consider this absolutely true. But to their surprise, this scenario is as fake as anything can be. Let’s have a glance at a normal day of a homemaker.

A normal day at work

If I choose to describe it in a single word, simply— EXHAUSTING (physically as well as mentally).

The day begins quite early in the morning, the foremost task is preparing breakfast for the family members; sometimes preparing both lunch and breakfast simultaneously for the (not very grateful) husband and kids.

After that the focus shifts onto the daily household chores — dusting, cleaning, sweeping and mopping the floor, washing clothes, doing dishes and what not.

Here some might argue that many households have helpers and maids to assist them in the chores, but believe it or not, it isn’t as easy as it deceives to be.

One needs to acknowledge that they are also humans and not robots who can blindly follow the given instructions. They have their own thought processes and methods, which at times don’t fully align with the needs of the family.

This leads to a lot of mental stress for the homemaker to manage everything efficiently.

Then come the motherly duties, helping the children with their studies and homework, playing with them, providing care and attention (mostly single-handedly as the men are relieved of their duties on the pretext that they don’t have time for family issues).

She has to manage her time between children, husband and household chores which ultimately leads to losing personal identity and ambitions.

This is detrimental in the long term because after a certain age the responsibilities take a back seat and at that point of time the homemaker is drained and has no hobby or activity to indulge in.

This is just about a small family let alone joint family where the situation is worse till the highest extent.

A homemaker is often treated as a punching bag by her family members.

She is blamed for every irrelevant thing, she has to bear the brunt of mood swings, bad day at workplace etc!

And with all this burden she has to live in the same atmosphere for the major part of the day which leads to sulking over the mental burden she has been put under whereas — other members forget things as soon as they step outside and meet different people.

Also, it’s not a coincidence that most of the homemakers don’t have their own friends nearby. If you notice carefully, the so-called friends include wives of the friends of husband, mothers of child’s friend or the neighbour.

This further intensifies the mental distress because sometimes friends are the best medication one can have which she is devoid of.

Everyone doing any sort of work has the privilege of enjoying off-days or holidays to rejuvenate themselves, except if you are a homemaker.

You are on your toes round the clock making sure that no one is left untreated or wanting anything. Even during illness, a homemaker tends to ignore oneself for the sake of family and their over the top requirements.

I haven’t seen my mother taking a day off from her regular household routine even while being severely unfit or on her periods and to be blunt, I am not proud of this fact.

And at the end of all sacrifices all they get to hear is that they are at the mercy of their husband who according to the society is generous enough to provide essential things to them “FOR FREE“.

Well, to be honest, it is as wrong as it can get. It’s actually the other way round. The homemakers save their husband’s money by providing no cost services, but all they receive at the end of the day is insult.

All the above-mentioned patriarchal values have been glorified to such a level that it forces a homemaker to believe that it’s her responsibility to fulfil all the unrealistic expectations of the family without complaining and be perfect in every aspect, which is virtually impossible.

This also serves as a toolkit to promote patriarchy among the newer generations by glorifying the unwarranted hardships and struggles of women. How often have you heard people calling women a superwoman as she manages everything all by herself? Is it about acknowledging her efforts?

It is done to shed all the responsibilities from others and dump it on the homemaker as if she is a self-proclaimed superwoman. This regressive mindset needs to be rectified so that we consider everyone’s human tendency and let them live burden free.

It is high time that we shed our wrong learnings and start respecting the contribution of homemakers. They are invaluable, and they deserve more than what they are being given right now.

Image source: Still from, Hum Do Hamare Do – Official Trailer, edited on CanvaPro 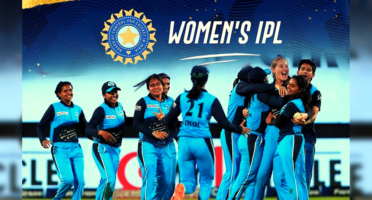 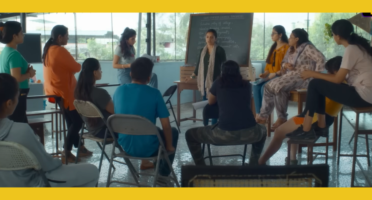 "No Girls Allowed After 12 A.M. In The Reading Room," The Watchman Yelled! 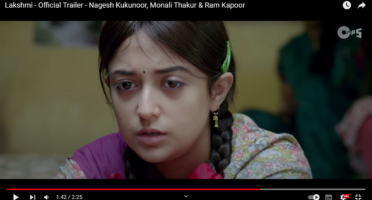 The Hypocrisy Of Bollywood's Biggest Showman 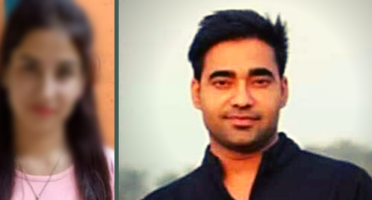 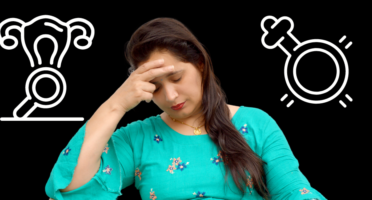