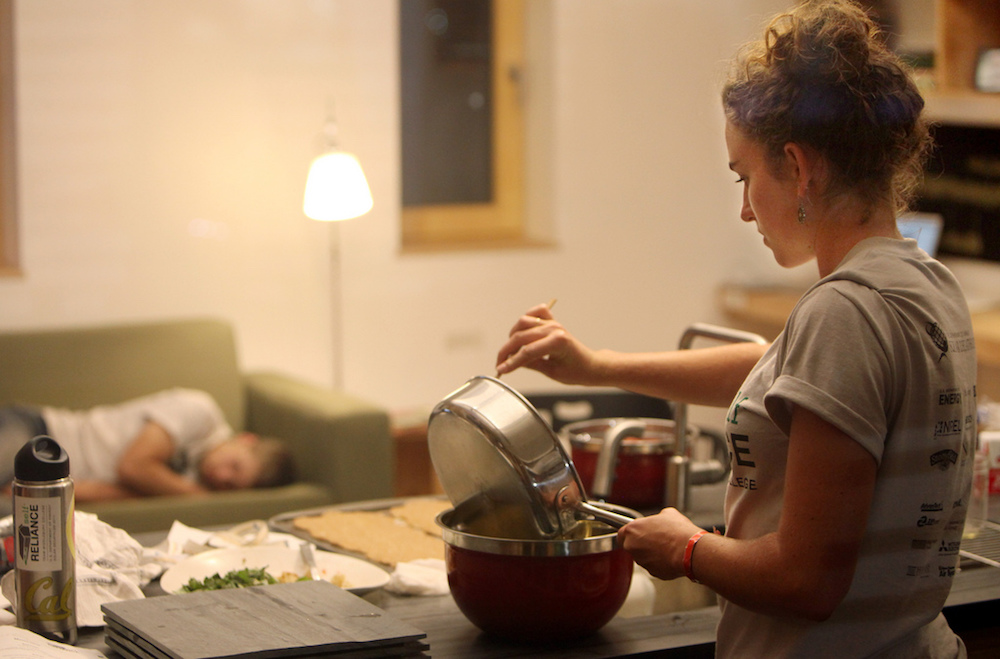 Akash was reading the news on his iPad, lying in bed, when his phone buzzed. “Akila will you please get that for me?” he asked. Akila got up from beside her child who was now fast asleep. It was half past eleven. She picked up the phone and Akash said, “Will you please check that message for me?”

“It looks like an email from office.” Akila read out – “Your mandatory leave of 20 days is due and needs to be utilized before December 31st 2015”.

“Ah! Its already November end, I totally forgot that. The issue might get escalated if I don’t take those leaves”.

Akila was wondering what that was. “What is that Akash?” Akash, not even looking at her replied, “According to rules, I am supposed to take leave for 20 working days continuously this year, I haven’t used them yet”.

“Oh! So you will be at home next month? Can we go out somewhere Akash?” said Akila, amused.

Akash responded, “No no, I have a long due trip with my college friends, I am hoping to use it for that. I usually do that every year; maybe I didn’t mention it to you, not that it mattered!” and he went back to his news world.

It hit Akila badly. They had been married for 5 years now and they had gone on a vacation may be two times, she recollected. She had quit her job just before her marriage as she had to move to another city. Her future family was rich enough, she was told. She could live happily and comfortably at home and not toil at work.

She didn’t know what she was upto. Akash was a workaholic and all he cared about was his work, and then his friends. Post marriage, Akila would do all work at home, take care of the kid, and take care of her bed ridden father in law – who had a paralytic attack a year back. She had no time for herself and most importantly – all she got from Akash was, “What do you do all day, can you not keep the house a little clean? I wish I could swap with you for a few days, only then you will know how tough it is to toil all day in office,” and blah blah blah.

All this was echoing in her mind. It was 1:00 am. She couldn’t sleep. She sat up. She opened the laptop and wrote an email. The night passed in deafening silence.

It was 7 am. Akash woke up to the doorbell. He yelled, “Akila, where the hell are you? Can’t you open the door?” No response. He frowned and went to get the door. “Bhaiya, doodh.” He got the milk packets, put them into the fridge and started looking for Akila. He neither found her nor his 2 year old kid. Not sure what was happening, he rang up Akila – the call got cut.

Ping! He got a message that read – I am out. Please check your mail box for details. Good day!

Akash was shocked. Akila had never cut his call earlier. Not sure yet, he quickly checked his mail that read:

Dear Akash,
It has been 5 years since our marriage. I would like to inform you that I am now eligible for 100 days of mandatory leave.  I would like to utilize 20 days of it for now. I got to know that your mandatory leave is due, so please manage the house for the next twenty days. Our kid Arjun is at my mom’s place. She will drop him back today evening, and you might have to take care of him as my mom is not in town for the next one week – some pilgrimage trip I guess. I am sure you will figure out the routine work. Appa’s medicines are in the cupboard with the prescription. Drop me a text or an email if you need anything. Please expect a delay in response as I am a little busy.
Love
Akila

He sat down with his face dug into his palms. Akash had no clue what to do next. He had to do something though. He had to attend to his father, he had to make arrangements for their food, and he had to inform his office. He gathered himself up again and pushed up as he didn’t have a choice. He had no clue of where to start in the kitchen also. He was struggling to find the milk boiling vessel, the lighter for the gas stove, the tongs – he had never even boiled milk after he got married. He somehow managed to make rice and dal. He dropped an email to his boss stating about is leave –“utilizing mandatory leave due to personal emergency”. He went to his father to figure out his routine. His father could barely communicate details. He texted Akila –

It was 7 pm and the doorbell rang, Akash ran to get the door praying it was Akila. It was his son and MIL. She was in a rush, she had a train to catch, handed over Arjun, “Give me a call maplai (son in law) – I will give you all information”.

Messages and emails went up and down between Akash and Akila. Electricity bills, gas booking, laundry, vegetables and fruits to buy… the list was endless. It was December 2nd and people had come for salaries and dues – the newspaper man, the milkman, the maid, the internet bill notification sms (which Akila forwarded), the house rent.

Whooo – Akash had a really tough time managing so many people at once, leave alone taking care of his father and his son. He found a cook through his MIL’s contact the next day. She demanded a whooping 7k and defined her work clearly, and stated that any additional work would cost 500 extra. Akash nodded. She wasn’t a great cook but Akash adjusted as one big task was off his plate. Trying to feed his son some food in vain, it struck him how much he had criticized Akila and how patiently she took all that and still continued to do her duties for 5 long years. He had to also arrange for a nurse to take care of his father as he struggled juggling between the kid and the father. His respect for Akila grew in leaps and bounds.

10 days passed. It was 6 am and the doorbell rang, Akash opened the door saying, “shhhh kid is sleeping,” only, to his surprise it was Akila. He didn’t utter a word. He just hugged her, as tears rolled down. She walked in quietly to see what a mess the house was, but didn’t comment. She went straight to the bedroom, hugged her son and lay down beside the little one. Akash hugged her too.

There was no looking back ever since. Akila’s mandatory leave brought about a lot of realizations in Akash. Akash decided to retain the nurse to take care of his father as he finally realized that Akila was overburdened.  Akila never had to take leave again because Akash took it every year to go out with his family. It was truly happily ever after since then.

Sunday Is My Day Off From The Kitchen And My Husband Cooks. What’s Wrong With That?