Is The Desperation To Prove Our Worth Keeping Better Salaries Away?

Are women more desperate to prove themselves? It was seen that women find it harder to negotiate their salaries as compared to men! The questions raised were, are women less confident, or are men better negotiators?

Are women more desperate to prove themselves? Here are my thoughts!

I read two separate articles published by two leading magazines that had some statistics that got me thinking!

The first article stated that— it was statistically seen that women find it harder to negotiate their salaries as compared to men!

The questions raised were — are women less confident, or are men better negotiators?

In the second article I read, where the following statistics were presented.

Of course, there were many more hard facts stated, but let’s stick to the ones stated above for the sake of this debate today!

Why do women find it difficult to negotiate their hard-earned salaries?

Why do women find it difficult to negotiate their salaries? Why are women not able to get leadership positions in organizations? Why are women working harder to take care of their homes as well as trying to be their best in offices and yet not able to ask their worth!

Are they scared that they may be considered inferior! Is it a lack of confidence in them!

What could be the reason?

Women are far better negotiators than men, and I am sure we have each seen them haggle till they get every penny’s worth when they manage their homes!

And yet, these same women shy away from negotiating for their much deserved salaries at work!

They hold on to their jobs like dear life — willing to compromise and settle for less! Since women are desperate to prove it to themselves and to the men that they are capable and can earn a living for themselves!

That they— the women, are not dependent on their men for money.

And so that men don’t play their money trump cards on their women— to prove to them that women are inferior and/or dependent on men— and due to which men are entitled to play power games on women!

Think about it hard!

The article was published here. 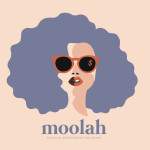 I am Meeta Gupta and I am the Founder of Moolah for women, a financial literacy and empowerment platform especially for women. At Moolah we make finance simple, fun and jargon free so that women read more...