Are Working Women Too Hard On Themselves?

As life's responsibilities fall on you, however, things begin to change. It gets more and more difficult to juggle everything.

It has always been a tough road to being a working woman. You need to be lucky enough to have supportive parents who believe in equal opportunities for girls. You need to work hard to get a good education and be able to pursue jobs thereafter despite well-meaning relatives wanting you to marry straight out of college (lest all the eligible boys are taken!).

After that for a short period, the world can seem your oyster. Having money to spend on your own and being independent is heady and empowering!

As life’s responsibilities fall on you, however, things begin to change. It gets more and more difficult to juggle everything. Especially once you have kids.

Like it or not (even with supportive husbands) the weight of childbearing and rearing falls more on women. Household tasks are still considered a woman’s domain. For men it is optional. It’s great when they take it up, but the amount is up to them. And even if they don’t, what are wives to do?

On the other hand, being married to a working woman has its perks for husbands as well. They no longer need to be sole breadwinners anymore. Contributing financially to the household isn’t considered optional for their wives either. After all, the husbands are ‘letting’ their wives work, aren’t they?

It can seem like a kind of lose-lose situation, and it has been entirely by your own choice.

The working woman catch-22 situation is something I feel super strong about. Women wanted to be out on a level playing field with men because they suffered in a lot of ways just by staying at home and bringing up kids.

The breadwinner was the boss of the house and women battered. If not physically, then emotionally maybe or mentally. Decisions were made by men for women. Women fought for their rights, started voting, started working.

Not to realize that just because men see them ‘capable enough’ to do what is more critical – they would step up and share the household responsibilities willingly.

Women being primary caretakers of children, even in the generations of working women; they raised their girls to be independent in all ways; however, boys were not raised to balance this out.

As a society too, kids are still looked at as a reflection of their moms. An ill-behaved kid is still not a dad’s responsibility.

Hence women, have nowhere to go but to be hard on themselves. Should they quit the ‘earning money’ arena? Well if they do, they might go back to the same issues which generations of women fought for.

Can they escape familial responsibilities? Not until boys or men are at a stage where they can share and take responsibility at a true 50-50.

The ‘feminist movement’ is a long drawn one. I would like to say that we are at a good stage of it, but it still has to see a few more generations to be where it has to be.

The only silver lining I can see is the next generation of these working women. Children (boys and girls) who see their mothers walking this tough tight rope and vowing to do better. It is one more task for moms perhaps, to ensure they learn the right lessons from all of this, but it’s gotta be done. 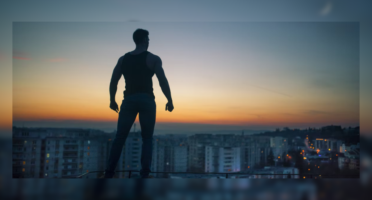 Has The Definition Of The 'Alpha Male' Become Outdated? 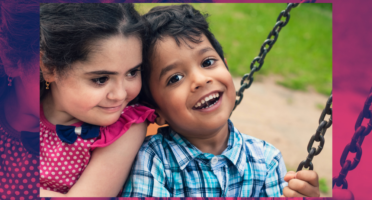 Siblings Are Supposed To Be Born Friends!