Tanvi Sinha minces no words when it comes to women’s rights in the home and the workplace and encourages all women to stand on their own two feet before anything else.

Highly insightful and articulate, Tanvi Sinha always manages to unerringly hit the nail on the head when presenting her ideas. Tanvi has an amazing ability to present her views in a no frills, sharply feminist manner that often resonates with the reader.

She minces no words when it comes to women’s rights in the home and the workplace and encourages all women to stand on their own two feet before anything else.

Tanvi writes about a wide range of topics and is not afraid to discuss taboo subjects head on, for she believes sharing helps one to heal. That’s exactly what brings her to Women’s Web, a space meant to give every woman a space to share her voice and speak her mind.

A chartered accountant by profession, and a writer and a highly successful blogger by night, Tanvi has won many writing awards including the ​​Laadli Media Award for Gender Sensitivity in the english blog category in 2020 for her article Unhappily Ever After: The Cost Indian Women Pay For Our ‘Lowest Divorce Rate’ on our website. She also won the Orange Flower Award for creative writing (runner up) and social impact in 2017.

The power of having your voice heard…

Tanvi shares with us how she started her journey with Women’s Web and her love for writing.

“A little frustrated with my life, and angry at a lot of people and society in general, I wrote an article called ‘The Antithesis.’ I sent it to the only person who I thought would have the time and patience to read it, my mother. She said, “It’s nice.”

I started searching on the internet for platforms that would be willing to publish it. ‘Women’s magazines’, ‘Women’s stories’ were some of my keywords. I came across a website called ‘Women’s Web’ and I sent my article to them.

Fortunately for me, they published it.” To Tanvi’s surprise, her post went viral and was a resounding success. And just like that, with that one post, Tanvi was hooked. The power of having your voice being heard and resonated with was addictive.

Tanvi then went on to write more articles for our website such as  ‘Why I will not teach my daughter to be the good daughter-in-law’. The piece had received negative feedback in the writing class she was taking. However it went on to become an even bigger hit than her previous post on our website because of her honesty and authentic voice.

Blogging is Tanvi’s first love and it brings her a lot of joy. She has been asked by many about how to become a successful blogger, “there is no formula” she says and advises aspiring bloggers to develop their own original voice.

“All I can say is originality in content sells, but in today’s times of multiple mediums especially visual mediums it is not easy to have a successful blog. Just believe in yourself (because nobody else will) and take the plunge!”

Advice to young women who are late bloomers

Originally from Patna, Bihar, Tanvi grew up in different cities and went to six schools including  middle school and high school in the United States. She says, “I never stayed in one place for more than 4 years!

Back in school, I was studious, quiet and boring. I was not the kind of girl who was popular or the one who had a lot of friends or the one boys had crushes on. I grew up thinking the only way to have a good life is by studying and doing everything right! I didn’t have any identity other than being a high performer in academics.

I was an awkward teenager, a terribly late bloomer and I didn’t fit in. Back in the United States, even though I got good grades I was hesitant to speak up in class, conscious of my accent.”

Whenever Tanvi loses confidence, she recalls a teacher’s feedback to her parents about her at a parent teachers meeting. “My creative writing teacher met my parents and started talking about me. ‘Tanvi is a gift.’  She said, I was beaming.  ‘I have only one complaint.’ She added after a generous amount of praise. ‘Class participation’, I said, even before she could.

And then she said something that I try to remember even today when I lose confidence.

‘With your intelligence what could you possibly say that would go wrong? What is stopping you?’

I remind myself these words every time I want to do something but hold myself back for some or the other reservation. What is stopping you!!”

Tanvi has one important piece of advice to all women, “I would tell all women, please always have a job. Your career may suffer as your priorities in life change, but you need financial independence to take tough decisions as there are no guarantees in life. You don’t need to love your job but love what it means to you – freedom to make your own decisions.

On life as a corporate professional and women in leadership roles

Speaking of work, Tanvi found that it was never easy to grow in a corporate structure. “I remember attending an event in which women achievers were being felicitated. These were women in senior leadership roles.  Almost each one of them thanked their husband and in-laws and dedicated the award to them!

I am not saying it is a bad thing to appreciate someone who has truly supported you. But I feel some of them felt compelled to in order to satisfy the husband’s ego and ward off jealousy. For those women who got genuine support, I started wondering,  is that what a woman’s career ultimately comes down to? How lucky she got with her husband and in-laws!”

Tanvi believes that women must pull each other up and stop the crab in a bucket mentality. “What is the point of having women leaders who do not support female team members? she says.

Over the years, Tanvi has grown weary of the lies fed to women that it is their duty to become sacrificial lambs to keep a marriage going. “We are told that we need to sacrifice in order to have a good marriage.

While this may be true, this lopsided sacrifice is often everything a woman cares about herself – her career, her social life, her friends, her family, her identity, her self-respect. Who is this husband who deserves all of this?  Is he Aladddin ka chirag whose mere presence in her life will give her happiness after losing so much? This is nothing but a competition for misery and we Indian women all seem to be competing for it.”

She believes that one can strike a balance, adding “Women can be alone! Women don’t need a man. I think this is the other extreme. Well, yes nobody needs anyone! But as human beings, we all want companionship or love if I can dare to say.  Maybe both narratives need to change.

Instead of glorifying marriage, and the happily ever after myth, how about we accept that there is no need for an ever after and that women can choose whatever works for them at different stages of life. It is okay to undo relationships that don’t work.

We are so afraid of failure. We are so embarrassed by what people perceive of us. When actually nobody has the time to think about us!”

Over the years Tanvi’s motto has been to take life as it comes and in taking chances and having no regrets. Tanvi lives life unapologetically and her courageous voice encourages us to do the same!

Her other blockbuster stories

Register at Women's Web to get our weekly mailer and never miss out on our events, contests & best reads! Or - get a couple of really cool reads on your phone every day - click here to join our Telegram channel.
women's voices 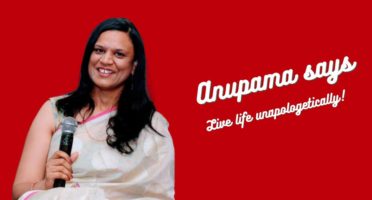 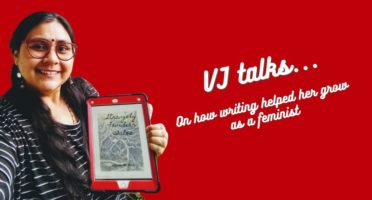 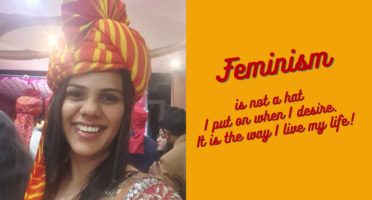 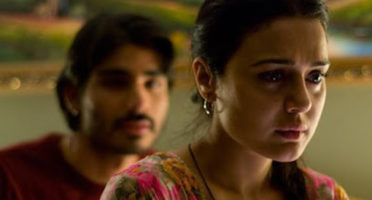