These 10 women in the merchant navy have broken the glass ceiling for women in the maritime industry. These women continue to seize the day!

There has been a paradigm shift in the attitudes of people when it comes to women working in male-dominated fields. Most importantly, women in the merchant navy are something we hadn’t heard of- in the past.

From law to firefighting, we’ve seen it all. But one of the most prominent yet arduous jobs is working on the sea! Unfortunately, several women weren’t allowed to pursue a profession in the marine industry simply because of the lack of work-life balance, social pressures and traditional social responsibilities.

While the field still is male-dominated, these 10 women shattered the glass ceiling and thrived in this strenuous environment.

Let’s look at these amazing women that seize the day- literally every day!

Capt. Radhika Menon is the name you need to remember! This woman has time and again proved to be the definition of selfless bravery and courage.

She started her journey by working as a radio and communications officer at the shipping corporation of India. However, slowly, she rose to become the first woman in India to captain the MT Sampurna Swarajya-a merchant navy ship.

She showed undulated courage when she rescued seven fishermen in the Bay of Bengal amid a massive squall. Her selfless act led her to win an International Award for Exceptional Bravery at Sea, given by IMO.

Menon has continuously worked toward the betterment of women in the maritime industry. She is one of the International Women Seafarers Foundation’s founding members, which strives to create opportunities for women in the marine industry.

Did you know that we have a woman river pilot in India? YES! Reshma Nilofer is the first Indian woman to be a river pilot!

She became the first Indian as well as one among world’s very few female marine pilots after qualifying as a river pilot in 2018.

A river pilot’s job is quite difficult, considering the lack of sandbanks and the sharp twists. However, Reshma makes it seem utterly easy! Reshma pilots ships from the sea to the Kolkata Port via the Hooghly river. The Hooghly river has a reputation for its uncertain droughts and scary depths.

Reshma is the only woman working shoulder-to-shoulder amongst 66 other river pilots. The training is gruelling, and they train until navigation becomes an instinct.

Reshma’s precise judgement and self-awareness have made this journey even more inspiring. A couple of years back, in an interview with SHM, she said:

“Women can be very sensitive and compassionate, but this cannot take us through life. We need to be tough emotionally. We have the freedom to excel and prove ourselves in every field. The only way to do this is to keep becoming a better version of yourself.”

Sonali Banerjee comes next on the list of women in the merchant navy! In 1999, Banerjee became the first woman maritime engineer. This breakthrough occurred when this heavily male-dominated field started the journey of acceptance.

Our first maritime engineer always had an inkling of seafaring life- moreover, her uncle’s stories from his days in the merchant navy only navigated her true passion for the sea.

But things weren’t easy for Banerjee as she defied the societal pressures and enrolled herself in the Marine Engineering Research Institution, Kolkata. She was the only woman in the batch of 1500 cadets!

In 2001, she got her biggest win when she became the first woman to take control of the ship’s machine room aboard a vessel of Mobil Shipping Co.

While Banerjee continues to inspire young women to follow their dreams in the maritime industry, she constantly proved herself and worked double the amount of her male counterparts.

Shubhangee Swaroop is the first woman in India to pilot an Indian Navy aircraft. In 2017, this young woman trumped the maritime industry by becoming the first woman to fly Maritime Reconnaissance aircraft.

Swaroop always wanted to be a part of the defence forces- she grew up watching her father, Gyaan Swaroop, as the Naval Commander.

When she joined the Indian Naval Academy, Ezhimala- was the only female candidate in the former man-only unit. While the 27-year-old Shubhangee strives to reach the sky to her fullest potential, she understands the responsibility that comes with becoming the first female naval pilot.

Swaroop inspires young girls to dream big and even soar in the sky.

INSV Tarini was commissioned in 2017, and since then- these six women have been a part of its all-women crew! Isn’t that historic?

These six women have travelled across the seven seas in just 254 days as they covered a distance of over 21,600 nautical miles!

These women are stout-hearted and have travelled across all kinds of the sea- the gruntled and the disgruntled ones! Through their journey across the seven seas, these women survived extreme weather conditions– but their determination never faltered.

These six women are etched in the memory of historic celebrations in the history of India’s women in the merchant navy. The crew of INSV Tarini and all other women continue to lay the ground for young women interested in the affairs of the sea.

A male-dominated job never faltered their will- they never let their concerns overpower their passion for the sea. These women live infamously despite giving so much to the country and all women globally.

These women inspire me, you and all those young women willing to dream a life- willing to break barriers and defy all odds- because it’s us women who can do anything we want! 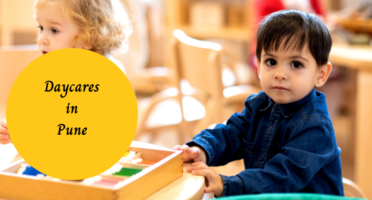 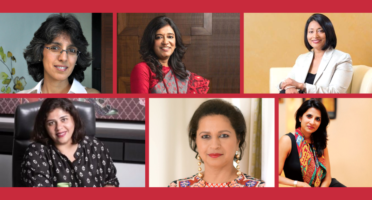 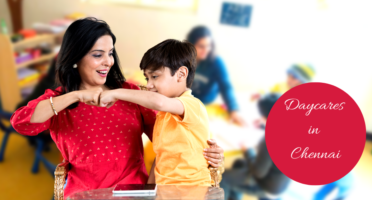