In the video, it becomes clear that Gangubai pushes Afshan away multiple times, with the intensity of her push increasing each time. However, he takes her seriously only when she aggressively slaps him.

Trigger Warning: This has mentions of rape and sexual abuse and may be triggering for survivors.

My first ever article on Women’s Web mentioned my teenage obsession with Shanaya Singhania from Student of the Year (2012). Another equally intense infatuation I had while growing up was with Swayam Sheshawat (played by Shantanu Maheshwari) from Channel V’s Dil Dosti Dance (2011-15).

Thus, when I found out that Maheshwari would be romancing Bhatt in Gangubai Kathiawadi (2021), I felt excited at the very thought of it. However, all the excitement was soon replaced by frustration when I watched their romantic number, Meri Jaan, which was released on the 21st of February.

The video of Meri Jaan depicts a scene in which Gangubai (played by Alia Bhatt) romances her love interest, Afshan (played by Shantanu Maheshwari) at the backseat of a car. In the beginning, the viewers see her teasing her lover and pushing him away every time he comes too close to her. However, when he is unable to control himself any further, he simply climbs on top of her. Gangubai resists once, twice, thrice, but he still doesn’t stop. So, she slaps him the fourth time he grabs her. Her anger suddenly makes him feel so apologetic and guilty that he hides his face in shame. This, in turn, leads her to hug him. She further goes on to hold his hand and place it on her head. The video ends with Afshan stroking her hair.

There are multiple things that seem to be problematic when it comes to the overall message that this video tries to convey. Here are the questions that we need to ask ourselves about the ‘love anthem’:

Romanticising brushing past a woman’s consent

How can a video about a man trying to violate a woman’s consent be considered romantic?

In the video, it becomes clear that Gangubai pushes Afshan away multiple times, with the intensity of her push increasing each time. However, he takes her seriously only when she aggressively slaps him.

What would he have done if she hadn’t been assertive about not wanting him to touch her? Would he have ignored moved forward, completely ignoring her discomfort?

Once we sit down to answer these questions, we might understand how little Indian filmmakers know about the importance of consent.

Why does Gangubai hug him immediately after he triggers the memories of her disturbing past?

Gangubai, as the plot of the film suggests, is a rape survivor. Thus, in the video, when she slaps Afshan, it is because his actions trigger the memories of her sexual assault.

If that is the case, then why does she hug a man who triggered her? And why does she need to remain in love with someone who can’t respect her unwillingness to engage in any sort of sexual activity?

Why does an independent and strong woman need a man to console and validate her (and stroke her hair, as shown in the video)?

The video seems to be a perfect example of trauma bonding (- one of the reasons women stay in abusive marriages) because Gangubai expects the person who upset her to console her, as well.

Here, I wish to point out that while a lot of individuals who have been sexually abused turn towards their abusers for comfort, romanticizing a concept as toxic as that is simply a celebration of male chauvinism.

Why is the Indian audience being made to view Gangubai through the ‘male gaze’? When will women-centric Bollywood films be free from the notions of toxic masculinity?

Male story writers and directors in Bollywood have a long way to go in terms of their depictions of women and womanhood. Gangubai Kathiawadi is a strong character who needs to be given a certain persona, even in a romantic number. Thus, reducing a character like Gangubai to her sexual appeal is nothing but the propagation of the ‘male gaze’.

Of course for rounded women characters, it is important to bring out a woman’s vulnerability but doing so by making a man responsible for her healing is nothing but misogyny at its best. 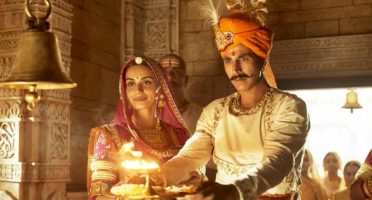 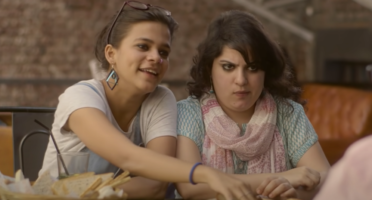 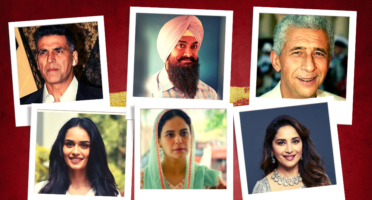 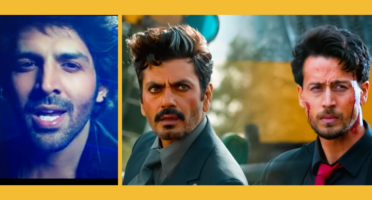