So, The Women Of The Family Must Wait On You When You Eat, Until You Finally Wash Your Hands?

Why do men feel that it's their right? Why don't at least one man opens his mouth and say, "Let my wife eat first. She must be tired"? Why can't they open their mouths and ask their wives and daughters to eat along with them?

Recently, my husband and I were at my in-laws’ home for a function.

My mother-in-law who slept at 2am after the earlier day’s preparation work woke up at 4am to arrange for the following day. I woke up along with her to lend her a helping hand. Her sister also got to work a few minutes later.

The men in the family slowly opened their eyes at around 5am and while the women in the house were already juggling between arrangements and other settings for the day, the men sat sipping coffee served by their busy wives before they proceeded to take hot water baths. They bathed and wore hand-picked dresses for the day (which were again kept ready for them by the women in the family by the time they came out of the washroom). The ‘head’ of the family then proceeded to do his ‘pooja-paath’, the arrangements for which were again made by my mom-in-law amidst her thousand other chores that were lined up for the day. During his 1 hour session of offering prayers, he called his wife twice who had to leave whatever she was doing in mid-way to cater to him – be it flowers, oil or whatever!

The big day started seeing guests pouring in and my mother-in-law was on her toes doing all the chores.

When it is always ‘men first’

The day went happily with the women receiving the guests, serving them food, drinks, respect, and love. My mother-in-law’s sister was in the kitchen cooking everything needed for the day, right from coffee, breakfast and the big list of items in the lunch menu, while my mom-in-law went around the house taking care of the guests. The men in the family sat along with the guests, watched television, ate snacks and drank cuppas along with them. They “gave company” with “due respect” to the guests.

Two out of four guests were women. Those women came to us and asked if they could help us in anyway. (Men didn’t). Of course out of courtesy, we smoothly denied their assistance. It was time to serve the lunch. We invited our four guests to the dining hall. Following the Indian rules of courtesy, at least a couple of family members must sit with them and have food while the others serve them. My father-in-law and my husband were asked to sit along with them and have food. Here is where my mind started to poke me with questions that my lips couldn’t ask.

WHY?? Had someone asked me who would eat in the first go, I would have made my mother-in-law and her sister sit at the table. Why should men who couldn’t even take their clothes from the cupboard should be permitted to eat first? What have they done since the beginning of the day that they were so tired, feeling hungry, and should be fed in the first go? Just because they “earn money and all that is coming on to plate is because of them,” they should eat first?

The two ladies in the house worked like machines to make the day. They planned, they organised, they cooked, they cleaned and they arranged everything without taking a minute’s rest until then. But Woah! Leaving behind the tired souls, those who lolled around chit-chatting with the guests got to quench their hunger pangs first!

Unfortunately, the ladies in the house themselves suggested that their men sit first along with the guests and I just stood there, helpless. Once everyone was done with eating which took an hour more, the two ladies, who were already exhausted by then, didn’t even think of eating much until I forced them.

‘Head of the family’

This was just one fairly recent incident, but this is among the numerous that I have been seeing since my childhood. Anything that happens in the family, men get to eat first. Women, who work since morning, tirelessly, have to wait until these men finish washing their curd-kissed hands. Once done with eating, will anyone come back to serve food to these ladies? Nah! Please don’t ask about it, they have to sit chewing sweet pan. The ladies serve for themselves.

If death happens in the family, after all the rituals are over, men are served first. Excuse me! What about the ladies who have sweated in the kitchen all day? If any pooja happens in the house, leaving behind those ladies who have been starving, these men gulp the tasty items cooked for the day as if they have just landed from a drought-prone land.

Why do men feel that it’s their right? Why don’t at least one man opens his mouth and say, “Let my wife eat first. She must be tired”? Why can’t they open their mouths and ask their wives and daughters to eat along with them? Whatever might be the case inside the house, is it so difficult to speak out for the tired people when in a group? To hell with all the traditions. If your traditions cannot comfort a person and if you show your supremacy that came with gender, then all your pooja paath, all the rituals you perform are just to prove your stupidity and superiority.

Why should men eat first at every occasion? The answer to this is unfortunately given by women themselves – “They are the head of the family”.

I am going to change this in every occasion that happens in ‘my house’. All these years, I wasn’t able to do anything because it all happened in someone else’s house and the women there were willing to let it happen according to the ‘tradition’. But if it’s in my house, I would rather give importance to those who laboured and were the backbone of the event. Be it male or female, the one who should be prioritised, will be prioritised.

Let’s bring in change at least in the days to follow. Let’s show our younger generation that hunger is the same for everyone, irrespective of gender. STOP spreading the belief that women need to eat less and men feel a lot more hungry. Each body is unique and hunger pangs don’t know the gender. Son or daughter – they need the same food – don’t underfeed your daughter. Don’t let your son eat first and ask your daughter to follow to the table later. Don’t entertain anything like this in the name of tradition on special occasions. DON’T. Let’s change this.

Hello entitled man – think about your wife before you proceed to the table. Ask yourself whether it’s you or she who needs to be served first. It’s nothing wrong if you serve her before you eat. She worked hard and she deserves to be comforted. Don’t rush as soon as you are called. If she is asking you to eat first, it’s the importance she is giving you. Can’t you do the same?

Image source: a still from the All Out Ad / YouTube

The Master's holder in English Literature from the English and Foreign Languages University, Swetha is as a content curator and an author. Her "Letters to touch the petals of your heart" was published in read more... 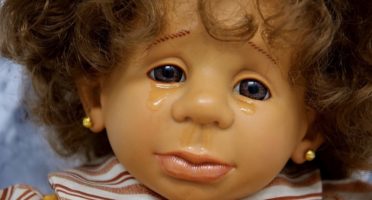 An Infant's Bitter Cry: Why? What Is My Fault? 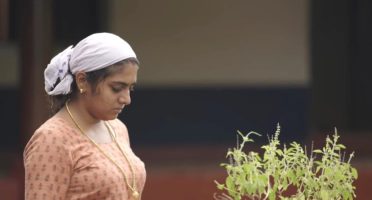 She's On Periods So She's 'Impure' For Her Own Housewarming, Even In 2021? 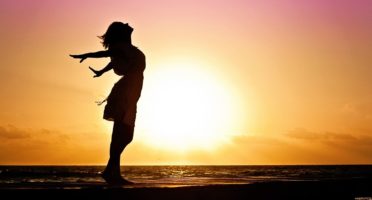