Despite A Superb Huma Qureshi, Why Is Web Series Maharani A Case Of The Elusive Queen?

Loosely based on the Lalu Prasad Yadav–Rabri Devi political drama in 1990s Bihar, web series Maharani nevertheless falls short of its full potential for the need of a woman's POV.

Loosely based on the Lalu Prasad Yadav–Rabri Devi political drama in 1990s Bihar, web series Maharani nevertheless falls short of its full potential for the need of a woman’s POV.

Maharani is a web series that takes us into the heart of late 1990s Bihar politics. Within the first five minutes, caste tensions escalate, as hierarchies shuffle and a lower caste Chief Minister is in power.

Even before the opening credits roll, someone has been shot dead.

A narrative of a homemaker’s journey into political limelight

This becomes a commonplace occurrence over the next ten episodes, as the audience bears witness to the confluence of religion, politics and deep-rooted systemic rot. Corruption, massive scams, caste carnages, assassination attempts, and political outmaneuvering are on full and gory display as we follow the trajectories of Bheema Bharti, the Chief Minister, Navin Kumar, his arch rival, and Rani, Bheema’s illiterate but canny wife.

The current Bheema Bharti government is unstable, the Chief Minister has many enemies, and, while performing the Chhath puja with his spouse, is shot at by unidentified assailants. This leads to a chain of events that result in the unwilling, un-consulted and illiterate wife of the Chief Minister being thrust into the position of heading a dummy government for him. Yes, all the Laloo Prasad Yadav– Rabri Devi vibes here. 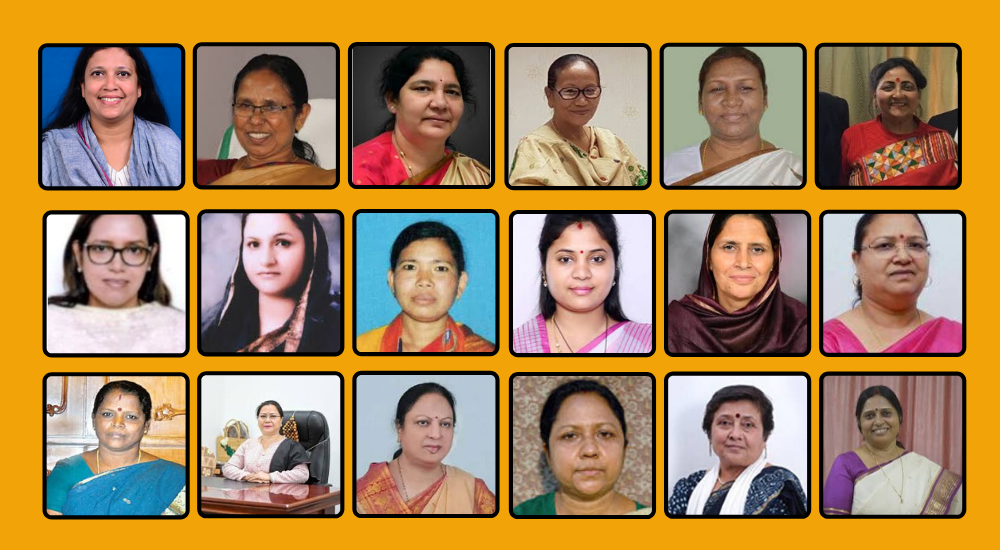 The show is ostensibly about Rani’s journey into the public sphere. Early on, we are shown that she is a woman who holds her power in her marriage, with her politically powerful husband being made to milk cows, sell the milk, and other such ‘unmanly’ behaviors not expected of Bihari husbands, let alone the Chief Minister of the state. It is only in the third episode, though, that the titular character occupies her role in a vastly male landscape. Even as she is written off as a “goongi gudiya”, in a direct reference to Indira Gandhi, we are warned by history that there are surprises to come. And we settle in to witness an evolution that is a long time coming.

In the earliest days of her new position, Rani clings to her role as keeper of cows and chickens, khichdi chef, and ardent housewife, refusing to relinquish it. In a moment that is both comical and a reminder that a woman’s will counts for nothing, she is physically carried out of her home to perform her duties at the Secretariat. She is mansplained and manhandled into her forced responsibility, which she takes on in deference to the husband she has been raised to deify.

A spunky Rani who regrettably falls short of becoming the Maharani

As she adjusts to political life, she shows sparks of a native canniness and ability to turn a situation to her advantage. She responds to the Opposition’s accusations of her illiteracy by pointing out how her lack of education is not her shame but a failing of the ruling class and caste. There was no infrastructure to go to school, the upper castes didn’t want her people to be educated, otherwise who would do the labor needed in their homes and fields?

It is this spunk that we hope to see more of in the series, but sadly, we are swept off into the heart of a male-dominated narrative where Rani remains a great idea on script. As men battle it out for power, glory and MLA seats, we are only treated to glimpses of Rani’s storyline. In episode after dreary episode, we watch politicians deceive, form alliances, set authorities on each other, and fiddle while Bihar burns. Several characters repeatedly remind us that that state has a population of seven crore people, but their lives feature nowhere in this fetid swamp of human corruption.

The only other female character that shows strength has her life and storyline abruptly cut short, so that character arc never quite develops. In the end, Rani follows the beat of her own conscience, in what is meant to be a surprise ending, but we’ve been strung along for so long, we barely manage to care.

Huma Qureshi as Rani does her best, but with limited screen time and inconsistences in character, can only do so much to bring the patchy story to life. Sohum Shah as Bheema Bharti comes across as intriguing initially, because he’s not quite the patriarchal tyrant we expect, but there aren’t enough layers to his character to keep us interested. Amit Sial as the conniving but suave Navin Kumar does a good job of delivering his more conventional role. The supporting cast is effective, with Atul Tiwari and Inaamulhaq shining in their roles as the kingmaker Governor Goverdhan Daas and the honest Finance Secretary Parvez Alam.

Web series Maharani is a missed opportunity to center the titular character and view the landscape from her lens. The male gaze is unrelenting, and the script leaves large parts of her character and narrative undeveloped. The prominent positioning of women remains mere ornamentation if we do not let them fully occupy and live out their stories.

My Dalit Women Are More Than The Patronising Stereotypes You Come Up With!

The Dalit woman holding a broomstick, as in the first poster of Madam Chief Minister, is an image that reduces the enormous capacity a Dalit woman embodies. Don't patronize.

The Dalit woman holding a broomstick, as in the first poster of Madam Chief Minister, is an image that reduces the enormous capacity a Dalit woman embodies. Don’t patronize.

Short hair. Face tilted to her right. Determined eyes; squinting. Looking at a camera that seems to have shot off insults at her. Bruises from a scuffle, one near the lower lip, another below the right eye. The camera may miss the right one, so another prominent one on the left cheek. A longer one, if you will, so that nobody misses it. All this on the perfectly made-up, impeccably clear face of Richa Chadha.

Okay, maybe the scuffle is misleading. Let’s show labour! Give the woman a broomstick in her hand, how else do we make sure the audience knows this is a Dalit woman? You know, let’s also say “Untouchable, Unstoppable” at the bottom of this poster. Just so they know, you know?

What Every Woman Can Learn From Jayalalithaa “She is not married but can she claim to be a virgin?” Opposition party members roared. Her first political campaign was called a ‘Cabaret Campaign’. Even for this highly intelligent woman with charisma and oratory skills that no man could ever match, honour was still considered to reside between the legs.

That did not stop her. In fact, nothing did.