Should we have the sex talk with our children? Or let them figure it out, as we did? There are arguments for both, and here, the author makes a compelling case for the former.

Must we have the sex talk with our children? Or can we let them figure it out, as we did? The author makes a compelling case for the former approach.

Sex education for children: when I first broached this topic in my friends’ circle, I was met with mixed reactions. A few of them were supportive, saying they felt there was a need for it, but didn’t quite know how to approach it with their children. Some were at a midway point; they wanted sex education imparted to their children, but preferred that someone else handle it.

But one person was vehemently opposed to this. Her viewpoint was, ‘Sex is just like food. It’s a basic instinct. Even if we don’t teach it, kids will figure everything out by themselves. We managed quite well without it in our times, so why not them?’ And I could sense that, once she said this, there was a silent agreement among a few others in the group.

So let’s talk about this. Food and sex. Both basic instincts, yes, and even if we don’t teach them anything, our children eventually will figure out what to do in both situations. But, the way they approach them will be completely different.

Let’s take food. From the moment a child is old enough to feed themselves, don’t we start teaching them everything we can about food? Healthy food, junk food, how to chew food with mouth closed, how not to waste food, how to always ask for CONSENT before taking food from someone else’s plate, how to eat with hands, how to eat with cutlery, wash hands before and after eating, the list goes on and on. We have this enormous rule book for a simple act such as eating. Why?

Because there is an ocean of difference between the child that has good food etiquette and the one that doesn’t.

If we can drill all of this into our kids from the time he/she can hold a spoon, and if, as you say, food and sex are kind of similar, then why do we shy away from talking about sex with them once they reach the appropriate age? The ocean of difference mentioned in the earlier scenario is even more stark here. Imagine how much better the world would be, if we raised children to be more sexually aware, trans aware and non-homophobic!

For those arguing, “we didn’t have any education and we turned out just fine!”

Did we really turn out fine?

Well, firstly: no, we didn’t all turn out fine. There are a number of us who struggled with a multitude of issues during puberty and after, who are still dealing with the aftermath of those experiences. Experiences that could have been made better, had we received any sort of education regarding sex and sexuality.

Secondly, we don’t live in that world anymore, where the maximum limit of deviant sexual content that we watched were maybe two CD’s of very poor quality. Today every child with a smartphone and internet has access to unlimited sexual content, replete with highly unrealistic depictions of sex, of mostly degrading variety. And unless they are steered in the proper direction from the beginning, many of them go out into the world believing that this is normal, that what they are expecting is natural.

And the topic of consent does not even figure in this equation!

So, time to buckle up and talk about the birds and the bees with our young! 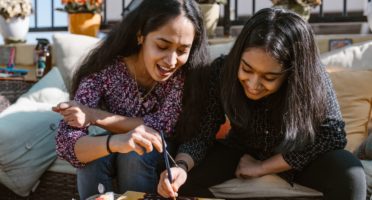 10 Truths About Periods I Want To Tell You, My Daughter 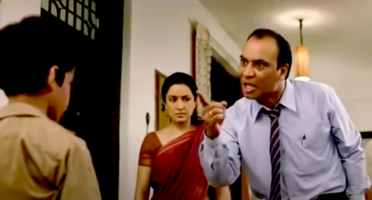 When I Was Asked, "What? You've Never Hit Your Child?!" 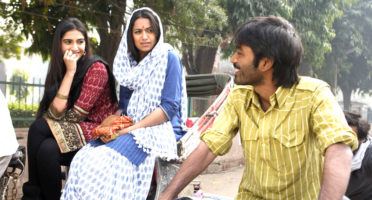 For Every #NotAllMen Story Guys Tell, Women Have A #MeToo Story