The Yellow Wallpaper, The Bell Jar & Other Classics On Depression In Women; Still Relevant Today

How we can see personal narratives of marriage, motherhood, depression in The Yellow Wallpaper, Bell Jar, and other classics depicting women's lives.

How we can see personal narratives of marriage, motherhood, depression in The Yellow Wallpaper, Bell Jar, and other classics depicting women’s lives.

Marriage, motherhood, and mental health are at the forefront of feminist discourse today. Yet, it was talked about in classics a long time ago.

Let’s take a look at the short story The Yellow Wallpaper written by Charlotte Perkins Gilman, from her personal experiences.

Who was Charlotte Perkins Gilman?

Charlotte Perkins Gilman (1860-1935) was an American writer who brought to light the issues afflicting women in the late nineteenth and early twentieth century. She drew heavily from her experiences, and wrote several stories and poems over the years.

She was born in the influential Beecher family in 1860. Her father abandoned her mother with two children in their infancy. Gilman had a troubled childhood spent in poverty. She had formal schooling for a mere four years. Adding to this, her first marriage ended in divorce.

Gilman suffered from postpartum depression after the birth of her daughter, and had to seek medical help. She was advised to ‘rest cure’ which meant confining herself at home doing nothing. She was extremely unhappy with the treatment.

Years later, she became a vocal critic of the treatment, and the doctor who administered this.

The genesis of The Yellow Wallpaper

Her most notable work, The Yellow Wall-Paper (1892), was written as her disagreement with the treatment.

The Yellow Wallpaper is a semi-autobiographical short story where the protagonist-cum-narrator describes her state of mind in a sort of diary or journal. She keeps it hidden from others because she is not supposed to do anything that exhausts her. She suffers from a ‘temporary nervous depression’. She says that “… [I] am absolutely forbidden to ‘work’ until I am well again”

Despite being a physician, her husband does not believe she is sick, and doesn’t take her seriously. He believes there is no reason for her to suffer. She feels that this is partly the reason she doesn’t get better.

The author rakes up the very relevant issue of mental health, where only the patient knows how much she is suffering. You-got-everything-you-can’t-be-depressed argument does not even acknowledge the turmoil rising within.

A WHO study reveals that more than 20% mothers in India suffer from postpartum depression. However, much of this is shrugged off as ‘baby blues’, which is a temporary reaction to the tiredness, worry, and stress of being a new mom, and very different from post partum depression. New mothers have often been overwhelmed after delivery of their child. While Hindi cinema of ‘70s and ‘80s showed motherhood as the highest purpose for a woman, the advertisements for baby products even today show a gleaming mother.

I would like to see a tired new mom for once, someone who herself, and is recuperating after childbirth. That would take some pressure and ensuing guilt off from new moms. Mental health issues carry a lot of stigma which further reduces one’s chances of opening up. One can see the level of trivialisation of the issue in the news media these days.

What is The Yellow Wallpaper about? 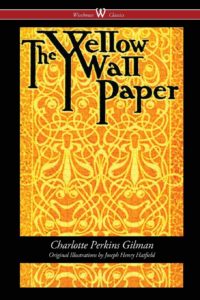 In The Yellow Wallpaper, the narrator gets obsessed with the wallpaper of her room. She finds it ‘horrid’, its patterns ‘committing every artistic sin’, and its color ‘repellent’. She finds the odour in the room as yellow too! The wallpaper overwhelms her. She begins to see a woman in it who crawls inside, and shakes the patterns. She feels that the woman in the wallpaper is stuck behind the bars and wants to come out.

She becomes so captivated by the woman in the wallpaper that her husband finds her creeping around the room. The woman in the wallpaper becomes the narrator’s doppelganger. In the end, the protagonist overcomes her obstruction in her path, as her husband lies unconscious on the floor. His refusal to acknowledge her state of mind, and not letting her make her own decisions increasingly turns her away from him. She even confesses that she is getting a little afraid of him.

The story also brings to light the appalling conditions of women in a marriage where a wife does not mind being ridiculed by her husband because ‘that is expected in a marriage’. The room in which she stays has barred windows as it could have been a nursery earlier. She too, like a child, is not allowed any agency of her own.

Motherhood was central to many of her works…

Charlotte Perkins Gilman relinquished the custody of her daughter to her ex-husband for which she faced public criticism– something that will not go without ridicule even today. Her real life, once again, echoes in the story The Unnatural Mother.

The principal character, Esther Greenwood, despite laying down her life for people, is called an unnatural mother. Such is the case because she chose to warn others instead of saving her child. The child survived but her mother could not evade condemnation as, “No mother that was a mother would desert her own child for anything on earth.”

According to a report titled ‘Progress of The World’s Women 2019–2020’ by UN Women, 84.3% of one-parent households globally comprise mothers. There are close to 13 million single mother households in India which is significantly more than single father headed households. The report states that lone mother households are particularly prone to income poverty, and in some contexts exposed to stigma and discrimination. Mothers are seen as the natural caregivers for children and bear primary responsibility for child-rearing.

… and to many other classics that dealt with depression

For me, Esther, who’s called an ‘unnatural mother’ could well be called an ‘Unmother’. Margaret Atwood has used the terms ‘Unwoman’ and ‘Unbaby’ in the dystopian world of The Handmaid’s Tale (1985) on somewhat similar lines when one is shorn of one’s title if they do not conform to the society’s picture-perfect expectations of them. 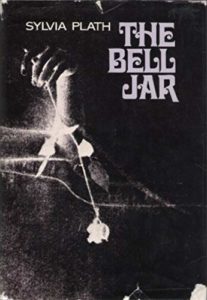 Another interesting fact is that Esther Greenwood is also the name of the protagonist in the famous work The Bell Jar (1963) by Sylvia Plath. It deals with suicide attempts, depression, and the treatments of mental illnesses. This also happens to be a semi-autobiographical work.

Esther was called a ‘queer’ girl because she was tomboyish, and did not behave like the other meek, well-behaved ‘damsels’. The people in the story also discuss how her doctor-father ruined her as he told her how babies are born. Today we increasingly demand sex education for children at appropriate age, but the society at one time really thought that ignorance was bliss. 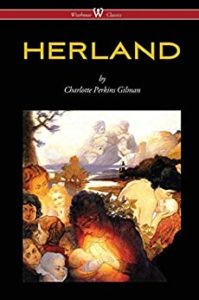 Herland (1915). It speaks of a utopian place where only women have been living for the past 2000 years without any man, and motherhood is the most cherished ideal. The women give birth by parthenogenesis, a form of asexual reproduction. Although motherhood is the most exalted virtue in Herland, and acquires centre stage, the boredom from quotidian chores and losing oneself in being a wife and mother is well documented in the short story Through This.

Phrases like, “I think housework is noble if you do it in a right spirit”, aptly bring to fore the efforts of a housewife who wants to love what she is doing but doesn’t. The deification of motherhood, the monotony of a mundane life, and insignificant existence continue to plague everyday lives of thousands of women. Isn’t it ironic that while we regard nature, rivers, and cows as our mothers, we mistreat them with sheer impunity?

The stories written more than a hundred years ago may not appear to be path breaking today. However, they show us the ground that’s been covered since then. They are pertinent to our understanding of the feminist discourse. We owe it to writers like Charlotte Perkins Gilman who have changed our being by their stories, and more so, by their lives. 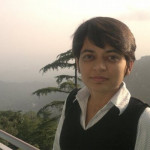 Mehak Nain is a government officer. An avid reader herself, she loves to read storybooks with her son and is a gender studies student. The views expressed above are personal. read more... 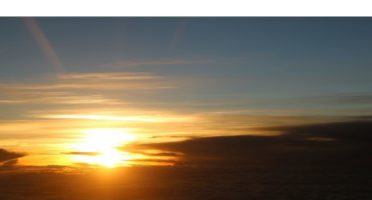 Waiting For Dawn To Fight Her Demons 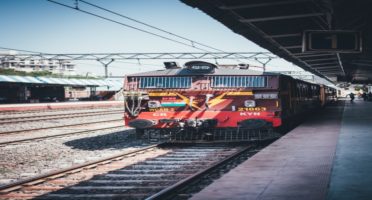 Mesmerised By Everything Around Her, She Is Just A Girl On The Train