There's huge pressure on new mothers to be joyous, but 22% of Indian new moms suffer from PPD, with volatile emotions ranging from euphoria to anxiety, anger and detachment.

There’s huge pressure on new mothers to be joyous, but 22% of Indian new moms suffer from PPD, with volatile emotions ranging from euphoria to anxiety, anger and detachment.

“You guys wouldn’t understand because the Indian society does not fully understand postpartum depression”. Those were the words of 31-year-old Nima Bhakta, who tragically took her own life in July 2020, leaving behind her son Keshav, who was just seven-months-old at the time.

Two months after her death in the United States, the consequences of it continue to reverberate across the South Asian community globally.

With medical journal the Lancet reporting that approximately 10 women kill themselves every hour in India – topping global rankings — it has also shone a spotlight firmly back on the struggles of new mothers and a lack of understanding around it.

Yet according to the World Health Organisation (WHO), 13% of new mothers suffer from depression. Again, that figure is more pronounced in India, where 22% of new mothers are affected. Why?

There is a huge pressure on Indian mothers to look and feel persistently, unwaveringly joyous at the birth of their new child, but as I can attest, raw motherhood is likely to come with a volatile range of emotions, ranging from euphoria to anxiety, anger and detachment and the gamut between.

Most of those do not fulfil the expectations society has of its young mothers, to be perennially gently maternal and from this-point-on self-sacrificing.

Failure to meet these expectations can trigger a vicious spiral. And indeed, some one in five mothers in India suffer from post-partum depression (PPD). Yet because of the stigma attached to mental illness, many mothers go undiagnosed, and in some cases succumb to it by suicide. Most cases go unreported. As practicing psychotherapist, Ektha Aggarwal, from Shakti Therapy & Healing in California tells me: “Within the South Asian communities, especially among women… permission is not provided to be able to express your emotions.” 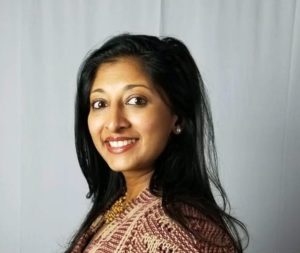 “Because of this there is self-denial of experiencing mental health symptoms… Instead the symptoms and feelings manifest through physical conditions, leading [those affected] to go see a physical health professional and not get the proper care. Most of these women in our community are not even aware about what’s happening with them so they think that they’re fine, and they don’t even know how to communicate when asking for support.”

As her experience with Desi patients in the US attests, stigma around mental health within the South Asian Community aren’t limited to India or its sister countries alone.

“I think there is definitely a stigma in our South Asian Community. I think that the South Asian community is still about appearances. As long as we appear to be doing well, that’s all that matters. I think it is essential to be vocal and depict real motherhood and its struggles so that more woman have an outlet and a safe place to talk about their feelings,” says Farah Natasha, a Bangladeshi-Canandian blogger who uses her instagram handle to talk about mental health. 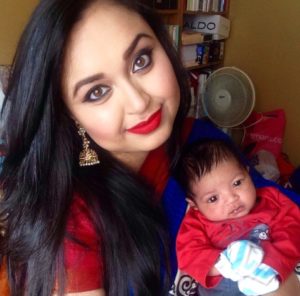 It is to be noted that there is a difference between PPD and what is known as “baby blues”; which last for up to about two weeks after giving birth, where a mother may feel a range of negative feelings; a typically transient, hormonal and emotional rollercoaster that can result in real lows.

It is when these feelings carry on for months that PPD may be diagnosed.

Cultural issues can heighten the problem

In such circumstances the mother may feel severe anxiety, excessive sadness, insomnia or lethargy, may struggle to bond with the child and in some cases lead to self-harm or suicidal thoughts. Needless to say, this is not limited to India or South Asian communities, but a global issue.

There are many cultural challenges around expressing this without being seen as a bad wife/daughter-in-law, and this  can exacerbate things.

Indeed, as many commentators have noted, in India early experiences of domestic violence, bullying, shaming, childhood trauma, discrimination against girl children, lack of support from partner or families, poverty etc. can act as “triggers” for new mothers.

Dr. Sabiha Anjum is a gynaecologist from Hyderabad and in a heartfelt post on Instagram, she confessed how discrimination against a girl child exacerbated her PPD in India: “Brought up in an upper middle class family, I was elder among three girls. There was no void in my upbringing but they always yearned for a boy and that really didn’t go well with me…”

After the birth of her son, she started ‘hating’ her daughter. “I didn’t know why, but my elder daughter repelled me,” she wrote frankly. “Even when she wanted me to console her, I would shout loudly and cry at times, and this in turn would frighten my kids… I always supported feminism [and this] felt like my whole ideals were shattered.” 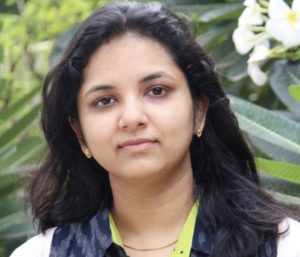 Dr. Sabiha soon realised that the discrimination her mother had faced for bearing only daughters had had a major impact on her.

She recalled that many suitors would reject her hand in marriage, for fear of her bearing girl children only, like her mother. Even during her second pregnancy, she recalled an incident when someone prompted her superstitiously to not show too much affection towards her daughter, as that might somehow impact the sex of the child in her womb.

When Sabiha returned to her parents’ house for some help, her mum dismissed her state of mind and in fact expressed anger and incredulity about her incapability as a mother, labelling her a ‘bad mother’. Sabiha’s father, perhaps surprisingly, was more supportive, and helped look after her children while she sought help, including medical support.

As she adds in her post, “I won’t say I am healed completely. I need more time. But I am sure I am doing a lot better and my kids don’t scare away from looking at me. My daughter keeps giving me random hugs and kisses. When it was this tough, as a doctor for me, [I] wonder how tough it is for fellow moms.”

Dr. Anjum’s story only further validates the need for awareness around mental health.

Social media, for all it is commonly associated with innumerable harms, can also be a great platform for awareness and must be used as a tool to empower mothers.

Farah Natasha adds, “Some accounts do give out an unrealistic image of motherhood. But many social media platforms are now really becoming a safe place. They tell real stories and they teach kindness to ourselves. It never played a negative role in my depression, in fact I used my IG account as a form of therapy. Talking about my issues helped me to realize that I am not alone and that we all need to relate to others to make sense of our lived experiences.”

Ektha Aggarwal adds, “We need to look for the non-obvious signs of mental illness but we also need to just begin to talk it and have conversations so we can spark awareness within each other and our communities.”

Sushmita Chatterjee is a trained journalist and a photographer, who is starting out as a freelance writer after a decade of parenting. She writes about feminism, mental health, sustainability and social justice. Living in the read more...