Society isn't yet ready to accept that even in a 'happy and successful' marriage, there could be a person suffering from mental trauma and domestic abuse.

Society isn’t yet ready to accept that even in a ‘happy and successful’ marriage, there could be a person suffering from mental trauma and domestic abuse.

Abuse can be either physical or mental; can be by parents, elders, spouse, or anyone.

In our society, abuse is taken seriously only when it is physical. The things which they can see. But what about the mental pressure that a person suffers?

Same goes with the concept of marriage.

‘But he doesn’t even raise his voice’

If husband doesn’t utter ‘bad words’, doesn’t hit, doesn’t threaten by increasing his voice, then what else can women expect in a happy marriage, right?!

But what about the fear that is in her heart that if she gets late to reach home from office, she may get punished by her husband through having forced intimate relations? What about fear in her heart that drives her to wake up early in morning no matter what, and many more fears that a society can’t see.

Domestic violence can be in any relationship

Domestic violence refers to violent or abusive acts committed by one family or household member against another, such as child abuse, or spousal abuse.

Domestic violence can refer to physical harm, or behavior that is controlling, coercive, or threatening.

It can occur in any kind of intimate relationship — married or unmarried, straight or gay, living together, or simply dating.

But in a marital relationship, where everything looks so ‘normal and happy’ to the society, they are not even ready to accept that behind that ‘happy and successful’ marriage, there is a person who may be suffering from mental trauma and domestic abuse.

Some abuses don’t leave any scars or marks, but affects the mind of a normal person to such level that the person becomes frustrated in that relation. Such abuses are very common as every second women suffers from it. It may be from husband or may be from in laws.

Such a thing is very well shown in recent series- Criminal Justice – behind closed doors. Women does all the things to keep relation survive, and then also her husband can’t trust on her and keeps eye on everything she does. He keeps on raping her, makes her feel like she is nothing without him, he doesn’t need her but she needs him. 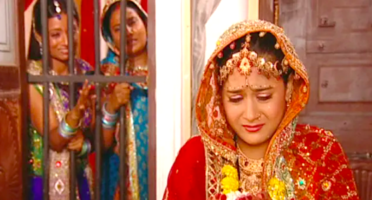