Thousands of years ago, Draupadi was dragged into the court full of elders and kings of the day, Dushassna pulling her by her hair. That’s when she questioned the dharma of the elders sitting there quietly witnessing her humiliation and disrobing. She questions her own husband, King Yudhishtra, who had the audacity to use her as a mere stake in a gamble. Did he own her?

We dare not imagine what she must have felt at that time. The most powerful, the elders, her five husbands – no one stood up for her.

Sadly though, even today, thousands of years later, every woman has asked this question at least once. Ironically enough, there are never any answers to it, only more questions, raised eyebrows and sneers.

Where have we gone wrong?

The incidents of abuse – emotional, physical and sexual against women are the hallmark for a society. With the development and progressive mindset in society, it is expected that women be considered as human beings at least. Instead of being treated as objects of sexual gratification to be used to satisfy the false egos of the men.

When a rape is reported, the sexual and biological violation is only one aspect of it. The emotional trauma and self-doubt and loss of confidence are life long battles for the survivor. It is nothing more than a game for power, to prove the superiority and control over the victim.

Since the abuser has no control over his own animalistic instincts, victim shaming and blaming is the common recourse.

I often wonder, where did we go wrong? Where did we fail as a society to ensure the safety of half of the population? Can we even call ourselves educated and intelligent when men of our own families behave like animals and we turn the face to the other side? What good are education and independence?

Women still have to prove themselves every day

Tolstoy’s famous novella ‘The Kreutzer Sonata,’ is a reflection of the writer’s own relationship with his wife. It describes the events that led to her murder. The husband has humiliating sex with his wife and feels miserable every time he rapes her.

To put an end to his own misery, he kills her. It infuriated me to such an extent that I could not sleep for nights. Instead of facing his own demons, he killed his wife, as if she was the one causing all the furore inside him.

The men today seem to be facing the same problem. They don’t know how to manage their desires, can’t take no for an answer, and can’t accept that they have been rejected. Not being able to address the issues, the blame game starts. Everything is put at stake – the woman’s clothes, her attitude, her behaviour, absolutely everything!

What about the emotional torture that takes place behind the closed doors of the civilised society? In every relationship, you are asked to prove your worth and earn respect, at a cost that one pays with her dignity and self-respect.

We need to teach our sons to respect women

These scars are the worst as no one can see and only you witness that moment but hurt stays for life. Women tend to drown in their own tears at night and get up in the morning to serve tea for everyone for the sake of the family. But why does a woman only have to go through it?

Numerous laws have been enacted and candle-light marches taken out. There is still a long road ahead for everyone to bring about a significant change in society.

We have to teach our boys to respect girls from a young age. This has to be a daily practice and not some once in a blue moon lecture about equality. If men of the house respect their partners for an individual that they are, the children will learn that. It will teach boys how to behave and girls what to expect in life.

We have to teach our daughters to stand up for themselves and not tolerate even a slight hint of disrespect, not even a joke, not even a look. The important point here is not to tolerate it from anyone – friend, brothers, family member- anyone at all.

This will only happen when your daughters see you standing up for yourself every day in your life. However small that change may be, it will give them the confidence that they can make their choices in life- no matter what.

Are we willing to bring about a change?

The change will happen when we start making the change one thing at a time. When we will bring the discussion in our bedrooms, classrooms, playgrounds and anywhere you can think of.

Till the time mindset does not change nothing will change. There will only be more laws and candle-light marches.

Today, I implore you, do you want to bring the change or just sit and talk about it on social media and pretend to be cool? Are you willing to pay the price today to confront and be the torchbearer so that your daughters will have a better tomorrow? And are you ready to tell your own son that he is wrong?

If yes, then maybe, no one will know your name but you would have made a difference in this world to make it a better place. 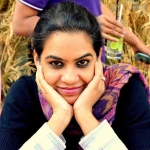 How I Persuaded My Daughter To Marry… But Have I?

Why Is ‘Pleasing Us’ Our Daughters’ Duty?