Victim Blaming By Asking A Woman ‘What Did You Do To Provoke Him?’ Makes You Part Of The Problem

Women have been told since forever, that any violence they face is somehow their fault. Let's trash this belief, trash the victim blaming.

Women have been told since forever, that any violence they face is somehow their fault. Let’s trash this belief, trash the victim blaming.

When a woman suffers at the hands of a man, we immediately start questioning her, saying things like, “what did you do to provoke him?” This normalises the violence he does, and puts the blame on her shoulders.

Taslima Nasrin’s book French Lover is about a 27-year-old girl Bengali girl named Nila, who arrives in Paris to live with her newlywed husband.

Throughout the book, Nila goes through a lot; racial discrimination, sexism, rape, ostracism, and attempted murder. But this book is not just about Nila’s pain and suffering, it is about how she fights against all odds, breaks free, and finds her freedom.

‘It’s your fault’ is victim blaming!

It also covers an issue that is deeply personal not just to me, but to every woman out there, something that almost each one of us has been accused of, “It’s your fault.”

This phrase has a very dangerous subtext. It unfairly blames the victims, and manages to detract attention from the perpetrators, all the while making excuses for their behaviour.

It is precisely because of this, that plenty of girls are forced to suffer silently, and are afraid to speak up.

For example, in the book, Nila is raped by a very close friend, someone who she trusted completely, and no amount of protests managed to stop him from committing this crime. Instead, when it’s over, a very shaken Nila asks him why he did that, to which his nonchalant response is, “I thought you wanted it too.” He then goes on to justify his statement by saying she was asking for it because she read him some poetry.

But the problem is, these things happen in real life too, not just in books!

‘Because you wore a skirt’ is victim blaming

This incident in the book made me think back to my very first experience of facing victim blaming.

I was 19 and out with a group of friends. We were walking on the streets of Connaught Place on a Sunday evening, when one of the girls felt something hitting her on the neck constantly. We all looked back to see a group of boys following us. Scared, we decided to walk a bit faster, only to have them follow us further. Next came the derogatory comments, the whistling, and the singing.

Finally, I could take no more and turned around to confront them and tell them to back off. This only seemed to enrage them. as they felt that I was accusing them of something they didn’t do.

At first, they vehemently denied harassing us, then it was the customary, “don’t go walking so freely wearing those types of clothes if you’ve got such problems,” which very quickly escalated to, “now we will follow you all the way, we won’t stop at all.”

After the whole episode came to an end, with us running towards a bunch of guards holding guns, which seemed to finally scare them away, my friends decided to lash out at the one girl who they felt must take the blame, all because she chose to wear a skirt!

How is a woman responsible for a man’s deviant behaviour?

To the 19-year-old me, the concept that a girl must somehow be held responsible for a guy’s deviant behavior seemed ludicrous. This is what we collectively do wrong as a society, the practice of blaming the victim.

Here’s a question that has always been on my mind; Why is it always our fault? Why must women always have to justify that they did not deserve what happened to them? That the burden of proof should fall on the victim, not the perpetrator?

Perhaps it is the result of centuries-long conditioning which dictates that we live in a man’s world, and if we don’t follow their rules, there are bound to be consequences. So, if culture decrees that women make themselves as scarce as possible, if they do or say anything contrary to that, it’s only fair that they are punished.

Simply put, “you broke the rules, therefore it is your fault.”

In the movie Enough, starring Jennifer Lopez, when her character Slim confronts her husband after she finds him cheating on her, he hits her. Startled, she looks at him in disbelief, and he smugly asks her why she’s so surprised that he hit her. He then goes on to say that since he makes the money, it’s him who sets the rules, since he’s the man. Her job is only to follow.

The underlying message is pretty clear, “since she broke the rules, she dared raise her voice and question him, she deserved to be slapped.”

There’s a lot that’s fundamentally wrong with this school of thought. That somehow because the man is physically stronger than the woman, that gives him the license to dictate, abuse, and dismiss her. This is exactly where the problem lies, accepting and perpetuating the theory that an entire gender is superior to another, thus limiting the autonomy of that suppressed gender, which makes it okay to turn heads away every time a woman is assaulted or treated unjustly.

Is a wife the property of the husband?

It is because of the huge gender imbalances that marital rape is still not a crime in India. Because once a woman is married, she is deemed to have already consented to anything and everything the husband does to her.

What we don’t understand is that when we place the blame on the victim, we somehow make her feel like she was abused because of something she did wrong. That maybe if she behaved differently, she could have easily prevented all of this.

When we normalize this concept, we tell our girls to not step out of the house, not wear western clothes, not be too bold and opinionated because it might anger the guy, we are culpable of making gender imbalances even worse. Because telling girls to restrict themselves, instead of telling men to correct their behavior, we take away a girl’s right to make her own decisions, her right, and her freedom to choose.

This has dire consequences since it leaves them completely defenceless and more susceptible to abuse than ever.

The first step to solving this problem is to begin a discussion with both men and women, to educate men to dispel the belief that they are somehow superior to women, to teach them to respect women, to hold them responsible when they don’t, and most importantly, to tell them that if they mistreat, disrespect, abuse, or malign a woman, “it is not the woman’s fault.”

Image source: a still from Heaven on Earth 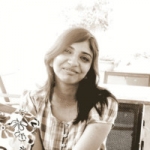 A social worker committed to working for women and children, I have found my calling fighting for the right to education, and abuse against women. I love reading books, the occasional writing, and watching documentaries. read more...