As a millennial gender-fluid artist, I was fascinated by the inclusive imagery of the Dasa Maha Vidya and this is why I chose to showcase it.

As a millennial gender-fluid artist, I was fascinated by the inclusive imagery of the Dasa Mahavidya and this is why I chose to showcase it.

While I am not sure if I turned religious due to it but the imagery was something that attracted me. The front page of the book had a picture of Kali, a nude woman standing over a man. This revelation of the feminine representation was something that created a huge impact of toggling the feminist in me as I developed my art.

The Dasa Mahavidya series brings images of ten different feminine forms, each representing a certain element of womanhood. I see these images as ten stigmas that the society has tagged women with for centuries to ensure that patriarchy is sustained.

Why we need to know about Dasa Mahavidya

The ten images of the Shakti were not of the commonly seen goddesses. In fact, they are a cult and non-domesticated gods who are only used in the tantric tradition. But for me as a millennial gender-fluid artist, these images created a way to bring both the idea of feminity and masculinity into one’s body. That is why I wanted to use my drag to give an update to these imageries of inclusion.

That is why I wanted to see if I can bring in a deep interpretation with using my gender-fluid body and drag myself to represent these imageries. Thus, with two of my friends, I created this photo performance of each Mahavidya associated with a certain stigma.

Kali for the complexion 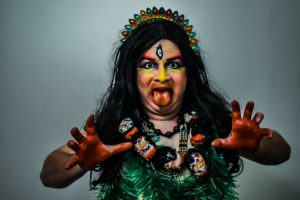 Kali as the name indicates is someone with a darker complexion. In India, women have been judged, shunned and bullied for their dark complexion. Even today, fair skin is considered elegant and since the day the girl child is born, her parents try to tone her colour down.

At the same time, the cosmetic industry is running a huge turnover to upscale the notion that fair skin is ‘ideal.’ Thus, hardly letting anyone embrace their brown skin.

And for this reason, Kali becomes one of the perfect feminine imagery celebrating the idea of darker skin and the dusky complexion.

Tara for the mentality 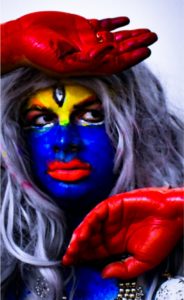 Tara is a goddess of wisdom. However, in India, it is an incorrect belief that men are wiser than women. In corporate board rooms, men are often deliberately given higher positions than women. And people still believe that women are not mentally as strong as men.

That’s where Tara brings the imagery of women who can balance mental awareness and emotions. Thus, presenting a strong viewpoint that women are just as strong as men! 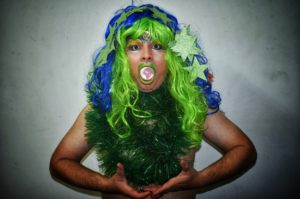 Social media has opened a new frontier for women’s rights and for their expression. For one, it encourages solidarity and emphasises shared experiences. The #MeToo movement would be a great example of this. It revealed a rift in modern-day feminism between an ethos of individualism and self-sufficiency and the collective liberation approach of the movement.

Thus, this imagery of Bhuvaneshwari is to celebrate the feminine energy that is open, visible and out. 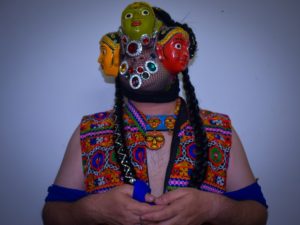 Tripura Sundari is the one who is beautiful across the world. Though with time, the beauty standards kept changing and women were subject to all these, be it long hair, long nails and round faces.

Tripura Sundari, for me, became the perfect image to bring in the aspect of anti-beauty – a deformed image of beauty. It is one that questions the initial idea of the perception of beauty. 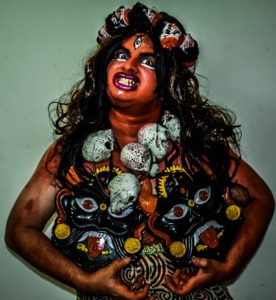 Fat is the one word that women inherently detest. Just a mention of it often freaks them out and there is no bigger insult than being called that. It is a three-letter word that has forced women of all ages to go at war with their bodies. The fear of ever being called that is the root cause of body dysmorphia and eating disorders.

In a society that is obsessed with being thin, being a fat woman is like a failure on every single level. It isn’t just a physical ‘flaw,’ but a moral one too.

However, thanks to Bhairavi which is the imagery of the fat acceptance movement and fat activism, the word fat is losing its negative status. This imagery has a gigantic body and a face with fat which makes it inclusive imagery for this generation. 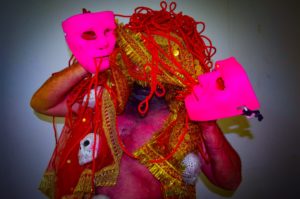 In India, sexual freedom is a taboo and women have never been given the opportunity to choose their sexual freedom. Chinnamasta is the image of a woman drinking blood from a cut body. This showcases her freedom to choose how to harness her sexual energies.

That is why Chinnamasta is an image which needed to be represented as a feminine figure symbolising sexual freedom. 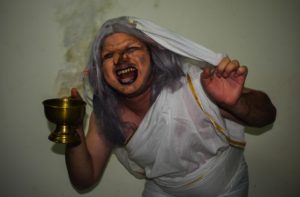 Women in Indian society who are either divorced or widowed are considered inauspicious. They are often subjected to discrimination for their status of a widow and this been happening for a very long time now. Though things are slowly changing, widows are still considered inauspicious in several communities across the country.

Dhumavati celebrates the idea of being a widow. She is the only God in the entirety of Hinduism who is a widow being prayed to. This imagery represents the idea of the inclusion of single mothers and women. 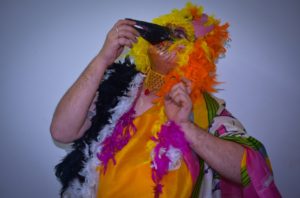 Our society and patriarchy have always suppressed the voices of women. However, Valagamukhi celebrates the idea of women who raise their voices and target the changer-makers as a crane catching its prey. Vagalmukhi honours the idea of freedom of expression by strong women. 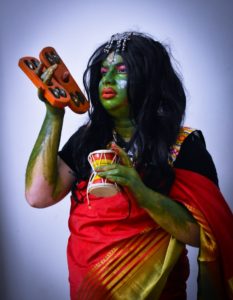 Women around the world may still be fighting for the right to education, however, Matangi portrays the idea of balancing the thought of being equally educated and skilled as men. Matangi questions the idea of the status quo of women in education by stealing the dahamarukam from Shiva and playing it herself. 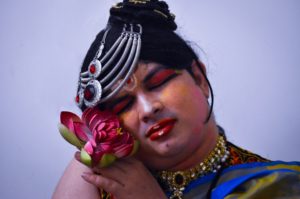 Moral policing women is a common thing even today, especially in a society where they are seen as the Lakshmi of the house. What they can wear is often still decided by the patriarchs of the family. However, Kamala, the tantric Lakshmi celebrates her freedom to choose what she can see and wear irrespective of the social context. She questions the idea of what is sacred and what isn’t and demystifies the stigma associated with the size of clothes women are asked to wear in society. 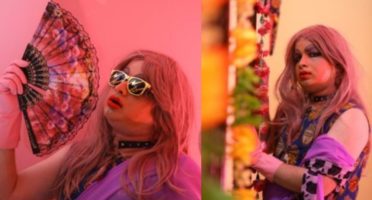 From Ashtanayika To AsthaNowYika: How We Revisited The Traditional Heroine Through Art 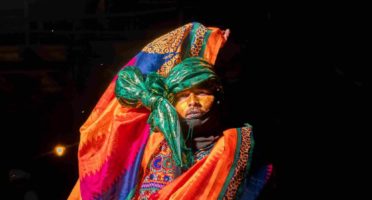 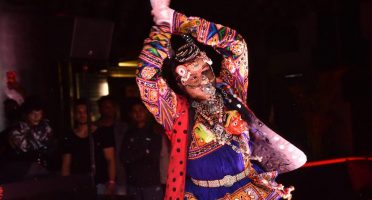