Why are his sexual fantasies justified? I am a woman and the only hold I have over my body is to keep myself safe and untouched.

Why are his sexual fantasies justified? I am a woman and the only hold I have over my body is to keep myself safe and untouched.

Once again, Maya heard those footsteps near the bathroom window while she was under the shower. Hastily, she finished her bath, wore her bathing robe and breezed into the bedroom. The door creaked open.

In the mirror, she saw the reflection of her brother in law, Atul, standing outside her room again. He looked at her damp body sheepishly, jerking off and pleasing himself.

She remained silent each day, and each day he did this.

She realised she was paying the price of staying silent

Just then, she saw her mom-in-law calling out to her and walking towards her room. “Thank God!” she whispered feeling relieved. Her MIL saw Atul stroking himself in ecstasy, was shocked, said nothing and went back to the kitchen. Once he was done, he went to the dining room and waited for breakfast as if nothing had happened.

Maya got ready and joined her MIL in the kitchen. Both women were silent. Maya waited for her MIL to talk about what she had seen. After a few minutes, Maya said, “Mummy ji, Atul… ”

“Stop it. Just forget what you saw. Men have sexual fantasies. That’s the way they are. Don’t behave as if he touched you,” retorted Mummy ji.

Maya took hot parathas and served Atul who sat across her husband, Rishav. Maya was red with anger, more with herself. She was paying the price of being silent.

She was excited to show them her new ‘toy’

The next day, after her bath, the same thing happened. It was now a routine. Maya called out, “Mummy ji… ”

Atul ran into his room. Mummy ji did not respond either. She knew what was cooking.

The door-bell chimed. A package was delivered.

Rishav, Maya’s husband, called out to Maya. “Hey what have you ordered?”

All of them came to see what’s in it. She unboxed her toy. All three stood shocked.

Rishav: “Have you gone mad?”

Mummyji: “What a curse for a daughter-in-law do I have.”

Atul: “Don’t you have any self-respect left?”

When he does it, it’s okay but you object to my doing the same?

Mummy ji, “Will you shut up and stop this. Shameless!”

Maya, sarcastically, “Why Mummy ji. Why didn’t you tell Atul when he pleases himself sexually every day watching me after a bath! His sexual fantasies are justified? I am a woman and the only hold I have over my body is to keep myself safe and untouched. Now that I have bought this sex toy for myself, when nobody but I will touch myself, you object to the self-love?”

Rishav grew furious. “This is what is happening in the house under my nose. Atul, how dare you do this? And Maya…”

As the family drama continued as to who was to blame, Maya’s mind echoed, “I ordered the sex toy to give them the taste of their own medicine. After all, don’t I know how threatening it is for people around to watch a sexually liberated woman!” 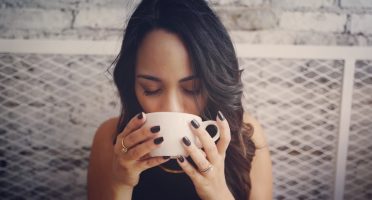