I have been shamed for being too thin growing up, told that I was not beautiful, and hated my body. But I learnt body positivity, and am today comfortable in my skin.

I have been shamed for being too thin growing up, told that I was not beautiful, and hated my body. But I learnt body positivity, and am today comfortable in my skin.

I stood in front of the mirror, looking spitefully at my thin frame, an aspect of my body that was being joked about and even been called “sick” by many.

I was only a 13 year-old when I was first made aware of the fact that my thin body was ugly. I didn’t have any curves, and somehow this meant that I wasn’t a girl enough. Comments like “oh do you not eat food?”, “are you starving yourself?”, “you need to gain some weight and then you’ll be beautiful”, became common greetings when I attended family functions or met friends after a long time.

It was surprising how even strangers felt that they had a right to call me out on my bony structure.

Without even realising it, the fact that I was thin became a big matter of insecurity in my life.

Shopping, an activity that girls around me thoroughly enjoyed, became the worst kind of torture for me. I would rummage through shelves at stores to look for an XS, but alas! It turned out that the fashion industry catered only to “ideal” sizes. This left me with a limited wardrobe and a self-confidence that would sink lower every passing day.

And so, growing up in a patriarchal society, hating myself was something that I inherited quite early on in life. Be it people’s comments, advertisements on televisions that convince women that they aren’t beautiful just as they are or magazine covers where “real” bodies of women are airbrushed or photoshopped, it has been very easy to live in the harrowing bubble of insecurities.

Fast-forward to ten years later, I’m still an XS, but today, I’m extremely comfortable in my body. It doesn’t matter if my wrists are thin, or if I don’t have a voluptuous body, and the only thing that changed this has been the increasing conversation around body-positivity.

When I see conversations about this topic, it makes me realise that every kind of woman —thin, plus-sized, plump, dark, fair, short or tall has been pushed to feel incompetent based on their respective physical features. I realised, it wasn’t just I who suffered at the hands of society; I realised that it was literally every woman I’ve come across in my life. So who’s to blame? Us girls and women who do not fit the conventional standards of beauty? Or the society that has reduced our identity to our bodies? The answer is obviously the latter. However, the sad truth is that due to these unrealistic expectations of looking a certain way, almost every girl has spent years hating herself, spending enormous amount of money to correct her “faults”and crying to herself every time she looked at herself in the mirror.

So if you’re reading this and can’t stop thinking about the physical features that come in the way of loving yourself, this is for you —You’re beautiful, just as you are. You don’t have to hate yourself, you don’t have to change yourself just because the society wants you to.

Surround yourself with people who love you and believe in you, block every toxic person that makes you feel like you aren’t good enough. You’re so much more than these “flaws”! Focus on all that makes you happy, put all your energy into becoming a kinder person and always, always lift up the women around you.

It’s time we work towards loving ourselves, something that we should have been doing right from the beginning. 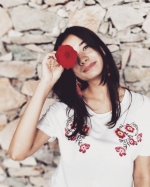 A graduate in English Honours from Lady Shri Ram College for Women, Saumia is a freelance content writer who enjoys writing about the world from the lens of a woman as she travels around the read more... 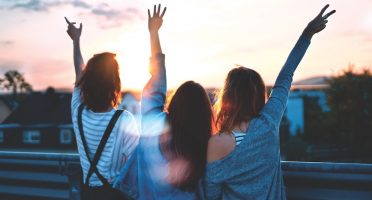 Breaking Stereotypes: All-Women Spaces Are Not Full Of 'Feminazis'