We Say ‘Goddess Lakshmi Has Come’ But When Will We Let Our Women Live Their Lives?

27th September 2020 was Daughter’s Day in India. All our social media portals were flooded with images and messages of people sharing their bond and happiness of having daughters. Reason? Well, to create awareness about how much of a blessing daughters are.

From a bird’s eye view, the day brings to the fore the delicate bond that parents share with their daughters. A daughter is her father’s pride and a piece of her mother’s heart. Oh, how lovely!

Less than a week after this day in 2020, India was shaken to its core, yet again, by the horrifying Hathras rape, and instantly came a flashback of the Nirbhaya rape case that shook Delhi and India way back in 2012.

With people coming in support of the victim and her family, to politicians playing the blame game and the same old nonsense, there are more pressing issues that probably we need to think about– Why is our mentality so? What makes rapists think they can rip open a woman’s heart and modesty without her consent?

A large majority of people today believe rape cases occur either due to ‘modernized women’, or ‘women wearing revealing clothes’ and mostly in economically backward sections of the society or in the lower-middle-class families where the rapists are uneducated and ‘cannot control their emotions’. Why? Well, apparently because ‘that’s how men are’.

The problem with daughters being ‘paraya dhan’ is something we are all acquainted with. No matter how literate a family is, there are some members who still believe that parents “need not waste so much money on their education as eventually, they will need to take care of their homes”. Having an unmarried daughter at home is often looked down upon. A very common dialogue you hear from a quintessential orthodox uncle or aunt in your relations, isn’t it? I’m sure most women reading this have silently nodded their heads; I can say this with conviction as I have experienced this first hand.

A daughter who aims to stand up on her own two feet, support her parents, and stay with them even though her so-called ‘prime years are slipping out of hand’ is looked down upon. Constant nagging from her relatives begin about how her parents should focus on finding her a suitable boy rather than encourage her to continue her job.

What about the daughter’s rights?

Doesn’t the daughter have a right to live with her parents or stand with them just because she is ‘presumed’ to be the weaker gender? How often do we hear the same about a boy? Why is that a family discriminates between their sons and daughters on basis of gender and talks about their sons’ career achievements but restricts their praise for their daughter to “She is very sanskari”? That’s all you’ve got?!

Well, this mentality is very much here in the society we live in today,  even in educated and elite communities. There are highly educated daughters who are constantly reminded, day in and day out, that “they are lucky their parents allowed them to study” or that “their parents gave them enough freedom till now” but they shouldn’t abuse their independence further, get married and have kids.

Are these the same families, relatives and society who hail the lord when a daughter is born to say “Goddess Lakshmi has arrived in our house?” or a family that celebrates with the entire town when their son gets married and brings home a wife? Why then, are women told to give their families a ‘vansh’ to take their name forward? Why is it that a married woman is given a second look or asked to fetch a marriage certificate to prove her marriage just because she decided not to take her husband’s name?

It is very common for us to hear parents say “We never let our daughter roam the streets at night. She is very cultured” or “Girls in our houses don’t step out so late”, while the same set of parents allow their son to spend an entire night out on the streets with his friends just because he is a boy and “It is okay!”?

Have we not seen raised eyebrows when a girl expresses her wish to stay with her parents after her marriage but the same is okay when the girl moves in with her in-laws? Is it fair when people say “This is how our culture is. The girl moves to her in-laws post-marriage” when daughters are asked to forgo their parents’ home just because she is married but absolutely okay when a son does the same? Is it not uncommon to see daughters being blamed when a couple decides to live separately, and she suddenly becomes a vamp of the family?

We have Devis and Matas, but no regard for the living women

It is shocking that a country that is steeped in culture and one that prays to so many female deities – the many Devis and Maatas, does not welcome a daughter home.

Being a woman in this country for a few decades and after having played different roles – a daughter, a sister, granddaughter, niece, wife, and daughter-in-law of a normal middle-class family, there have been instances where I have either observed, witnessed, and sometimes even experienced a clear bias in the way even the most educated families think when bringing up daughters and sons.

Ask yourself these questions

This brings me to wonder – no matter how forward-thinking, open-minded or ‘cool’ we think we may be, is our society with its so-called culture that we like to show-off to the world, designed in a way that we refuse to accept our sons and daughters at par with each other?

Do you appreciate your mother only as long as she feeds you and takes care of you when you are younger? Should your love for your wife end the moment she bears you your children? Should your love for your daughter-in-law stop the moment she has given you your grandchild? Would you care to love your daughter for the basic fact that she is a part of your heart, beating outside your body, just like a son?

If everyone today looked at their sons as equals to their daughters, it will be a radical change in the way we think as a society. But, maybe it is time! 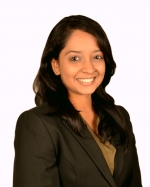 I am a dentist by profession and have pursued my degree in healthcare management from IIM Bangalore. After having worked in a few start-ups, I switched to content writing and marketing. Today, I work read more...