18 Indian Films Centred Around Fierce Girls To Watch This International Day Of The Girl Child!

Why not spend this International Day Of The Girl Child by watching 18 Indian movies with spectacular roles played by girl artistes?

Every year, October 10 is celebrated as International Day Of The Girl Child across the globe. This day is observed to spread awareness regarding girls’ education, sanitation and also to recognise girls’ rights in the family and society.
Cinema is one of the most impactful forms of entertainment and art. It is widely reachable to a common audience and effectively communicates the story and the moral.

Since its inception cinema, child artists have portrayed powerful roles on screen, leaving the audience in awe. This International Day Of The Girl Child, we bring you a list of 18 brilliant films with remarkable roles played by girl child artists.

Pari’s brother Chotu is visually impaired. When she sees a poster of Shah Rukh Khan encouraging eye donation, she is determined to seek help. She takes her brother to the actor’s shooting venue in Rajasthan with the hope of treatment.

Biniya is on cloud nine when some Japanese tourists gift her a blue umbrella. But due to her increasing popularity, people are envious of her. What happens when Nandkishore, the only shopkeeper in the village, tries to get his hands on Biniya’s umbrella? Watch this heartwarming film based on ruskin Bond’s book of the same name to know.

Chunni’s little sister falls into the grasp of an evil witch Makdee. To save her beloved sister, Chunni makes a deal with the witch. The movie stars Shabana Azmi, Shweta Basu Prasad in a double role and is directed by Vishal Bharadwaj.

Sasha loses her puppy in the bustling streets of Mumbai. But she doesn’t wail and cry. Watch Sasha as she decides to find her best friend, her puppy, at any cost.

One of the popular movies of recent times, Dangal is the story of Geeta and Babita Phogat who fulfil their father’s dreams and enter the world of wrestling. The girls do something the world didn’t expect them to, making it a heart-warming movie.

Iqbal dreams of playing for the Indian cricket team but is hard of hearing and without speech. When his disabilities pose problems for his selection, he asks his retired coach to train him. His sister and his coach play a huge role in his journey.

Apeksha hates studying saying that it’s of no use because of her financial status. To motivate her daughter, her mother Chanda enrols herself in the same school to lead her daughter by example. The film stars Swara Bhaskar, Pankaj Tripathi, Ratna Pathak.

Insia, a talented young girl, dreams of becoming a singer but her father doesn’t allow her. So she decides to sing anonymously by posting videos on the internet. Does she become the famous singer she so desires? Watch the movie to find out!

Gippi is the story of an overweight teenager who tries to manage the social and physical challenges of her age. Soon, she learns to let go of her insecurities, develops self-acceptance and loves herself for who she is.

The Sky Is Pink (Hindi)

The Sky Is Pink is the story of Aisha Chaudhary and her parents, spanning their lives even after she’s passed. Aisha was a motivational speaker who passed away at the age of 18 due to a genetic disorder. And the movie focuses on the lives of Aisha, her parents and her brother. A movie filled with love, laughter and tears, have a tissue box handy while watching this one!

Krishna is a man with intellectual disability but wants to have custody of his daughter. He convinces his lawyer Anuradha to fight the case on his behalf when his father-in-law takes his daughter away from him.

To please the gods and end their hardships, Kathiresan decides to sacrifice a rooster. But what happens when Thamizhselvi hides the rooster she loves too much and her entire family goes into a frenzy finding it?

When Chitra learns that her daughter, who was believed to be dead, is alive and suffering from a mental illness, she decides to bring her back. But when she’s home, the family struggles with a number of challenges while bringing her up. A heart-warming film, Anjali is sure to leave you with tears in your eyes.

Pengalila is the story of an emotional bond that eight-year-old Radha shares with Azhagan, a 65-year-old daily wage worker who cleans her backyard. Anything more than this would just be a spoiler! Why not watch the movie, instead?

Set in the 19th century India, Anandi Gopal is the story of India’s first female physician Anandibai Joshi. Anandi goes through several hardships to achieve her dream with the help of her husband Gopalrao Joshi

The sweet teenage love – Shala is the story of fourteen-year-old Joshi who falls in love with his classmate Shirodkar. When he tells his friends of his affection, they express the same feelings. What happens now is all what Shala is about!

Ram is about to lose everything he has to a moneylender when his daughter’s teacher decides to help him. The teacher only has an absurd demand – to adopt Ram’s daughter whom he loves like his own child. A heart-wrenching story, Vegali Vaat is sure to leave you misty-eyed oh-so-often!

Hats off to all these wonderful roles played by talented girl artists. This International Day Of The Girl Child, let us acknowledge these fierce and talented girls!

Picture credits: Stills from some of the movies mentioned. 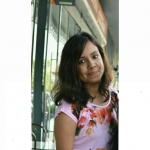