Here's why we need to know about Dr Rajkumari Bansal who stood by the Hathras victim's family during the ordeal and was trolled for the same.

Here’s why we need to know about Dr Rajkumari Bansal who stood by the Hathras victim’s family during the ordeal and was trolled for the same.

The Hathras gang rape and murder case has shaken us all down to our bones. It has once again, made everyone question if women are safe in the country. The politicisation of the facts in favour of the ‘powerful’ proved once again how skewed the narrative of justice is in our country.

Despite all these misinterpretations, conspiracies and distortion of facts, several people stood by the victim’s family during the ordeal. Among these was Dr Rajkumari Bansal – a resident of Jabalpur.

According to a report in The Wire, Dr Bansal was at Hathras as a ‘common citizen’ who wanted to visit the family. Once she reached there, she spoke to the family’s advocate and wanted to check the forensic results, being an expert herself. However, she was unable to get the reports.

Who is Dr Rajkumari Bansal?

Dr Rajkumari Bansal is a lecturer at the Netaji Subhash Chandra Bose Medica College’s pharmacology department, according to a report in The Wire. She has also stated that she has no political affiliations and only expects justice for the family.

Two videos were allegedly circulated where Dr Rajkumari Bansal was seen speaking to the CPI-CPI(M) delegation members. Netizens accused her of staying with the victim’s family to ‘try to control the narrative’ and that she was connected the Naxalites. Several social media users also claimed she said she was the victim’s bhabhi and sister.

Dr Bansal told the Times of India that she went to Hathras on 4th of October and was back on October 6. She added that while she had planned to return the next day, the family had asked her to stay.

In a video, Dr Bansal can be seen saying that “I’ve come here because of humanity… I’m not related to the family… I want to fight for them.” A lot of the facts have allegedly been distorted, claiming Dr Bansal stayed with the family for six days In September. However, she clarified to the Times of India that she had been with the family for only three days in the month of October.

In support of Dr. Rajkumari Bansal

Earlier this month, a statement condemning the allegations and accusations against Dr Bansal was circulated. Over 700 individuals and organisations acted in favour of the statement. Dr Bansal has now decided to take legal action against those who have tried to defame her. 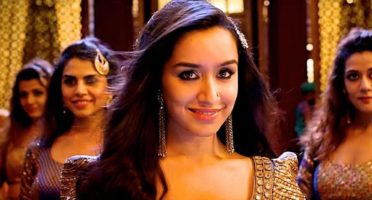