Shraddha Kapoor plays the role of a Naagin in her upcoming film. But do you wonder how one becomes a Naagin? Well, here are the answers!

Shraddha Kapoor will be playing the lead role in the Naagin trilogy. The Naagin trilogy sounds familiar, doesn’t it? A bit of fantasy mixed suspense and of course, a tale of revenge! What else do we need to woo the audience!

An icchadhari naagin is one of Bollywood and Indian TV’s favourite concepts. From Mouni Roy’s Naagin to Sridevi’s Nagina, these powerful shapeshifting snakes have amused our audiences for years!

But have you ever wondered what it takes to be a Naagin? From what we have seen until now, there are certain ‘essentials’ you need to become the all powerful and appalling Naagin! Here are some of them:

Yes! A tantrik can help you become a Naagin. In the movie Vishkanya Nisha’s uncle helps her become a vishkanya (poison girl) to avenge her parents’ who were killed by snake skin smugglers. Hence, a poison pill and a tantrik are important.

A pledge to free your partner or revenge for his death

Yes, more revenge! What happens when you accidentally or purposefully kill a Naag? Well, you’re in deep trouble because the Naagin will come after you! 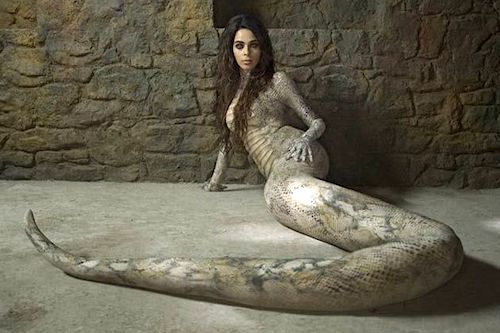 Both Mallika Sherawat’s Hisss or Aamir Khan’s Tum Mere Ho, are proof that your life will be horrible if you kill or capture the Naag. Forget the mani, your life is not going to be the same now!

Befriend or make a tantrik your worst enemy!

Tantriks clearly have a strong hold over Naagins. I mean, can anyone even be a Naagin without a tantrik! From those who transform you into a Naagin to those who want to snatch the Naagmai away, tantriks and Naagins go hand in hand. (At least as far as we have seen!)

But what makes a good Naagin story is a mix of all these – shapeshifting, revenge, avenging deaths, greed and romance! And all of these are obvious essentials to making a woman a Naagin. 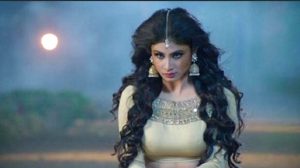 Film and media’s obsession with beautiful women who shape-shift to woo or destroy men and their enemies has been running for a long time! And it probably will go on for longer. Let’s see if Shraddha Kapoor’s version of Naagin brings us any other essentials!

Wedding Day Badassery Goals These 11 Brides Give Us!

Nepotism In Films Can Be Tackled In Constructive Ways, Say 4 People Who’ve Struggled To Make A Name

When Did We Lose The Connect In Our Marriage?