It's not unknown that most systems were built for men, and that the first women to break the glass ceiling there have faced more than just inconveniences. Why the debate, then?

It’s not unknown that most systems were built for men, and that the first women to break the glass ceiling there have faced more than just inconveniences. Why the debate, then?

This one line summarises everything the movie aims to portray. It is not about patriotism, not about ‘dushman-desh’ or not even about the IAF. It is just about an innocent girl aiming to soar high but put down by a society that leaves no stone unturned to say that she is not worth her dreams. But, who are they to say this? The Kargil girl disproves them in style.

It is the story of every woman. Misogyny spares no woman. We all sail through it on a daily basis. It may be adrenaline charging to see women giving savage comebacks and dismantling patriarchy through powerful monologues on screen.

But, honestly, we never do that on a regular basis. Sometimes yes. But, definitely not always. Most of the time we suck up and carry on with our work, believing our actions would speak up for themselves. Gunjan Saxena is that kind of woman, but that doesn’t make her any less badass.

A woman focused on her dreams

Gunjan is completely focussed on her goals. She is unapologetic about saying that she had put flying before her country. She does not want to prove anything to anyone.

She wants to fly. As simple as that. But, why is society reluctant to understand such a simple thing? She was ready to take heads-on any challenge coming her way, but, that doesn’t mean she would entertain being disrespected. Arm-wrestling her to prove that she was weak was totally uncalled for. That is the only time she loses her cool and confronts a bunch of ‘strong’ men that she was there to fly the plane, not lift it.

Like every other woman, mending their own ways to fit into a system that was exclusively built for men, she customises it to fit in. She makes her own dressing room in the common area, leaving the men agape at her intelligence. The child-like happiness she displays at every single step of her success makes us do a little happy dance ourselves.

We see film-makers claiming that their movies are about the journey of a boy to man. But, how many have attempted to show the journey of a girl to a woman? Even if they do so, the womanhood they aim for is always motherhood. Gunjan Saxena challenges the very notion that ‘settling’ means marrying. Her resentment makes her succumb to patriarchal thoughts, but nevertheless, she gets back more determined than before.

A story that resonates

The movie also rekindled memories of my brief stint at the SSB preliminary selections.

Final year students from various colleges were asked to report in specific colleges as a part of selections. I had no idea about it and just went as a part of my final year routine of attending as many campus interviews as possible. Interestingly I was the only girl on that campus interview, while all my other friends were allotted different dates and campuses. If I remember correctly, there was only a group discussion round to filter the candidates. I felt pretty good about myself for having given a shot at what seemed like an ocean of male students.

A few weeks later I received a message that I’d cleared the first round and to attend the next round in Bangalore. Having no idea about SSB, it was easy for me to ignore and concentrate on the other interviews. Had this movie been made during those times, I would have at least tried the next round.

Feeling pretty bummed right now for how uninformed I had been at the most crucial times of my life. At least I am convinced that girls who watch Gunjan Saxena would make an informed choice unlike me.

A well made movie

Jhanvi was a good choice as she resembled the real-life Saxena reasonably. Her subtle performance was convincing as a coming of age woman silently battling a system that is so doubtful of her. Though a little improvement in her expressions would have yielded better results in the parts where she played a teen. The music supplements the movie’s josh – the tale of a girl dreaming high. 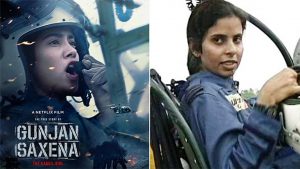 The movie arguably had a few contentious parts like ignoring the other female pilot in IAF at Gunjan’s time and having only male allies for her. But, at end of the day, the movie stays close to the heart of women for being so damn relatable to their own encounters with patriarchy. In the pop-culture where women-centric movies are mostly reduced to sexual crimes, Gunjan Saxena is as liberating as it is refreshing.

When I go through workplace inconveniences due to my gender, I often think how hard it must have been for women who were the first to deal with that. Gunjan Saxena answers it. It is because of women like her who braved the system, that the rest of us have it million times easy. Let us not forget to make it easier for the next batch. 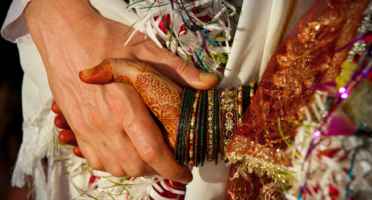 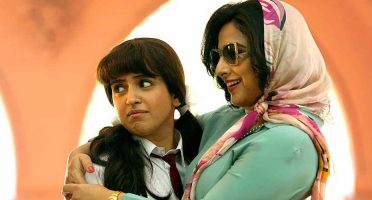 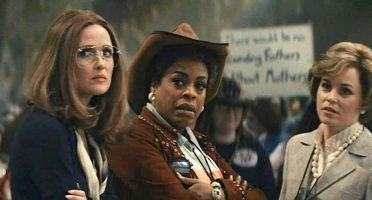 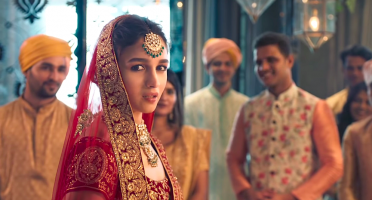