Don’t Look For Educated And Independent Brides If You’re Only Going To Kill All Her Dreams!

It is confusing and insulting that families want brides with degrees and well-paid jobs since women are made to leave their job or studies post-marriage.

It is confusing and insulting that families want brides with degrees and well-paid jobs since women are made to leave their job or studies post-marriage.

It’s been over ten months since Seema dropped out of her university course. This is the second time she had to do it.

The first time, she dropped out after she became pregnant with her son, Arav. Her in-laws did not want any risk with this pregnancy since she had miscarried her first pregnancy.

Seema did resume her studies once Arav was born. But soon after that, other issues cropped up. Nobody had told Seema that newborn babies didn’t sleep throughout the night. They wake up every few hours, need a diaper change or must be fed. Seema was an only child so this was new for her. It took her plenty of time to get the hang of it.

She wondered why her MIL had said what she did

She would hold baby Arav in her arms through the night, barely getting any sleep and continuing to carry out the household chores the next day. Her husband Varun tried to help when he could. But he was the sole earner of the household so Seema could not afford to disturb his sleep every night.

If she complained about staying awake the entire night, her mother-in-law would say, “Itna bhi nahi kar sakti kya tum apni bete ki liye?” (Can’t you even do so much for your own son?)

Seema wondered if her mother-in-law was the same woman who said, “It would be an honour to have Seema in our family. I will do everything I can to help her complete the Masters.” These were the words her mother-in-law had uttered when the family had visited Seema’s parental home to see her as a prospective bride.

It is truly confusing and insulting that families want brides with degrees and well-paid jobs since women mostly leave their job or work post-marriage. This is often done due to the family responsibilities that come in after tying the knot.

‘Who would cook and clean the house if the woman works!’

Some times, they are forced to leave the job or education since they have no other alternative. Who would cook and clean the house and look after the baby? Surely, you don’t expect the husband to leave his job to do all that!

The kindness and generosity that families display before the wedding rapidly disappears the moment the girl steps into her marital home. Snarky comments like ‘what would you do studying now? Have a baby as soon as possible or you will also struggle later like aunty’s daughter next door! Haven’t you studied enough already? Stop being selfish! Think about the happiness of your husband and your mother-in-law,‘ constantly follow her.

However it is different in case of the unfortunate daughter-in-law. If she manages to make her husband and MIL happy and gets pregnant, will she have the support and help from their family? Will she have their support if she chooses to go back to studying or working?

We all know the answer to that, it’s a big ‘no!‘ At this point in her life, after marriage and having children, all her dreams and desires and happiness have no importance at all. Now her life must revolve around the happiness of her children, husband and in-laws.

Typically the woman is expected to make every decision in life while keeping her husband, in-laws and children first. She wants to go back to studying? Great. But she must first cook for the entire house, bathe and feed and put the baby to sleep. She must also cater to every need of her family members before she is allowed to step out and do anything in her ‘insignificant’ life.

Have you ever heard of a man leaving his job because he became a father? I definitely haven’t, especially in any South Asian country. But a man also becomes a parent, doesn’t her? So why does a man still manage to go on business trips and carry on with his education or get to prioritise his job?

The wife isn’t entitled to happiness, is she?

I believe this happens, because behind every successful man is an unsung hero, called ‘the wife.’ The wife is expected to be some Disney character with a lot of enthusiasm for her husband’s career and life. She cannot complain about not getting enough sleep while taking care of her kids. The wife must worship her husband’s career since she has learnt to adjust and prioritise him and his family. That is what is expected of her. She must think about everyone else before she thinks of herself and her husband’s happiness is meant to be her happiness.

The wife barely knows what self-care is. She cannot fathom putting her own interests before those of others. The wife has seen her own mother eat dinner only after her father returned from work. She has seen her mother forget and shelve her own education and aspirations.

So, the wife continues to follow what she has seen, learnt and been brainwashed to do. Her search for happiness continues as she tries to discover the happiness in others’ success. 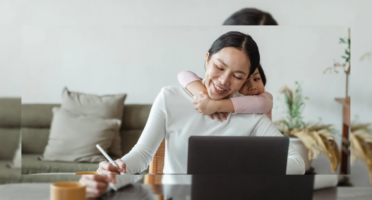 5 Tips For Mums Who Are Balancing Education And Family 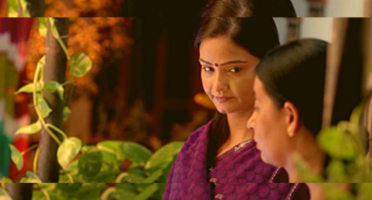 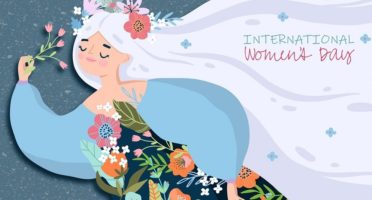 Women's Day Is Gone, But Let Us Vow To Celebrate Each Other Always 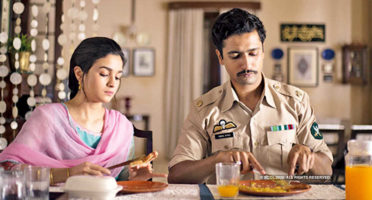 Starving Yourself Till Your Husband Gets Home Is No Way To Prove Your Love For Him! Uterine Fibroids, A Common Problem Shushed By The Taboo Around Periods