Woman as a mother is a very powerful image in Indian culture, and whether you’re the prospective mother in law or the bride decides how you’re treated.

“Arranged marriage is a manual Tinder or Tinder premium with families involved where families also have to swipe right.” – Indian Matchmaking, Netflix

On 16th July 2020, a show called Indian Matchmaking dropped on our Netflix windows. Soon the show was on the no.1 charts across the globe. Presenting a convoluted idea of modernity and tradition, I don’t know at this point what is more unnerving: the show itself or its popularity among the Indian youth. What is more disconcerting is when people are resonating with it on a wide-ranging level!

India has had a long history of arranged marriages where families play a predominant role especially the mother. The role of a matchmaker (or a panditji – priest – in some cases) who is often the mediator in Indian tradition comes from the notion that a marriage is not between two people but between two families.

An Indian wedding is a colossal celebration where the bride (paraya-dhan) is given away (kanya-daan) to the groom and his family. These marriages are embedded in the socio-economic praxis of the Indian culture, upholding it from within.

Emphasized again and again in the show is how the role of mothers is crucial for making this choice for their children. Be it Nadia’s mother, Aparna’s Ankita’s or Akshay’s.

The discussion around motherhood at this juncture assumes importance.

Historically, feminism denoted ideologies of motherhood that firmly tethered women to their homes, upholding privacy and imposing gendered division of labour. This description falls right in place for Akshay’s mother who wants a submissive, docile and naïve daughter-in-law. In short, she has to be sanskaari or cultured. Sima, the matchmaker extraordinaire, notes everything scrupulously to find the ‘exact match’ for Akshay.

Meanwhile, when asked about Akshay’s choice, his reply was he wants someone exactly like his mother! This very eerily reminds me of the domestic subversion Norman Bates suffered in Bates Motel due to his overly protective mother Norma Bates. This point of view further gets entrenched when his mother says, “Ladke unki biwi mein thoda maa dekhte hai” i.e. men see the reflection of their mothers in their wives, further convoluting the idea of motherhood.

Equating choosing a partner to picking a food order!

However Akshay’s case is slightly different, his choices are at an intersection of obedience to his mother and imposition by her at the same time. Akshay was reticent in his choice or even the willingness in getting married; all we could see is the fervent willingness of his motherthat often caused her anxiety, high blood pressure and panic attacks.

In one scene, Akshay wants to order food from outside because he has caused his mother a great deal of anxiety by rejecting more that 70-80 prospective brides!

Akshay’s mother replies, “Order karneka but apneko shaadi nahi karneka, tumhara khyaal rakhne ko kisi ko lau, jo tumhare lie khana banaegi”, that literally translates to, “you can order food from outside but you cannot marry, please bring someone to take care of you, prepare food for you”.

As if choosing a life partner was just like ordering food, Indian Matchmaking on the contrary propounds this concept. Here, you give out a personalized list of choices and ingredients to the chef (in this case the match-maker- Sima Aunty from Mumbai) and she would meticulously prepare the dishes i.e. to get apt biodatas for you, keeping in mind your allergens.

Mother of the bride

The question of whether to become a mother or not in the Indian society is still an amalgam of imposition and choice where societal pressure has a higher say in the whole matter than the choice itself. Marriage is seen as the sacramental pathway towards a family and biological reproduction to extend that family. The show enunciates the same notion in myriad ways.

“Even civilizations that ignore father’s generative role that a wife is under the protection of her husband; and she also has the function of satisfying the male’s sexual needs and caring for the home.” _ Simone De Beauvoir, The Second Sex

This is seen in most modern ‘urbane’ families in the metropolitan cities of India.

Let’s talk about Ankita’s mother for example; Ankita is an ‘independent’, ‘rebellious’ and ‘gregarious’ girl as described by her own parents in the show for the reason that she believes in equal partnership and that marriage is not a comprisebut sharing on an equal footing. (Contrary to the theory the show propounds time and again)

While talking about her prospective partner her mother makes it very clear how a man’s support is important for a woman. When asked about Ankita’s mother’s choice, she says that she wants someone who can take care of her daughter and look after her. To this Ankita retorted, “I can look after myself”. Her mother further said, “A man’s support is a man’s support” and perhaps this is the reason why her own parents have labeled her as ‘rebellious’.

Let’s narrow down our focus to one of the most controversial prospective brides on the show, Aparna and her dominant personality.

Her mother has been on the receiving end of scathing criticism and memes on social media. Aparna’s mother was 19 when she was forced to marry under parental pressure and invariably the marriage resulted in a divorce. Aparna’s mother wants every possible choice for Aparna. However, that freedom of choice over time has transitioned into unbending decisions being imposed on Aparna. This bypasses her freewill altogether, something that is apparent in show and even pointed out by the matchmaker.

We could see the brunt of one arranged marriage being used as fixing glue for the next generation. Aparna’s choices for her prospective husband have been deemed as ‘demanding’ and ‘inflexible’ time and again by the matchmaker and even the astrologer which by the end results in a hapless acceptance by Aparna herself.

The controversial question is whether those ‘nit-picking choices’ are a result of Aparna’s childhood conditioning or her so called demanding nature is to be blamed for her individual choices? Does being demanding necessarily imply a bad demeanor or are the demands a result of restrictions imposed? Could these demands translate into an idea of what could be argued as an innate version of feminism?

“Women’s maternal role has a profound effect on women’s lives, on ideology about women, on reproduction of masculinity and sexual inequality, and on the reproduction of a particular form of labour power. Women find their primary social location within the sphere of social reproduction.” –Nancy Chodorow, 1978

While talking about single mothers the show also reinforces the stigma related to being a divorcee. Be it Vyasar’s mother, Aparna’s mother; the stigma is predominantly reflected at the point of Rupam’s entry in the show.

Emile Zola in Pot-Bouille reflects how mothers at all costs have to marry their child off. Talking about the bourgeoisie in the Second French Empire, Zola describes how women were offered for “interviews” to possible suitors in the Second French Empire. Zola reflects how breaking a conjugal tie is perceived as a failure and how the maximum brunt of this taboo is borne by women.

This is true for Indian societal mores in the 21st century as well, where a divorcee like Rupam is seen as problematic, and it’s even worse if she has a child from her previous marriage. This taboo is further entrenched by their own relatives, parents and matchmakers like Sima Taparia.

At the end, the question trickles down to the double-subordination faced by mothers that directly or indirectly it impacts the child’s life. Leaves me with an unnerving question; are the greatest upholders of patriarchal norms women themselves or is there a latent feminism in their choices and aspirations regarding arranged marriages? 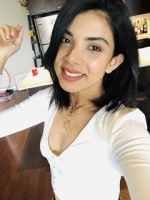