Why is a woman selfish if she follows her dreams after marriage, and a good wife if she if she gives up her goals for her husband and his family?

Why is a woman selfish if she follows her dreams after marriage, and a good wife if she if she gives up her goals for her husband and his family?

Women are often told that change accompanies marriage. The idea of what this change is, passed down through generations, seems never to grow old. These changes are also about many unsaid expectations of a good wife that we as a society add on to women’s shoulders.

As a 21-year-old girl, the word ‘marriage’ has been introduced to me at a very young age with stories and games revolving around the home and family system. The idea drilled into me was that the person I am today would change once I would get married.

This I have observed, and heard from various people in my life, part of three different generations – my grandmother, my aunts and mother, and my two older sisters.

Giving up identity and becoming a good wife

Self is the critical aspect where you define who you are and what your identity is.

Marriage, a tag attached to women, becomes the main focus of their identity and they are recognised with the same. With marriage, the husband and his family become her identity. In the eyes of her parents and family, she is ‘Paraya Dhan’.

Looking at it from a personal level, the identities that my mother, aunt and grandmother carry are similar to this.

My aunt told me, “I was married at a young age, and since then, this has been my identity, my children, husband and family.”

My mother too had to adapt to these identities, “I had a lot of dreams and wanted to do something, but it was too late, my life is now home, children and family.” The same goes for my grandmother; her identity also includes keeping societal connections.

A change in Lifestyle

People have a particular way of living. Would you imagine changing this about yourself for others? Many women change a lot after marriage – their clothing, the way they move around, and even the way they laugh.

My grandmother has continuously been the voice that tells me what I would be expected to do when I get married. The way I talk and sit often scrutinised, she often told me, “If you talk like this who will get married to you?” or “Once you get married I shall see who tolerates this behaviour of yours!”

While talking to my aunt, she told me, “I was a tomboy while growing up, my lifestyle was different compared to this family, but I had to make the required changes to fit in to be a good wife.”

My mother, on the other hand, said, “I was a furious kid, and everyone thought I would come back home soon cause I would not be able to change myself for my husband’s family and become a good wife. Everyone was worried about my lifestyle, and the day of my wedding my aunt sat me down and told me that I had to adapt to the new lifestyle, and I had to listen and do what they expected of me. This family would now be my family and that I can’t continue my lifestyle.”

On the other hand, my grandmother had to move from her village in Rajasthan to Bangalore with her husband. She had to change her lifestyle to a great extent and leave her parents behind, and this was hard because she was the only child and support system.

How Bollywood affects our perception

Visual representation of things has always had an impact on society. Bollywood is no exception.

The ideas of marriage and saas-bahu relationships portrayed by movies become a tool of idealisation by many. They represent the idea of adapting and giving up their identity and career after marriage and many times romanticising these ‘sacrifices’, while also promoting a certain way, that a woman has to be like when she gets married.

Why is it that a woman is termed selfish for following her dreams after marriage, and if she gives up her goals for her husband and his family, she is a good wife, an ideal woman?

Career choices of a good wife

Women choose to work after marriage; some decide not to. Some take a break, and some even quit after a child is born; these are choices made by them. But, sometimes these choices are internalised and an unsaid expectation by their family and society. Does the idea of career prevail over the concept of marriage? Why is it that with or without a job, the idea of women sacrificing makes more sense in society?

Women in history have sacrificed their career or changed their plans to promote their husband’s dreams, and Bollywood has, in turn, romanticised this. It does not mean that men don’t support their partner’s goals, they do, but it’s often expected of women to make the sacrifices.

My parents have always told us that education and a career makes one feel independent, but why does this not apply when you are getting married? The institution made it okay for my sister to quit her job; she was moving to another city after marriage. But, there, her prospects for a career weren’t entirely secure; nonetheless, it was ‘normal’ for her to quit.

Yes, people tell me that’s how relationships work, that one needs to make sacrifices for one another. But, my question is, why is sacrifice normalised for women?

The struggle exists even for men, as they often are told that the system expects certain things from them. They do not question the changes that are accompanied by their marriage as they see their mother and sisters go through a change that is ‘normal’. Apart from that, they struggle to break out of the system. Especially the new generation the effort to question and smash the patriarchal system that has institutionalised these ideologies has to.

Nobody really knows why this happens and why it continues, it’s passed down from generations, and out mothers do believe they have empowered us. Yes, they have, but they also subject us to the same ideologies passed on to them. My grandmother, mom, my aunts, my three sisters and I are all fighting our battles.

Time is always moving, and it never stops, the traditions, values and ideals of the older generation need to move forward as well. These beliefs attached to the new generation aren’t moving us, and we as a society need to move forward and question the old as well. Questioning and talking about these things is a sign of courage, as we are asking questions and reasoning, but still trying to understand the various perspectives. 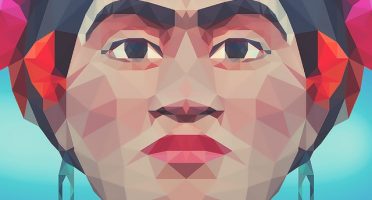 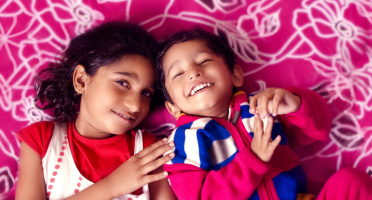 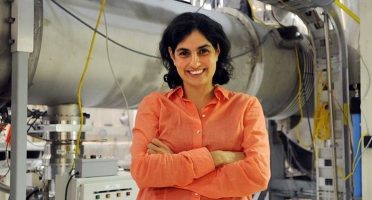 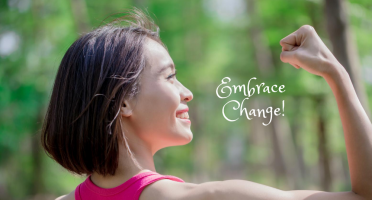 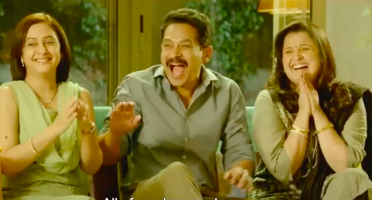