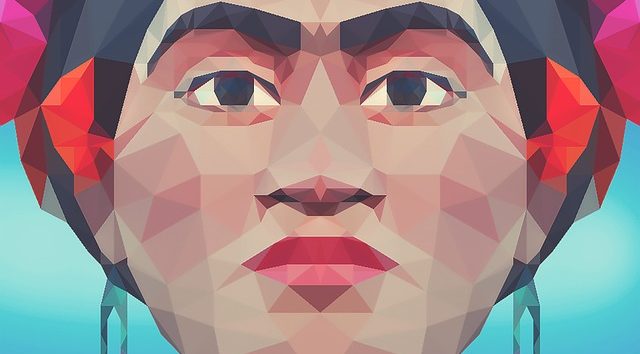 Who is Frida Kahlo? What has she got to do with me? As a woman, here’s how she inspires me to find myself in her self-portraits.

Having come across Frida Kahlo while reading about feminism and art, I instantly developed a sense of connection to her work. Her self-portraits that unapologetically defined her, drew me to observe and stare at them. The identity and life experiences that she poured into her art made me re-evaluate myself.

Frida Kahlo is the woman who inspired me with her life struggles. You see her as a phoenix burning and rising from her own ashes, having gone through tough situations in her life, including a polio attack, a bus accident, her marriage and her mental health. She uses all these in her art, which focuses on her but speaks to millions.

Her self-portraits speak to me as a form of questioning one’s identity, looking at societal beauty standards, and portraying real women with real struggles. As a woman, she inspires me to find myself in her self-portraits.

In a society where body hair is not approved of, a certain beauty standard is set. Frida Kahlo breaks this barrier by portraying herself with a unibrow, a moustache and clothes that were usually not ‘woman like’. She defied gender stereotypes by wearing suits as well as dresses all to her own liking, during a period where a rigid standard held sway for women’s clothes.

Having body hair for women has always been marketed as something abnormal and a problem that needs to be taken care of. Having a faint moustache line or a unibrow is another ‘problem’ that has to be taken care of, and is often pointed out by people saying “You should go get a wax.” In my own case, I have extra hair growth on the back of my legs because of which I am often asked to cover up if I haven’t waxed it off and because of which I am usually self-conscious. Looking at her paintings has given me a sense of acceptance to this natural growth.

During this pandemic, there have been a series of memes referring to women growing beards due to parlours being shut. Women were said to have started ‘looking like men’, and during all this, when we view Frida Kahlo’s art, you see a sense of acceptance of this body hair.

Our pain does not define us

Having suffered from polio at the age of 6 and later a bus accident at the age of 18, Kahlo showcases her pain through her paintings. She focuses on the emotional as well as the physical pain that she has undergone in life, out of which most of her work portrays the pain and relationship that she shared with Diego Rivera, her husband.

In her painting The Broken Column, she showcases her self and her back injury and along with this, has a facial expression that seems to inspire people.

She inspires everyone to push through, to find a source of release and not give up. As a viewer, you see her struggling in her personal life. You focus on how she overcomes it through her painting. They don’t provide answers as such, but instead pour a sense of reality and relatability within the viewers. She shows us that pain does not define us – the battle with it is what constructs us.

The identity that she was proud of

Self-portraits depicted her simple style while also upholding the Mexican culture. She broke the norms of beauty standards placed on women and was unapologetically owning her culture. She also owned her bisexual identity and inspired many women even before the feminist movement became mainstream.

In paintings like The Two Fridas, the focus is on her two identities European and Mexican, through which she depicts her loss of identity and self. She believed her husband left her because she lost her identity and during this struggle, she came to realise that she was the only one who would understand and love herself.

She has a sense of unwillingness to be held down and be who she wants to be. Her political ideology, her mental health, as well as personal stories, are reflected in her paintings and push one to open the doors to being themselves.

Kahlo’s gender-bending dressing, her style and the way she paints herself has truly created a world of its own ‘Fridamania’. This word is used in popular culture to define her influence in pop-culture and its aesthetics. The true meaning of her work is lost in the midst of all this. Her work focused on her pain, a social commentary, mental health of women, miscarriage, breastfeeding, beauty standards, etc. She is known to break the rules and embrace the weird side to her self; with this, I’d say I truly am inspired and find myself in her self portraits.

“I used to think I was the strangest person in the world, but then I thought there are so many people in the world, there must be someone just like me who feels bizarre and flawed in the same ways I do. I would imagine her, and imagine that she must be out there thinking of me too. Well, I hope that if you are out there and read this and know that, yes, it’s true I’m here, and I’m just as strange as you.”
– Frida Kahlo

Facial Hair And Fitting In: Inspiration From Frida Kahlo

Choiceless Choices And Yet No Regrets? 6 Women In My Life Show Me How