Sexualisation of a person they’re attracted to comes naturally to adolescents. The problem lies in them being stuck at this phase, and maybe we’re to blame a bit.

As someone who has done a PhD in Psychology centred around adolescent behaviour and their mental health and working in a NGO dealing with adolescents since the past 5 years, I think I have some understanding of the little devils that these adolescents are.

Before going further, I would like everyone to just breathe, reflect on their own adolescence, remember how it felt, how peers influenced behaviour, how maddening and distracting the sexual attraction used to feel, and how little things mattered so much while the big things seemed so trivial.

I would proceed now by first listing the problematic issues that have come to light in these incidents.

Both – boys and girls sexualise others in adolescence

This should be just the phase that it is in adolescence, and not persist.

In the locker room incidents, both boys and girls passed extremely cringe-worthy remarks about the physicality of the opposite gender. This behaviour though not correct, often is an unpleasant part of a phase.

For a lot of people, this phase passes off. Ideally, it should. It would be extremely disturbing to know that some adults are stuck in this stage and have never really ‘grown up’.

However, girls and boys BOTH sexualise the gender they are attracted to and though not a correct act, should not be looked at solely in the light of the evils happening in the society and their root cause.

Ideally, the adolescents should outgrow this phase. The thing to remember here is, it is neither the only stage of a teenager’s curiosity regarding the opposite gender nor the final one.

We can have regular dialogues and discussions with children about the opposite sex, about attractions, infatuations etc. Here I am using the term children and not adolescents because we need to begin these when they are younger –
~  suddenly starting a conversation when the girls start their periods and the boys start growing their Adam’s apple is not going to be of any use.
~  whether we like it or not, at some point in adolescence, teenagers stop listening to parents and teachers. It is important that when they reach that stage, they have a foundation where they have been given the right kind of exposure.

There has to be a culture of dialogues that needs to be built. A space where discussions take place, where questions are encouraged, where incidents are shared from all over the world, where perspectives are discussed.

Here, both the school and the parents have the responsibility to provide that environment to the child.

A disregard towards consent, and then blackmail

Sharing/morphing pictures without the consent of the person and then threatening (blackmailing the girls) them, planning to leak their pictures – This is wrong.

With smartphones and social media and thousands of free photo editing apps, these actions are difficult to check and keep a tab on.

My problem with the handling of these acts by media is that these acts (this is specifically in context to the Bois Locker Room) are being looked at only as “sharing of minor girl’s pictures and photoshopping them”.

This statement though true, is also not the whole truth, because it doesn’t mention the fact that the boys sharing these pictures are not 25/30 year old perverts, but are themselves school going boys. The ‘underage’ part in the Bois Locker Room chats isn’t intentional. It is a result of the participant’s immediate surrounding and exposure.

The majority of the group members in the Bois Locker Room are also juveniles, some as young as 13 years old. This should be kept in mind while investigating the whole case.

The discussions where boys plan to leak the girl’s pictures come from a place where sharing, passing on, ‘leaking’ pictures is all a click away and very very doable and highly damaging.

a) Teach children the meaning of consent. Teach them young. Show them first and foremost that you respect their consent in matters where they should be having a say. Until we collectively as a society, as parents, don’t look at the concept of consent as a legitimate part of the bringing up of children, the children would not learn it and would get a distorted picture of the same.

b) Teach the children how devastating and how damaging the repercussions of making someone’s private life public are. Teach them it’s not okay to share someone’s personal pictures, it is not a matter of joke to pass on someone’s intimate pictures, introduce them to the concept of right and wrong, of morality, ethics. Small dialogues, incidents shared can do this trick.

Rape as a term is being used loosely by both boys and girls. Boys talking casually about raping girls and girls often in their talks, talk about raping boys. Both are equally wrong.

This issue has 2 aspects –
~ using a serious word like rape for fun and cheap thrills is not something any gender should be indulging in.
~ pausing and reflecting, and acknowledging that the usage of this term by these 13-18 year olds is probably a result of us as a society using this term loosely in jokes, in friendly banter, in movies, in songs, trivialising the act. With this, also asking ourselves “do they actually intend on going ahead with the act or has it become a figure of speech, something used loosely with talking to friends?”

Here I am talking about both girls and boys.

Again, sensitise children and make them understand it’s not okay to be using such terms loosely. By setting examples of not normalising the term in jokes, comments and our day to day lives. By teaching them the repercussions of falsely accusing someone of rape and the trauma that the act in itself is for the survivor.

Looking at, and addressing what’s wrong

As per a news piece, the whistleblower made the whole thing public because “boys cannot get away with their wrongdoings.”

I agree. 100%. Neither boys nor girls should get away with their wrong doings.

These bunch of adolescents should be counselled, their chats investigated and it should be made sure their chats were limited to the chat rooms and did not and do not translate into any kind of reality.

Another aspect of the whole thing is, by pinning the entire blame on these juveniles, are we as a society running away and shying away from our own wrongdoings?

Are the adolescents alone to be blamed for their mental conditioning or would we finally be talking about how we expose little children right from age 0 to sexist jokes, objectification of the opposite gender, sleazy songs, double meaning dialogues in the movies, movies trivialising rape, news channels discussing the length of the skirt of the rape victim and the time of the night she was out, making kids dance on sleazy numbers with obscene actions?

Did we fail our kids?

Would we take the blame? Or are we happy pinning it all on a bunch of juveniles and calling out their names on social media and being happy with their arrests?

We can catch hold of a bunch of school boys and girls and hold them accountable for their chats. We can sure create some stirs and instil fear in the adolescents with this for a while but, are we explaining to them why this behaviour is wrong? Are we talking to them? Are they listening to us? Are we even in the same space?

These are the questions we need to answer.

Our society as a system is becoming a place where dialogues, emotions, empathy is decreasing at an alarming rate. It’s not just with the adolescents because of their access to internet and social media. It is also with the parents not having enough dialogues with the children, the schools not looking at a child as an individual but looking at them as pass/ fail clones, with no one to actually break the ice with the adolescents of our society and giving them the right kind of perspectives, with relationships and sentiments becoming more virtual than real for all, including adults.

In times like these, shouldn’t we also hold our own selves accountable and mend our ways?

27% of India’s population is in the range of 0-14 years. We have all been lately very busy with telling everyone to “raise the kids right, raise the boys right” but what about the rest of the 63%? Are we even capable, as a society to raise anyone right? It is this 63% that sets examples, that controls media, that shouts on the news channels, that makes irresponsible movies, that encourages stereotyping of genders.

The larger question here is, how do we ‘educate’ this section? Because if we dont, we sure aren’t raising anything right.

Here another thing needs to be kept in mind. A massive portion of the population of our country is struggling to just put food on their plates. When the Maslow’s pyramid’s basics haven’t been met, we cannot expect everyone to jump unitedly on the final portion of it. Not every parent would be able to provide the ideal environment to the child. Not every school would be sensitive to a child’s needs. Not every child would be having an access to school.

It is here that the role of each one of us as an active citizen of the society comes in. Until we as adults dont set the right examples for our kids and for everyone else, the above mentioned changes would never become a reality and would never start becoming a part of our culture. If we dont start checking ourselves now, the problem would only increase. 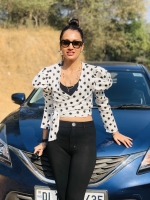