I work in the social sector. The organisation that I work for, works in the field of education for underprivileged children in the semi-rural outskirts of Jaipur. Apart from training teachers, community interventions, and preparing material for teacher trainings, my most favourite part is working with the adolescents, especially girls.

In the community where we have our schools, most of the children come from households which are not from an affluent section of society. The area is semi-rural with very blurred lines, not defining where the urban college campus or that posh society ends and the village hamlets with cattle and mud walled houses begin.

The thing about these areas is, you travel 1 km from the core of a hamlet, and you would hit a café or a ‘meeting joint’ for the university kids and see a world in contrast to the world inside these hamlets.

The girls and boys I interact with come from here. They know what WhatsApp is, they know what Facebook is, they see their older cousins especially boys having profiles there, they see TV channels and see dance videos, they know all the dance steps, they see the college and university kids around their areas, they see the girls and boys of these colleges and universities interacting freely, riding around on bikes. They see all of that. And then they realize this is a parallel world, this freedom that they see is so close and yet so far from their reach.

When I started working at Digantar 5 years ago, I came in at a time when we were facing a severe funding crunch. So, I was teaching, fundraising as well as representing the organization on different forums, traveling for the same, engaging in teacher workshops etc.

The 10th and 12th standard girls had their board exams a few months later and I was preparing them for their English exam.

Since our schools are very different from the mainstream schools (no punishments, democratic environment, freedom of speech, no competition, etc), I enjoyed my classes with these secondary and senior secondary groups. The girls were initially super curious to know more about me, about how was I ‘allowed’ to wear jeans, about how was I ‘allowed’ to live in a different state than my husband and work, how I was ‘allowed’ to travel so much. They genuinely wanted to know.

Initially, the questions made me uncomfortable and I couldn’t answer them properly but in a few days I understood that to them, I represented the world that they see every single day and yet, are not a part of.

They tested my patience, they tested me by asking me questions, personal ones, about my life, my relationships etc. I obliged and every day after finishing off our work, we would all just sit and talk. They wanted to know, and I wanted to tell them all I could.

Once a girl asked me: Didi, how do I become like you?

She wasn’t talking about my clothes or my behaviour or my haircut. She was asking about the freedom that they saw me exercising in my life.

It took me a few moments to gather my thoughts and I told them they could be anything they want, if they study hard and are able to stand on their feet.

We spent the next 5-6 months studying, discussing music, movies, religions, countries, history, books, college life, boyfriends, beliefs and then, they gave their exams.

One of the happiest moments of my work life was the day their board results were announced. They all did very well. I was on cloud nine. I did a moonwalk from the computer room where I checked their results to where the rest of the teachers were sitting.

At the time when I was teaching them, they were all 14-17 year olds. About 70% of these girls were married. They weren’t yet sent to their husband’s house yet (Gauna, in Rajasthan) but they were married.

I remember two girls vividly from that time.

One of them loved to dance. She was in the 12th standard at the time. She told me her dream was to become a dancer. She was also engaged during her 12th standard and was to get married right after her last exam. She had dreams. She had planned everything.

She found out there was a college near her in laws place where she’d be moving post marriage and her fiancé had promised her that he would “allow” her to complete her graduation. For the dancing part, he had convinced her that she could dance all that she wanted to in front of him. She giggled when she spoke about it to me. Her eyes sparkled when she told me about her plans. She seemed full of dreams and her dreams looked reachable to her.

Though I smiled at the time, I knew this would end very differently.

About one year after her sending-off-to-in-laws ceremony, I met her. Since we as an organisation have a very close relationship with the community, we had gone to a wedding in the community where this girl too had come. She was in her 3rd trimester of pregnancy. The husband had told her he would not allow her to study further because his mother didn’t approve of it. I asked her how she was doing. Somehow, I couldn’t see the spark in her eyes anymore. Her eyes didn’t light up at the mention of dance or college. She knew that ship had sailed. At age 18.

The second girl I remember is for the sheer nightmares that she gave me. This one was a monkey disguised as a human. She climbed trees, played all the time, had an attention span of 5 minutes….7, if she felt pity on me and was plain brilliant. She remembered things, she did her work in 1/4th the time all of them were given, was very active and chirpy. She was a walking talking energy ball. She was in the 10th when I taught her. She had plans to study further.

After exams, about 2 months later, I heard she had gotten married because her elder sister was also of ‘marriageable age’ and so, they were both married to two brothers. I still have a hard time accepting that that bundle of joy got married and had a child within 1 year of her marriage. At age 17.

I never met her again. She got married to a family that doesn’t live in this community, so I don’t come across her at weddings or festivals. I sometimes think it’s good that I haven’t met her again. To see her in a reality very different from what she dreamt of and deserves, is not something I think I would be able to handle.

I often wonder, what went on in both these girls’ minds when their families pressurised them to get married? At what point exactly did they accept that their dreams would never be fulfilled? Have they made peace with this reality? Yet?

I do not know the answers. I don’t think even they know these answers.

It’s always nostalgic, meeting them, talking to them. After all, they were my first batch of students. Though I taught them English, I sometimes wonder how much they taught me about life.

They surprised me with their understanding of things, their clarity of thought, their problem-solving skills, their warmth and later, their painfully loud silence.

Bringing social change and a change in mindset takes generations. When my parents started working in this community, the girls were not sent to school post age 9. The first time they went from door to door to ask the families to send their girls to school, my parents placed a condition that they would admit boys only when their sisters would also come to the school. Things are changing now.

In my 5 years’ experience I have seen a difference from 70% of the girls being married in the 10th and 12th class to hardly any girl married that early. Change is happening, a lot of girls who were stopped from studying are now adamant mothers, making sure their daughters get the education they deserve.

Social change doesn’t come from the happy and comfortable section of the society, be it in the context to gender or socioeconomic status. Social change comes from the section that faces injustice to the point where they start questioning the “fate” written for them by the rest of the society. 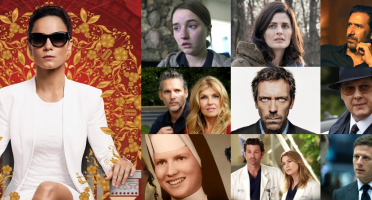 Thrills, Crime, Action, Passion, Dark Humour: 10 American Series That Have It All