Actor Irrfan Khan passed away today morning. Here is a tribute to him from a fan, that only a true fan can write. May he rest in peace.

Sad! Very sad! Just heard the news. I really had a blackout for few seconds.

Is it a coincidence or something else, I don’t know, (and I really can’t fathom it), that watched Angrezi Medium last night.

Everyone knows he was an actor extraordinaire. But for me, he was that tall dark handsome hero from Mills n Boons.

I loved him in Banegi Apni Baat. I was too young to understand the complexity of the role, but then I think I got attracted to him because of this very reason.

He went on to act in several movies and can without doubt say that he was an exemplary ambassador for Indian movies on the global stage. 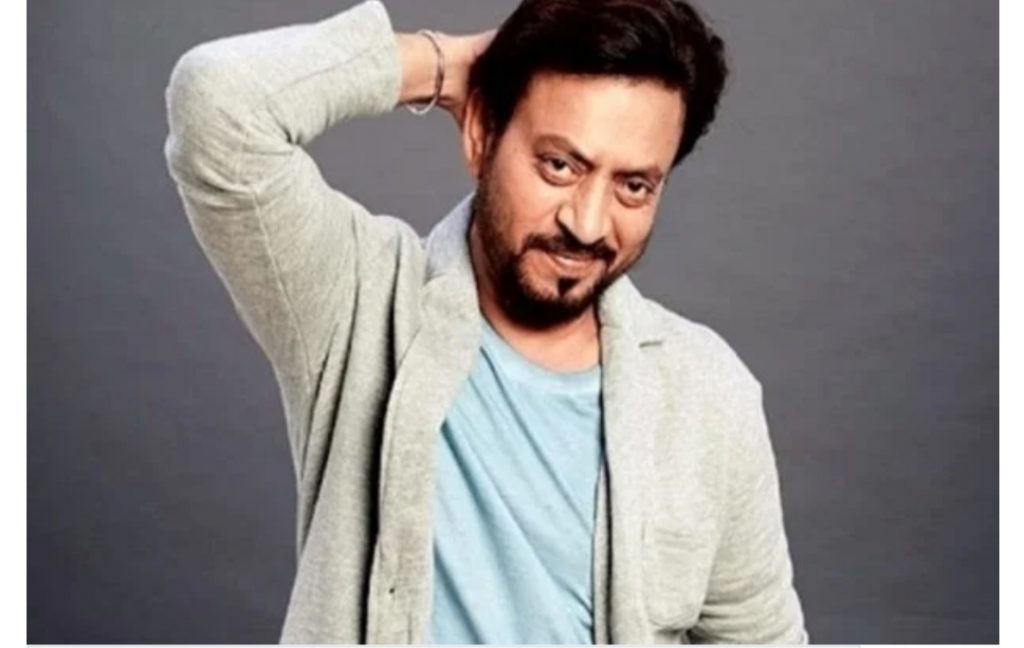 His role in Piku made me realize why I loved him in Banegi Apni Baat. He is that unconventional hero. He played the role so well, that every girl would want him in her life.

In Angrezi Medium, he has played the ‘perfect father’. I wanted to write about the movie today but God’s ways are strange. I never thought I would write about him to say how much he will be missed.

I knew he was not well, but had prayed for his health and hoped he would be well soon.

His message to all of us when he announced his illness had brought tears to my eyes then. 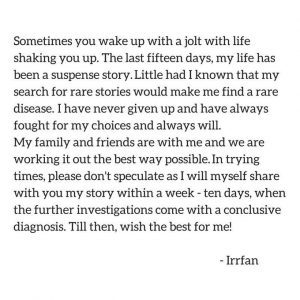 I had really hoped and wished that he would get out of it fighting fit.

Why him? Why so soon? Why now, when he can’t even be given a proper farewell because of the lockdown?

Or maybe he wanted it this way. To go away silently.

May his soul rest in peace 🙏

God give strength to his family.

As Irrfan Khan Pens A Heartfelt Letter On Battling Cancer, I Revisit Two Of His Best Films!