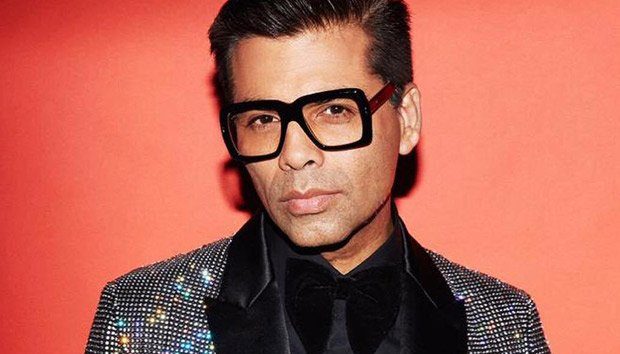 The COVID-19 Crisis has shown us just how unequal the world is. This is the time for us to understand and acknowledge the weight of our privilege.

Last night, when I finally hit the bed, I was just scrolling through my Facebook feed and something caught my attention- “Karan Johar apologises.” Curious, I clicked on the link to read the whole story about this unexpected apology.

What I found out was that this apology was in response to a video tweeted by an Australian Comedian Greta Lee Jackson.

I didn’t know her but I was really impressed by her video.

In her video, Jackson showed how average citizens and workers are affected by this global pandemic. She had recorded their messages too . They all thanked the celebrities for their attempt to spread the cheer in people’s lives. The video ended with Jackson asking the celebrities to give everyone their money.

Jackson’s video received approval and lot of support from Twitter users across the globe.

Closer to home, Karan Johar was one of the first celebrities to react to the video and acknowledge this topic.

He tweeted his apology in response to Jackson’s video. He apologized for sharing videos of himself and his family ,which he thought may have been insensitive. It may have lacked the emotional foresight in light of the troubles of the average citizens during the pandemic and lockdown. 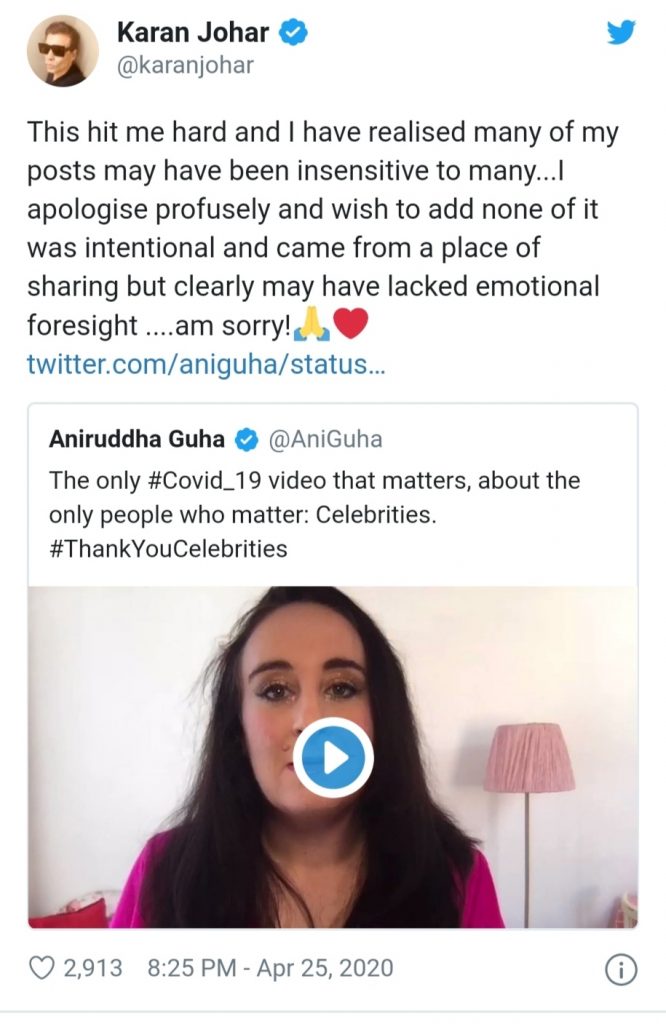 Earlier on, Farah Khan to had asked celebrities to stop posting videos of their workout . ” I can understand that you are all privileged,and you don’t have any other worries in this global pandemic except for looking after your figures, but some of us, most of us, have bigger concerns during this crises,” she said. Privilege is a consideration

There will always be an argument for and against this. There will be some people who think that the celebrities are just trying to cheer everybody up and there will be some who don’t want to watch their cocooned and privileged lifestyles.

I know some of them will argue that they have been doing their bit by donating. However, I wish they don’t put this all across social media to simply prove this. I wish someone tells hem about anonymity.

I never liked these videos but I really loved Karan’s children Yash and Roohi. I was not looking at Karan’s mansion, his lifestyle or his clothes. I was taken completely by the little munchkins.

I will definitely miss them.

Like Jackson, I too want to thank all the celebrities and request them to please stop showing how privileged they are.