Aanya Natesan was brutally raped and beaten up for being a trans woman, on the streets of Gurgaon, on 24th Nov 2019, when she was on her way to a Pride March - is this how we should treat fellow humans?

Aanya Natesan was brutally raped and beaten up for being a trans woman, on the streets of Gurgaon, on 24th Nov 2019, when she was on her way to a Pride March – is this how we should treat fellow humans?

How do you tell a transgender person that the world will be a better place for them and their future generations when you come across such horror stories about how they have been exploited both physically and mentally, apart from being constantly demonized for who they are? There is no point in pretending that it happens in some other country and that ‘Ek saccha Hindustani’ can never do shit like this to their own.

Aanya Natesan, a trans woman, faced horrifying gender based violence recently, and wrote about it on Facebook. That made me think about how we treat people we find ‘different’ from us, especially those we find vulnerable and perceive as ‘weaker’.

Aanya’s account was so horrifying that I had to read it, again and again, to actually wrap my head around it. Words like stunned do not even begin to describe exactly how anyone with a heart would feel after understanding what she had to go through.

We are all equally guilty for not just ignoring the existence of such a huge number of people in our midst whose only fault is that their idea of sexual and gender orientation is different from ours.

I know that I should detail out her ordeal and tell you exactly what happened but I am scared of doing so for the simple reason that words fail to describe the pain, torture and trauma that she has gone through, and no one else will be able to perhaps completely understand or convey her pain as she can.

But you could read here to understand what she had to go through. (Trigger warning: The details are way too unnerving to be read in one go)

Will we ever consider them a fellow human?

The constant hate and ridicule that they have to face on a daily basis have manifested into a kind of violence that no sane human being can condone. Anything remotely related to gods and animals can get us outraged, but when it comes to the exploitation faced on a daily basis by trans people we do absolutely nothing.

They are not able to access proper jobs, they are vulnerable not just to sexual exploitation but to hate crimes as well, most of them are thrown out or disowned by their families at a very early age, and many of them have to live in conditions that no human being should be forced into.

The Transgender bill that was passed recently has been roundly criticized by one and all because there are some gaping holes that need to be filled before the bill can have any sort of positive impact on the community and set the entire country on the road to acceptance towards their concerns.

Watch this explainer video to understand how the bill seems to be woefully inadequate for the people it was designed to empower.

Some of the provisions in the current bill are not just inconsiderate and ill-thought of, but also extremely transphobic. Hopefully, the government addresses these legitimate concerns but I don’t trust them one bit.

Despair part of their lives

Writing about the condition of transgenders in our country is just too painful because we all know that no one cares about them. Sorry for generalizing, but it has been more than 70 years since we became independent and yet their condition has worsened over the years. Anguish and despair have become a part of the existence of many who wait for that elusive light of justice to shine on them and set them free from their pain, but our ego, our prejudice and our inhumane attitude and our violence towards their existence has extinguished any hopes for that light to take birth.

Anything else that I say now will be futile. The only thing that we can do now is to pray, and fight for not just for Aanya and her community but for that speck of humanity that may still be left within us. 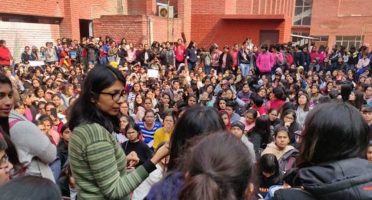