The Amulya Leona saga shows how a large section of our society is apathetic and hostile towards, and is failing our youth - the teenagers and the young adults.

The Amulya Leona saga shows how a large section of our society is apathetic and hostile towards, and is failing our youth – the teenagers and the young adults.

Amulya Leona Noronha, a 19-year-old student activist, was at a program, along with several other leaders, to protest against the Citizenship Amendment Act in Bengaluru on 20th February. She decided to speak at the event and the first two words that came out of her mouth were ‘Pakistan Zindabad’ (Long-live Pakistan). She said the same thing a few more times but replaced ‘Pakistan Zindabad’ with ‘Hindustan Zindabad’ and was trying to explain the difference between those two slogans before she was forced off the stage and later sent to judicial custody.

Betrayed by her family and society

The first thing that should have alarmed anyone was how so many men were grabbing a lone woman and that the female policewomen came in much later. But the second thing that is even more worrisome was how her parents, the politicians, and the moral police brigade reacted to the whole incident.

Try and imagine the plight of Amulya when she would have come to know of how her father completely disowned her and said things about his own daughter that would make you want to bang your head against the wall. Granted that a group of protesters showed up at their house and behaved in a way that cannot be condoned, but how the hell can you say such things about your own kid who is having the worst possible time of her life in the most hostile of environments, in a kind of psychological hell that no 19-year-old should be subjected to?

At a time when there are people declaring a huge bounty to kill someone’s daughter and when politicians are senselessly drawing a link between her and the Naxals without even a semblance of proof for the same, any father would be expected to stand with her like a rock instead of leaving her all alone, while the vultures of our society are baying for her blood, literally. Or is that too much to ask Dear Daddy?

What is the youth supposed to do?

Amulya was trying to put across a point of view that may have been more suitable for a nuanced group of people. I have used the word ‘may’ because perhaps there would have been many in the audience she already had, willing to lend their ears to her argument if she was allowed to complete her point. But is that reason enough to treat her the way we did?

We fail to express our outrage when students get brutally thrashed by lathi-wielding goons while our police escort them out of the campus. We don’t bat an eyelid when an unbelievably large group of drunk men have the audacity to enter a girl’s college and molest women while the college administration and the police do absolutely nothing. When they come out to protest for their rights we happily indulge in slut-shaming them. We look the other way when the police themselves barge into colleges and terrorize students with their naked display of barbarity.

And it is not just the police but the society at large who looks at the young generation with contempt just because they are not afraid to show us the mirror when we go wrong. They are the future of this country, the so-called demographic dividend which we proudly proclaim to be the one thing that will take India very far. But when that demographic dividend is trying to say something, we are the first ones to ask them to shut up, and if they don’t then jail is what awaits them because they dared to raise their voice.

The young generation is supposed to be the future of our country but the apathy or even enmity we have towards their freedom of being themselves is just appalling. No wonder our future looks so bleak and pitch dark. 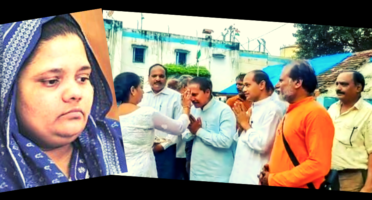