Former Union Minister Chinmayanand was granted bail in the case of raping a law student. The High Court didn't even consider it a case of rape. Victim blaming, much? 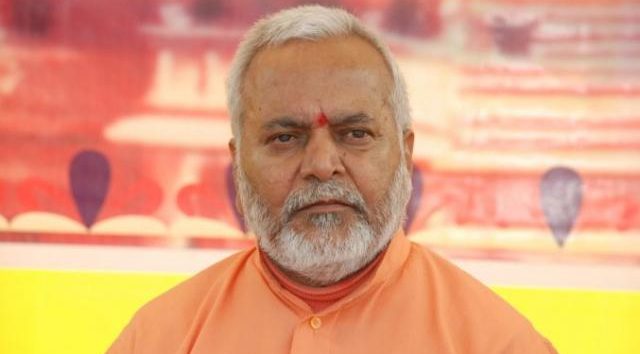 Former Union Minister Chinmayanand was granted bail in the case of raping a law student. The High Court didn’t even consider it a case of rape. Victim blaming, much?

On February 4th 2020, the Allahabad High Court granted bail to former Union Minister and a BJP worker Swami Chinmayanand. He was arrested in the case of a sexual exploitation of a woman who was a law student at Shahjahanpur. The court said, “Both parties crossed their limits and at this stage, it is very difficult to adjudicate as to who exploited whom. In fact, both of them used each other.”

Chinmayanand admitted to every accusation he was charged with to a Special Investigative Team (SIT) official, according to PTI. It needs to be noted that the SIT took no action against him despite the admission. He wasn’t charged with rape but with “misusing authority for sexual intercourse” or “sexual intercourse not amounting to the offence of rape.”

The victim was jailed for 2 weeks

Meanwhile, a case of money extortion was also simmering up. The woman allegedly was involved in extorting money amounting to Rs 5 crore. She was sent to the jail for 14 days in September 2019 after the SIT found enough “digital and forensic evidences” of her being involved in the extortion.

The student had even backed her accusations by submitting a pen drive containing all the evidences. Soon after the submission of the pen drive, evidence started going missing from her room. And she went missing the next day.

Women are always at the receiving end

From the above facts (and various other examples) it is not surprising to note that it is the woman who is always at the receiving end of things. It takes a lot of effort and courage to report crimes like these. The woman is fervently asked inconsistent and trivial questions under the garb of “procedures.” Simply put, the system lacks empathy.

Many women don’t report sexual crimes because it is the procedure that stresses them out. The procedure is often quite long and involves repeated trips to the courtroom. And despite the multitude of procedures and proceedings, you never know if you are going to win the battle or not.

Every time something like this happens, the woman is shamed and victim blamed. Her clothing, appearance, character, everything is questioned. She is asked why she was out of her house at the “ungodly” hour as if that gives anyone the right over her body and personal space.

The richer the perp, the easier he gets off

The authority of the perpetrator also plays an important role. For example, this case. The student wanted to file a complaint but the Uttar Pradesh Police turned it down. Also, despite evidence being put on the table, a rape case wasn’t filed against the man. Instead, the laws were quick to put student into custody for 14 days.

It is important for us to have a fair mechanism of trial and inquiry (regardless of their influence) instead of making the women the scapegoat each time. The whole process of going to the court and having the details of the incident that shook one horrifically be dissected in front of them, is a scar.

Blaming the victim is not the solution

And the ideology of having one’s integrity, self-respect and honour directly attached to their physical sexual parts is a warped one. Victim blaming hits the bulls eye of this very ideology and makes the person question their own existence and experiences (read: gaslighting).

It is essential in these cases to be objective rather than being emotional. The truth needs to come out. Blaming the victim will lead us nowhere. All it will do is cause harm to the victim while letting the perpetrator go scot-free.