When You Miss Someone Intently, That Someone Can Feel It

It looked like the rain was turning into a storm, the force of the wind was such that some power cables snapped and a few trees fell on the road. The road was replaced by a flowing stream of water carrying a huge amount of debris. Prashanth was standing at the window and watching the rains heave havoc, the power had been interrupted and except for the soft glow from the candles, the remaining house was in darkness.

Prashanth slowly sat on the sofa thinking about his wife who had left him a couple of years back to a prolonged illness, while his only daughter Asmitha was working with ISRO, he was a lonely man now, surviving on the memories of another time a couple of decades old.

The guitar on the wall reminding him of happy times

‘okk, but you have to dance like Madhuri’, says Prashanth

Asmitha dances energetically to the tune while Prashanth’s chest swells with pride seeing his daughter dancing.

It was a daily evening routine for both father and daughter, while his wife Anita would watch them lovingly, after the dance Asmitha would come rushing into Prashanth’s arms he would swing her high up in the air, reminiscing those memorable moments brought tears to his eyes, wiping them away Prashanth relaxes and dozes off on the sofa.

Prashanth wakes up with a jerk to the persistent ringing of the doorbell, it’s the cook Kantabai she puts the umbrella by the door and comes in.

‘Dada, what should I prepare for dinner?’

It was a busy day for Asmitha at work with  back to back meetings and a training session, she was exhausted by the time she reached home, at the same time grateful that it was the weekend. Her two little kids were all over her trying each trying to outdo the other in narrating the days happenings to her, her husband silently watching with a loving smile.

All of a sudden Asmitha felt all teary and so many memories of her childhood came back in a rush, flooding her with nostalgia, she immediately knew what to do.

It was a cool morning with wet roads, greenery all over, birds chirping, a clear sky and everything looked so serene and beautiful. Prashanth had finished his breakfast and was sitting in the garden reading the newspaper and a few more papers lying on the coffee table, he was so engrossed in reading that he didn’t hear the sound of the car coming to a stop in front of his house. It was only when two little arms went around his neck from behind did he notice getting up with a startle, and much to the joy of the kids, he heaved Saachi high up in the air, making her laugh out excitedly.

Looking at this Asmitha all teared up remembering how papa used to lift her up in a similar manner, she quickly walks up to Prashanth and hugs him dearly.

‘I missed you Papa’, she says with tears in her eyes

‘Me too beta’, says Prashanth

After a fulfilling and happy lunch full of chatter and exciting anecdotes, Prashanth relaxes in his armchair thinking about Asmitha and the kids and their surprise visit and how much he had missed them and that maybe God had a way to sense that he was lonely and missing his kid and sent her along. 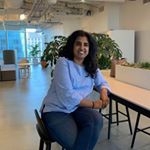