Enjoy Being A Mother, Don’t Let The Patriarchal Society Tell You How!

Being a mother is a different experience for everyone. However, it is a boon and not a burden. It is an experience to be enjoyed and not despised. 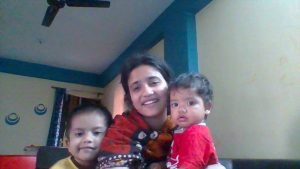 In a span of six months, I had lost my father and become a mother. I was four months pregnant when my father passed away.

It was really tough for me to move forward, mentally, after his sudden death. However, not moving on was not an option since I was leading an offshore team at work and I had several responsibilities on my plate.

The birth of my baby and the complications

Both my doctor and I were expecting a normal childbirth, but I had to opt for a C-section since my due date had passed. What’s more was that during the operation, they discovered that one of the baby’s hands and leg was stuck in the umbilical cord.

I was surprised and wondered why was it not detected during the final ultrasonography! [For your information- everything from the doctor’s consultancy, the tests and even my surgery was taken care of by a renowned hospital in Kolkata.]

Thankfully, the baby was successfully delivered without any further issues and the credit definitely goes to my doctor.

My moment of being a mother

The moment of being a mother was just as precious to me as it was for any other mother.

Once my baby and I were transferred to a bed, we found out that the anaesthesia medicine that was used had a reaction on my body. I suffered from constant loose stools and my lower body was totally numb. I felt extremely helpless and humiliated.

It was the nurse’s duty to help me breastfeed my child but since I was severely dehydrated, I couldn’t even feed my son the required amount of milk. I couldn’t even hold the baby the right way at the time. I was going through severe mental trauma.

I was injected with a heavy dose of drugs to stop my stools so that the surgery would not be affected by any infection. My body was literally shaking. My legs were swollen. All this pissed me off so much!

All I wanted was to have my own space with my baby. I wanted to feel and enjoy my motherhood without being instructed by anyone else! However, society doesn’t really understand this equation between a mother and her baby.

Though I never met that nurse again, I wanted to tell her that I left my profile corporate job to work from home while feeding my baby. I did that for at least two years.

Yes, I fed him for around two years till I conceived again. No one instructed me this time, I did it all because I felt the need. When you are in the hospital profession, you need to learn to first take care of the patient’s mental health.

Everybody kept telling me how to be a mom

Anyway, it wasn’t just the nurse but I feel that our society loves abusing mothers for every single mistake they make. Some times, it is not even a mistake but just that a person did not like the way we mothered our children.

Right from my relatives to doctors to even babysitters, no one was an exception. I realised that they weren’t the problem but it was our social frame and its patriarchal nature.

“You are a mother, you have to handle everything even though you have a full time job,” that was the immense amount of pressure that I dealt with. Interestingly, the pressure did not come from my husband but from people around us.

Even schools did that!

Even in schools, I saw this kind of attitude in some teachers. That mothers are hyper or over-possessive were the common dialogues of educators. These allegations might possibly be correct, but nothing comes without a reason.

Bringing transparency in school, valuing suggestions from parents will definitely help improve the situation. However, some teachers and even educators some times, do the exact opposite. They don’t mind even insulting a mother in front of her own child.

I still remember, my son’s sports day. Some mothers left after their child’s performance. “How can you leave without informing us? You irresponsible people, you call yourselves, mothers?” That was the exact sentence used by a teacher.

There was a miscommunication, I understand that. The parents were unaware of how long they had to wait. They were sitting in the scorching sun without any shade and thought of leaving after their child’s performance.

The situation could have been handled a little better than that. The teachers needed to understand that they were not inculcating good values in their students by insulting their mothers in front of them.

The main objective of my article is to create a co-operative environment in the society to the mothers struggling to juggle life. I personally felt, even though my husband is supportive, I was bullied and abused by our patriarchal society as a mother.

Remember, only a happy mother can raise a happy child. Thus, it is an ardent request to everyone in the society to co-operate with mothers if you can, but just don’t judge their motherhood.

If every child is different, then every mother is different too. Respect and value their individuality. Only, then will motherhood be a blessing and not a burden.

I am a tech founder, mother of two kids, a change maker, an Inventrepreneur and