Life After Stillbirth – A Mother’s Story

Losing a child brings deafening and suffocating silence in the parents' lives.

By the time Ankitha returned home it was 9 pm. She was exhausted but also feeling giddy. Arin her husband asked, about her health and she complained about the giddiness. The duo decided to visit a doctor immediately. After careful examination, doctors prescribed medicines and advised to take rest. With lots of discussion with each other and then with their respective families, they both took a vital decision. Actually a tough decision for Ankitha, but it was the need of the hour. She was 4 months pregnant with their first child and getting exhausted after every few hours in a day. So the doctor had suggested her to take more rest along with the necessary medication. She decided to concentrate on her baby and own health. 9 months passed smoothly and the due date arrived.  It was the day, for which they were not only waiting for the last 9 months but from 6 years since their marriage.

Ankitha and baby inside were in perfect health and the labour pain started two days before the due date. Arin took her to the doctor immediately and she got admitted to the hospital. She was following all the instructions of her doctors properly, she tried to push the baby out. It went on till 16 hours and the doctor decided to go for C-section. Ankitha was exhausted by this time and agreed with the doctor’s decision. The procedure went on well and the baby came out. She was in a subconscious state because of the labour pain and the operation. The doctor took the baby immediately out of the operation theatre.

Ankitha opened her eyes after three hours with the hope to see her baby besides her. She saw Arin and her parents seated around her, but her eyes were searching for her little bundle of joy. Then she remembered that the doctor had taken away the baby after the operation. She asked Arin about the baby and he replied that the baby is doing good and in a nursery. She insisted to see her baby but, Arin asked her to wait for a few hours. As the baby had some problem and doctors suggested keeping the baby in the nursery. As the nursery didn’t have access to all, she decided to wait for some more time. It was more than 36 hours and she hadn’t seen her baby.

This wait was more painful than the physical pain and she decided to go and check on her own. When there was no one inside the room, she ventured out. She searched every section of the hospital and reached the baby nursery. She asked the nurse outside the nursery room about her baby and got permission to see the baby from the glass door. Ankitha was exhilarated with a thought of seeing her baby finally. The nurse asked her the delivery date, time and the name of the parents. After checking her details, the nurse told her that it was a stillbirth and Ankitha had lost her baby after delivery. Ankitha collapsed on the floor and the nurse rushed her back to the room.

Ankitha lost her baby after the delivery, because of the health problems. Doctors tried to save her baby, but couldn’t succeed. Her family had hidden this fact from her just to avoid the immediate shock after delivery.

Ankitha and Arin had waited for 6 long years to see their  baby. Ankitha not only lost her child, but also a hope to live. Their dreams shattered in just a few moments. Ankitha took very good care of herself and baby during pregnancy and yet it happened with her. The family stopped discussing about the incident , As it was already over and nothing could bring the baby back. But in spite of all efforts from her family, Ankitha couldn’t get out of the agony of losing her child. She cried for most of the days and went into depression. She stopped going out of the house and hardly spoke anything to anyone. Losing a child brings deafening and suffocating silence in the parents’ lives. Same thing happened with Ankitha and she isolated herself from the world. The year passed like this and nothing changed. She neglected her own health and lost significant weight. Arin tried to take her out but she became weak and couldn’t even bear the sunlight. She suffered from major illness, anxiety and panic attacks.

This is a true story of a mother who has faced the despair of losing her child. Circa 2017, Ankitha is now a  doting mother of two healthy school going children. Her husband, family and friends helped her to come out if this loss in all possible ways. They gave her a hope to live her life. She recovered and gave birth to two healthy  and happy children. Now her life is complete with a supportive family, caring husband and two lovely children. She is the happiest woman who can’t stop adoring her little bundles of joy. The key people in her life didn’t leave by her side and helped her to come out of the loss. Every mother who goes though the  pain of stillbirth or similar problems, can get out of it by support from her husband, family, friends.

Help from family and friends

The friends and family should extend their hand of support to deal with this situation. After such a pain, the family suffers from a suffocating silence . Try to break that silence and interact with the mother. Visit the mother often and help her to come out of it. Avoid discussing about the incident, how it happened, why it happened.

Husband is the most important person in any woman’s life and he can help her to deal with such a situation. He should stand by his wife in the difficult  times.

A mother  might neglect her health after such an incident, which is absolutely not advisable. A mother should take care of her own health as per the doctor’s suggestion and  take proper nutritional supplements and medication for recovery from the delivery. 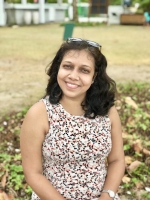 A Stay-at-home mom who loves to celebrate anything with a sip of coffee, rain-lover and laptop addict. I am re-living my childhood twice with my two naughty angels. read more... 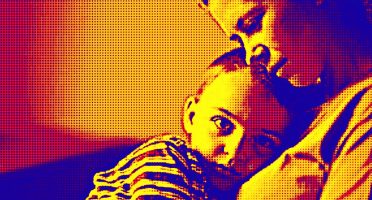 Find Yourself Anxious All The Time, Mommy? 7 Handy Tips For A More Relaxed You 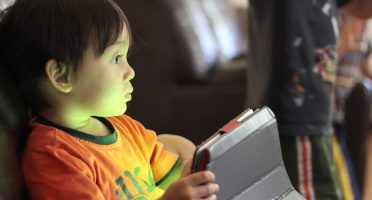