My Maid Is A Mother Too, But The Things She Had To Face…

A house help who is abandoned by her husband makes a living against all odds and struggles to be there for her son's wedding despite her husband's indifference.

A house help who is abandoned by her husband makes a living against all odds and struggles to be there for her son’s wedding despite her husband’s indifference.

The agitated clattering of the pots and pans was ominous. I knew I would shortly be taken into confidence about whatever was troubling Anamika. An extra loud clang had me hurrying into the kitchen with a “What happened? What fell?”

That was when Anamika, my help, raised a tearful face from the sink. “The wedding is in three days, Didi! And they didn’t tell me!”

Anamika had been my help for the past five years. She was of indeterminate age. In our conversations off and on, I had gathered that her husband had left her, on the pretext that she had not borne a daughter. She had five sons. Now this was a new one! What would you call it? Inverse discrimination? Whatever it may be, the onus is still on the woman to select the X or Y chromosome!

The husband who deserted her…

In a resigned tone, she had said to me, “Have you ever heard such an excuse, Didi? He has found a younger, prettier woman!” She said her husband did not contribute anything for the children. She had left them in the village, some with her own parents and some with her in-laws. Over the years, she had scrimped and saved to send money for her children, even working in houses where the treatment meted out to her bordered on abuse.

The children never thought twice before peppering her with demands—- be those for new shoes or top ups for their cell phones. She fulfilled these, even going without food sometimes.

Now this. The marriage of her eldest son had been fixed, and not a whisper of this did Anamika or her parents get. The husband and new wife had warned everybody against informing her. The wedding was to be on the Wednesday, but the rituals were starting that Sunday itself. She came to know on the Saturday, and from a distant nephew at that. It was a definite slap in the face for her, for, in the five-day rituals, it was the first day that the mother had the biggest role to play, and she was missing that—- her husband had made sure of that.

Then began the frenzied scramble for tickets. She asked me if we could get them online. She knew all the trains that she could take, yet I was not able to explain the concept of waitlist to her— every waitlist was running into hundreds, obviously. In that moment, she seemed to me a pitiable mix of street- smarts and ineptitude.

“Just get me into a train, Didi, no need of reservation! In the daytime they will let me sit on a seat, sharing with others; and in the night, I can sit on the floor, maybe lie down even, if there is space—- I just have to get there— I have to see my son married—- I am his mother after all— !” Her chin went up defiantly, even as her eyes welled up again. As for me, I felt exasperated and sympathetic, in turns.

We did get her a ticket, with no reservation. Incidentally, in the process I discovered she was 38 years old. Only 38!

Ticket printout in hand, she set off blithely. It was I who had niggling doubts, because of a sense of responsibility. Did she board the right train? Did the TT make her get off midway? Would there be an ugly scene at the wedding when she did reach? Violence, even?

I picture her, a forlorn figure, resolute in the single minded aim of being there to watch her son married; clutching her meager belongings as a shield against the world. I see her huddled on the floor of the train, maybe getting a kick or two if she was in the way. Yet I know she is doughty enough to face the travails of travel and sure-fire rejection on arrival.

Come back, Anamika, to your hovel in the city, where the day dawns for all your “mydums” when you enter their chromium-and-glass homes. The impersonal, unfeeling city is still a better bet than your familiar yet cruel village. 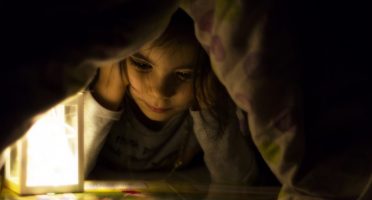 Can We Use Lessons From Our Childhood Memories Of The 1971 War In This War Against COVID-19?